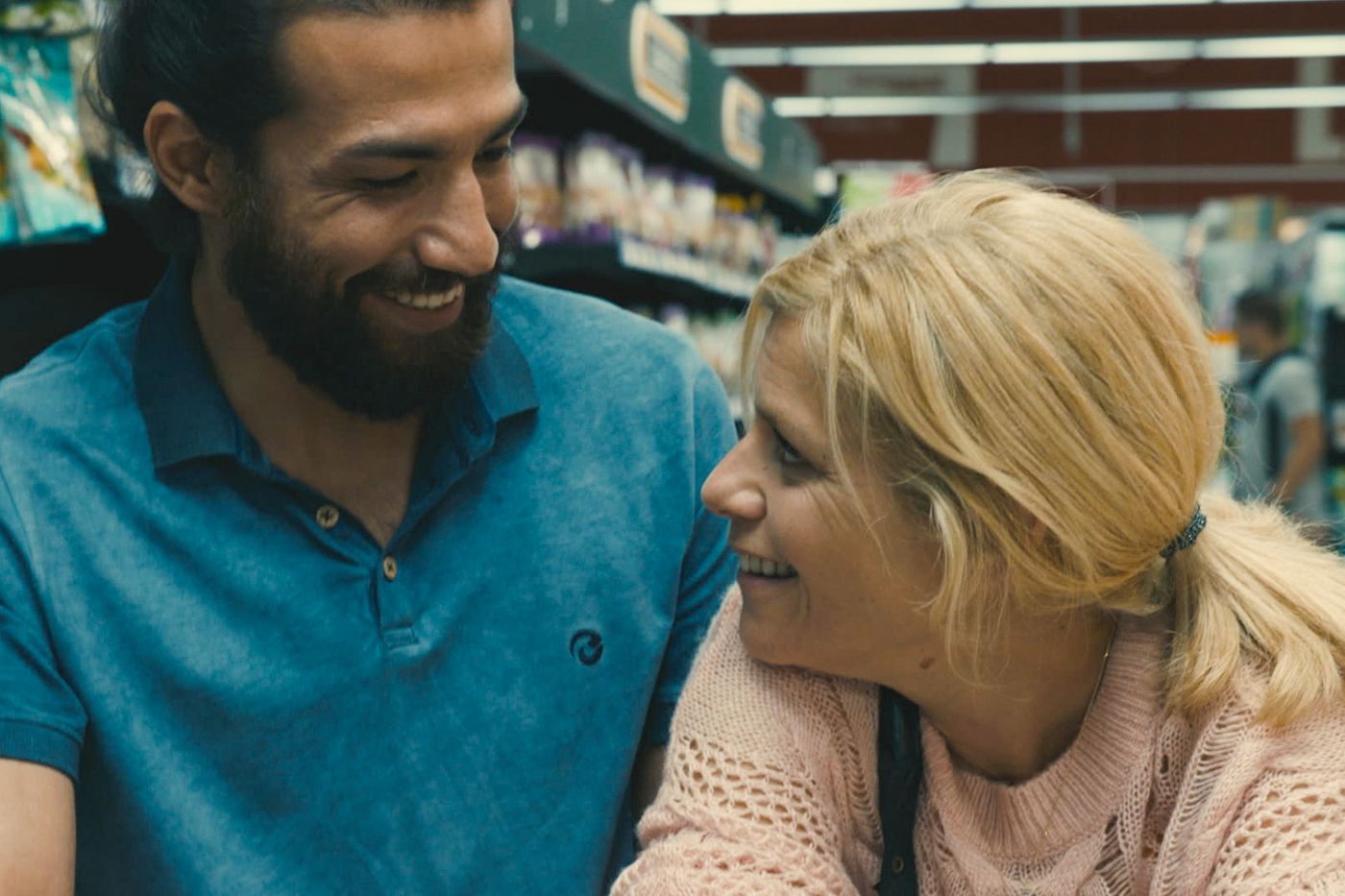 Caregiver in Calais, Béatrice has just lost Franck, her policeman husband who beat her and died of cirrhosis. Emptying her cupboards and donating her clothes is a matter of mental hygiene for her. After her night shift at the hospital, she felt compelled to escort a Sudanese man back to the “jungle” after hitting him with her car. There, she discovers the volunteers who try to improve the harsh daily life of migrants stranded at the border on their journey to Great Britain. She returns there to drop off her husband’s belongings, which are more useful to these men than in a cupboard.

The couple’s friends, colleagues of the deceased and their wives, reacted strongly. Among these supporters of the National Front, illegal immigrants must be fought by all means. Intoxicated by regaining her freedom, including that of thinking, Béatrice nevertheless returns to the camp where she meets Mokhtar, an Iranian who had his mouth sewn shut to protest against the dismantling of part of the camp.

A project led by Marina Foïs

It was Marina Foïs who led the project to adapt the book by Béatrice Huret, Calais my love (Kero), co-written with Catherine Siguret. It was she who found producers and directed them to actor Jérémie Elkaïm to direct the film. It is also quite naturally her who interprets this explosive heroine, whose passage from xenophobia to support for migrants in Calais is prolonged by a love story with Mokhtar (Seear Kohi, magnetic) as complex as it is overwhelming. Rebellious and unvarnished, she embodies with a rough sensitivity a woman who, entering the jungle of Calais, changes her gaze. The metamorphosis, subtle and in small steps, rings perfectly true.

For this first feature film, the sensual camera of Jérémie Elkaïm makes us feel the awakening of feelings and bodies. they are alive escapes the pitfalls of bluette and Manichaeism. Faced with her tough Béatrice, migrants and volunteers do not always have the best role, with special mention to a journalist, as unashamed as she is endowed with good intentions, interpreted by Laetitia Dosch, exasperating at will. In the face-to-face of Béatrice and Mokhtar, Romeo and Juliet that politicians want to separate, universal issues are invited, such as the opposition between love and the pursuit of dreams that preceded it.