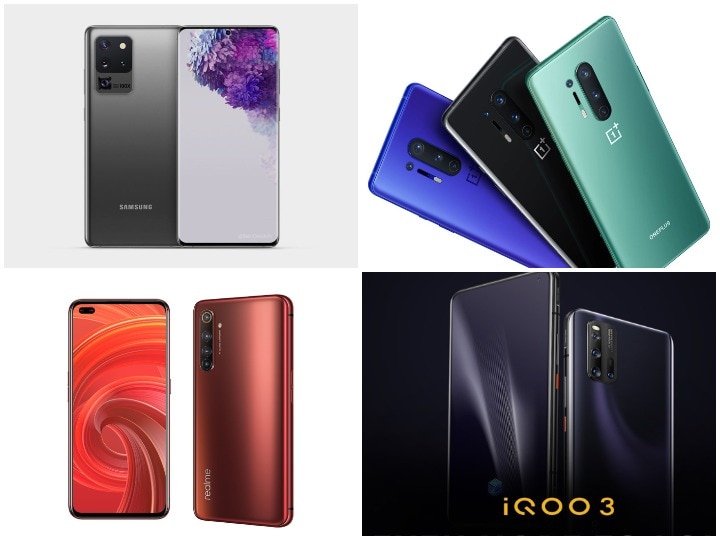 Oppo A53 5G
Sometime back Oppo launched its A53 5G. This phone is the 5G version of Oppo A53. The company has currently launched it in China and it can be launched in India soon. The price of 4GB + 128GB variants of Oppo A53 5G has been kept at around Rs 14,600. This phone is in Lake Green, Secret Night Black and Streamer Purple Color Option.

This smartphone has an octa-core MediaTek Dimensity 720 processor and this smartphone is based on Android 10 based ColorOS 7.2. It has a 6.5-inch full-HD + display with 90Hz refresh rate and 120Hz touch sampling rate. Up to 6GB of RAM has been given in the 5G variant. The phone has a battery of 4,040mAh. The smartphone also has a 16MP primary sensor, 2MP macro camera and 2MP portrait sensor.

A 6.55-inch AMOLED display can be given in Realme X7 Pro 5G. Its refresh rate is 120 Hz. This phone is equipped with Dimensity 1000+ processors. It has been launched with 8 GB RAM and 128 GB storage variants. In addition, it has a quad rear camera setup with a 64 megapixel main camera, which has an 8 megapixel ultra wide lens and a 2-2 megapixel macro lens and depth sensor. It has a 32 megapixel selfie camera.

iQoo U3
iQoo has launched a new 5G smartphone iQoo U3 in China. iQoo U3 is said to be the cheapest smartphone ever. The official launch information has not been revealed in other countries including India. But it is believed that it can be launched soon.

The iQoo U3 has a 6.58-inch LCD display, which has a resolution of 1080×2408 pixels and a refresh rate of 90Hz. This phone is equipped with MediaTek Dimensity 800U 5G processor. The phone has 8 GB of RAM and 128 GB of storage. iQoo U3 has Android 10 based iQoo UI 1.5 operating system. It has a dual rear camera setup, with main lens 48 megapixels. The second lens is of 2 megapixels. It has an 8 megapixel lens for selfie and video calling.

Before paying on WhatsApp, keep these 5 important things in mind