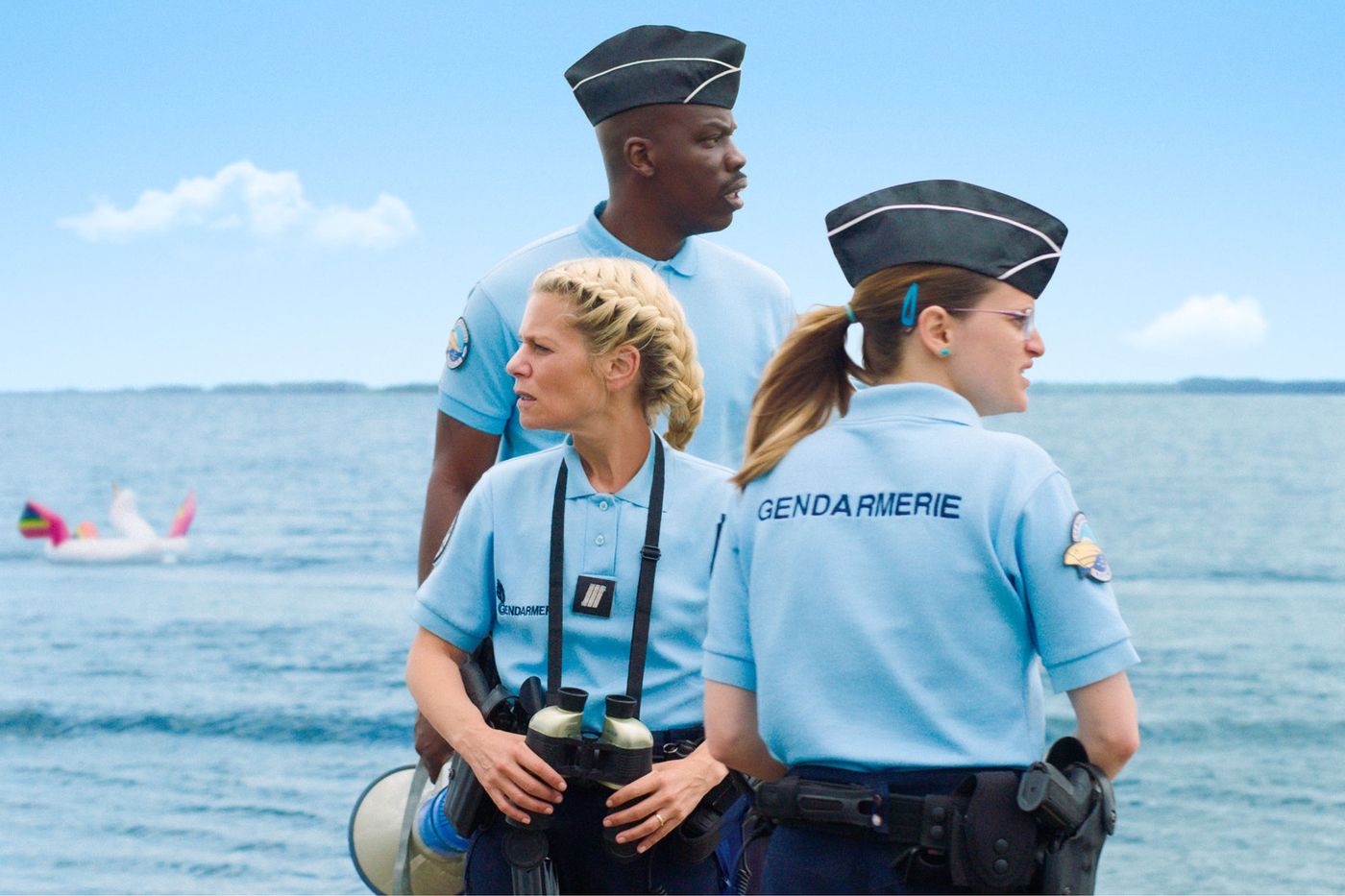 The Year of the Shark *

It is not Spielberg who wants. But it is indeed with reference to Sea teeth that Ludovic and Zoran Boukherma valiantly wanted to rub shoulders. The east coast of the United States in 1975 versus the coastline of southwestern France today. Marie-Jeanne, known as “Maja”, does not take her police duties lightly at La Pointe, a seaside resort in Gironde which is very popular in the summer. It verbalizes the unwary who navigate near sandbanks and helps them to get out of trouble. Her colleagues say of her that she married in uniform. It is very likely that she takes it off reluctantly at night to go to bed.

Her husband, the tender and devoted Thierry, is impatiently awaiting his retirement to spend peaceful days with her, between the beach and the campsite. The same is not true for Maja who loves nothing more than her job, her strict rules and her reminders of the law of the breakers. But the day has come, at only 50 years old, to give way to young people. When she finds only the leg of a missing swimmer, she gets it into her head that a shark is responsible for his death. She obtains from her hierarchy the postponement of her retirement for a week in order to settle this last case, perhaps the most important of her entire career.

A bias mixing suspense and comedy that quickly turns short

The Year of the Shark allows itself a few winks (or borrowings) from Sea teeth, like the local authorities who are dithering about the decision to ban bathing for fear of the economic fallout on the resort. But when the responsibility of the shark is established, it is impossible to back down. The Boukherma brothers manage to create real tension around this monster of the seas, without skimping on the pieces of corpses that wash up on the coast.

They effectively portray the quirky little universe of a seaside resort with its codes and its quiet arrogance towards the tourists who bring it to life. But their decision to mix suspense and comedy quickly turns short by defusing both. This heterogeneous alloy generates a wobbly film which does not manage to advance on its two legs. The stubborn and monomaniacal energy that Marina Foïs deploys is not enough to give her unity, especially since alongside her, the secondary characters do not have enough substance to exist. Recall in passing that in the world less than ten people a year die from shark attacks. On the other hand, at least tens of millions of these animals are killed each year, mainly for the fin trade.