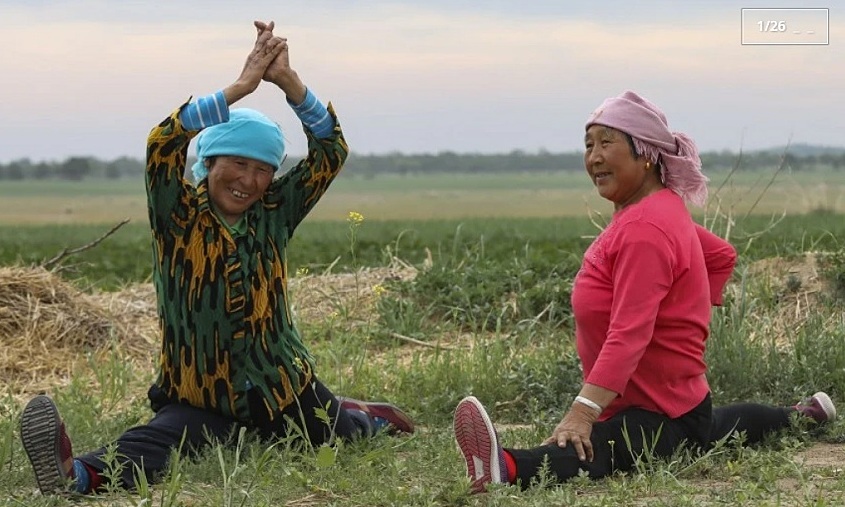 ChinaYugouliang is known as the “first yoga village in China” because every resident, with an average age of 60, practices yoga.

In 2016, 56-year-old Lu Wenzhen was sent to be the party secretary of Yugouliang village, in Hebei province, with the task of eradicating hunger and reducing poverty. The young people of the village all go to work in the city, only the old people stay. “The village didn’t even have a grocery store, just rubble everywhere,” Mr. Lu recalls.

After settling down, Lu tries to help the villagers get out of poverty. He happened to discover that the elderly in the village like to sit cross-legged, similar to the lotus position in yoga. “Teaching people to practice yoga to stay healthy, can go to work and earn more money,” he thinks.

When Mr. Lu said his idea, the villager, who had never heard of yoga, assumed that the secretary of the sect organized it. Some even denounced him to the authorities.

After Lu’s persistent persuasion and the coordination of the local women’s president, eight women took part in the first practice session. Gradually, the good news spread, many villagers knew that yoga could help relieve pain after working in the fields for many hours. Since then, they come to practice more and more every day, up to now, 100% of the people have participated in the practice.

A video of them working out has garnered 76,000 likes on Kuaishou, a TikTok-like platform. Social media users named Yugouliang “The first yoga village in China”.

“My husband’s pain in his arms and legs has subsided with yoga so I joined in,” said 79-year-old Wu Qilian. Wu has been practicing yoga for five years and is also a social media celebrity.

She created her social media account in 2019 with the help of her grandson and now has more than 160,000 followers.