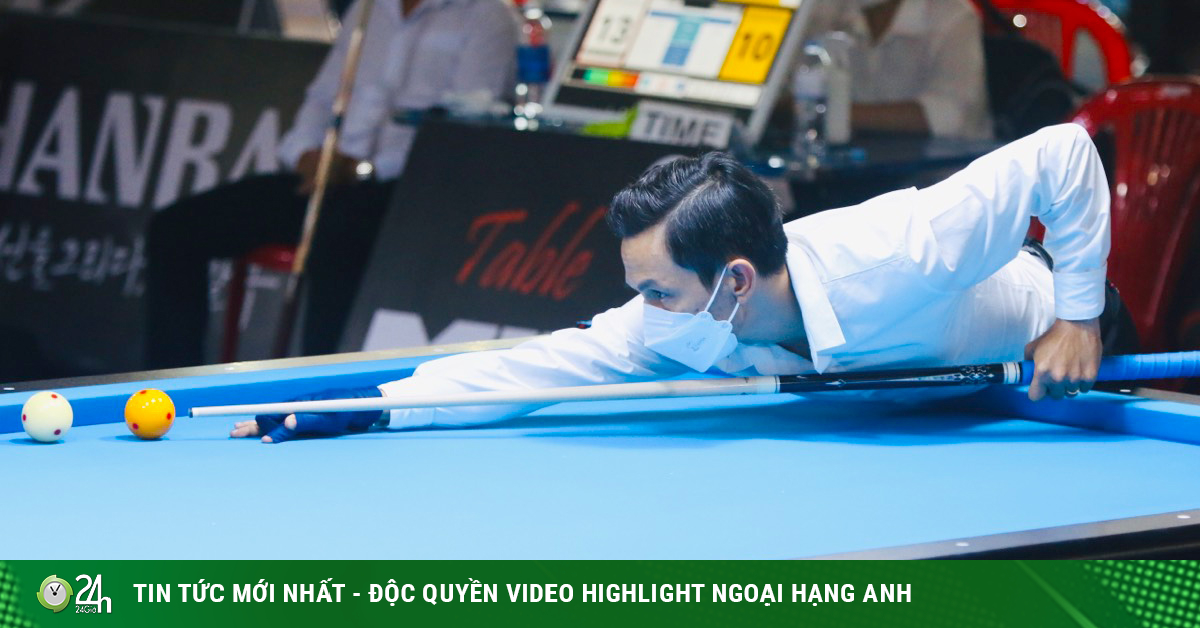 (Sports news, billiard news) One-band carom champion of the National Championship round 1 – 2022 Nguyen Huu Thanh once shocked the world with a record of 21 points in the 3-band carom category.

Huu Thanh won the national championship after the suffocating final

At the final carom 1 tape of the Billards & Snooker National Championship round 1 – 2022 taking place on the afternoon of March 9, the audience witnessed a super dramatic match between Nguyen Huu Thanh (HCMC) and Huynh Xuan Chau (Binh Dinh).

Huu Thanh celebrates after a dramatic victory in the final

Huu Thanh took the lead 32-18 but with a 27-point line, Xuan Chau led back 45-32 after the first half. At the beginning of the second half, Huu Thanh equaled the score and put the match into an extremely competitive position. interesting. After the fierce points race, both players had the opportunity to end the match, but it was Huu Thanh who made better use of it to win the title with the score 80-71.

For the first time being crowned the one-band carom at the national championship, Huu Thanh shared with a broken voice: “I was very lucky to not have to pay for a few wrong shots at the end of the game, especially in the game. decisive score”.

A well-deserved championship for a 31-year-old mechanic

Speaking humbly, but this championship of Huu Thanh was completely deserved when on his way to the throne, he in turn beat Cadre record holder 47/2 Do Minh Dong with an overwhelming score of 80. -29 and young star of the World Cup Chiem Hong Thai with a distance of 80-37 after 9 innings.

Huu Thanh is the owner of the highest body line in this year’s 1-band carom category with 49 points.

In particular, Huu Thanh also caused a “fever” in the world with an unbelievable muscle line in the 3-band carom genre.

The waiter who shocked the billiards world

Specifically, in 2019 at an open tournament in Ca Mau, Huu Thanh did the unthinkable with a goal of 21 points, a record that no other player in the world has achieved. 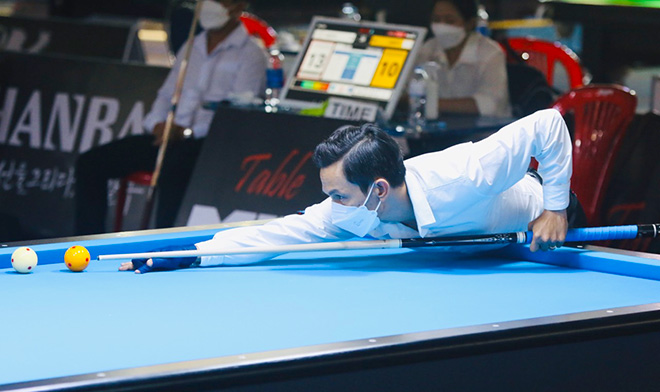 At that time, the name Nguyen Huu Thanh and the clip recording this shot appeared on the world billiard forums, praised by famous international billiard writers.

“I left my hometown of Dak Nong to move to Ho Chi Minh City to start a business in 2009 when I was 18 years old. To be able to pursue my passion for billiards, I chose to work as a waitress, cleaning balls at a club. Working at the billiards club can both learn more experience from the players, when there are no guests, you can take out the balls to practice and save money, “Huu Thanh said.

With his talent, passion for billiards as well as his honest and sincere way of talking, Huu Thanh was trusted to be assigned the management job and now, he has become the owner of a famous billiards club in Vietnam. Thu Duc city (HCMC). Nearly 13 years of competition, Huu Thanh won 3rd place at the National Finals 2019 and won many movement tournaments in Vietnam. Ho Chi Minh City World Cup in May and the final round of the National Championship in June 2022 are Huu Thanh’s next two major tournaments.

Next June at the national final round, Huu Thanh will compete in both 1-band and 3-band carom events: “I come from the libre genre, these techniques help me a lot when transitioning to competition. carom fight. When playing with colleagues, I will choose to play 3 tapes. Every day I will spend another 2-3 hours to practice 1 tape carom. My goal is to win the national championship and go deep in the next Ho Chi Minh World Cup in Vietnam.” 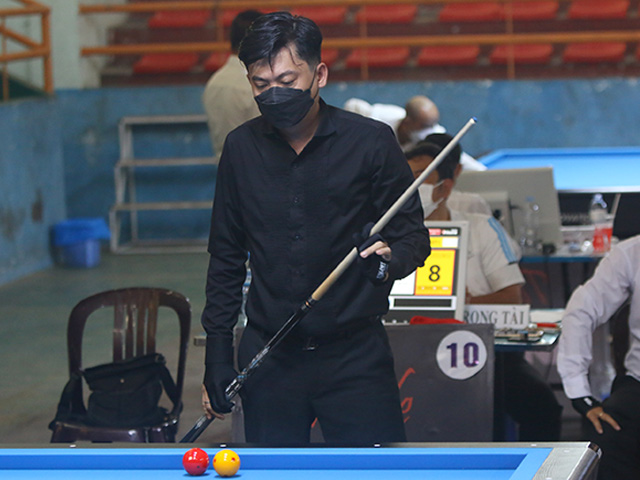 (Sports news, billiard news) The 3-band carom content of the National Championship Round 1 – 2022 is witnessing a lot of shocks when a series of players like Duong Anh Vu, Do Nguyen…