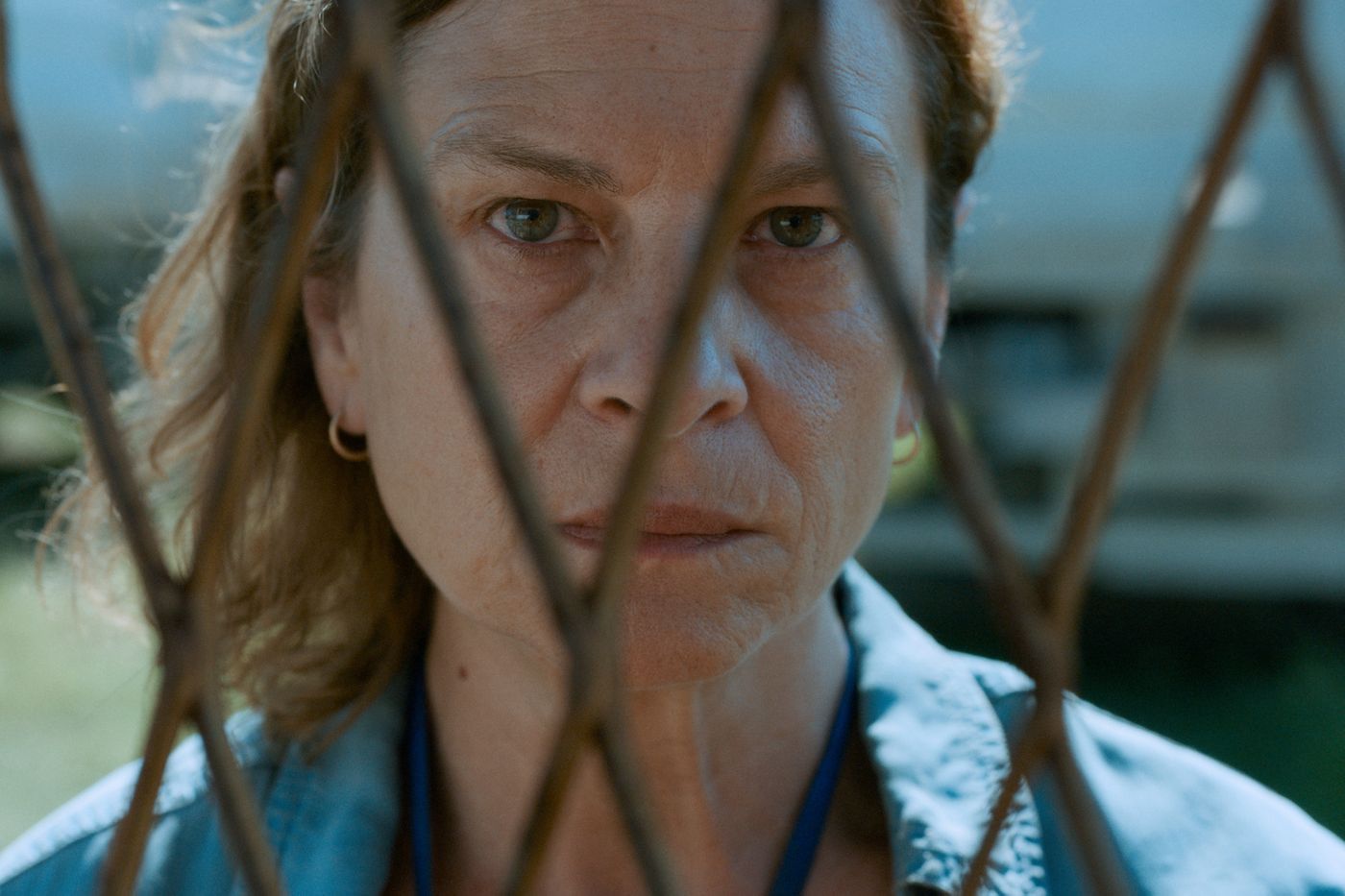 Aida runs. She runs everywhere, from one end of the UN base in Srebrenica to the other where, on July 11, 1995, the Dutch soldiers of the interposition forces will assist helplessly – when they will not lend a hand – the extermination of more than 8,000 men and adolescents by the Serbian troops of General Mladic. The agitation of Aida, a professor who acts as an interpreter between the peacekeepers and the local authorities, is opposed throughout the film to the passivity and resignation of a helpless staff in the face of the tragedy that one and the other feel looming.

It is through the fate of this woman, torn between her duty and her desire to protect her own family, that Bosnian director Jasmila Zbanic (Sarajevo my love), chose to reconstruct the hours leading up to the bloodiest massacre in Europe since the end of World War II, just “40 minutes flight from Vienna and less than two hours from Berlin”. In the space of a few hours, Aïda sees everyone collapsing and witnessing incredulously the inability of international forces to prevent the inevitable.

As the soldiers of the army of the Serbian Republic entered the city that day after having bombed it, the population believed to find a safe shelter inside the UN base supposed to ensure compliance with this. “Security zone”. 5,000 people will manage to enter before the submerged soldiers close the doors. 25,000 others gathered in front of the barriers, including Aida’s husband and two grown-up sons.

The springs of a massacre

This is the main relay between the inside and the outside of the camp, assists the doctor who treats the wounded, reassures each other, translates the instructions of the staff that however she disapproves but will try especially by all the means to bring in his family, thinking of putting them permanently in safety. Including by having her husband appointed as one of the representatives of the population in the front negotiations that the unarmed UN forces are forced to open with the Serbs.

The Dutch troops and their commander, Colonel Karremans, do not come out of the film grown up. The humiliation suffered by the high-ranking official during the negotiations during which General Mladic does not even deign to speak to him, his coldness towards the local populations as his lack of courage to face the situation when the worst occurs are properly terrifying. But it is less for the director to blame the men than to dismantle the springs of such a massacre, in particular the impotence or even the indifference of the UN troops, through the open eyes of her heroine.

The portrait of a courageous woman even in her resilience

“It’s terrifying to think that such a genocide could have happened before the eyes of Europeans when we had all repeated tirelessly ‘never again'”, she explains. As such, the methods of the Serbian troops who separate the wives and children from their husbands, patrol with police dogs and take the population aboard trucks are reminiscent of other dark times.

→ REPORT. In Bosnia, thousands of families are still looking for their dead

Through this intimate drama, that of Aïda, the film avoids the trap of a morbid reconstruction. To the massacre itself which takes place off-screen, Jasmila Zbanic prefers to film the faces in close-up for a long time, those of the victims as well as those of the executioners, in order to show their common humanity.

Above all, she paints the magnificent portrait of a woman, played by actress Jasna Duricic, courageous even in her final resilience. Because how to overcome hatred to continue living with his executioners ?, seems to be wondering the filmmaker whose filmography has never ceased to explore the traumas of this war.

Nominated for the Oscars in the category of best foreign film, selected last year at the Venice Film Festival, the film received the Signis prize (the equivalent of the ecumenical jury in Cannes). “Because it makes present in our memory, with an incredible force, one of the worst events of the recent history of Europe” corn “Gives way to hope”, underlined in our columns Guillaume Goubert, then director of The cross and member of the jury.

Chronology of a genocide

1991. Beginning of the war in Yugoslavia. Croatia and Slovenia declare themselves independent.

1992. Proclamation of the independence of Bosnia and Herzegovina and initiation of the Serbian offensive.

July 1995. Srebrenica Massacre. 8,730 victims, all men, were
identified. The massacre is qualified as genocide by the International Criminal Tribunal for
the former Yugoslavia.

2011. Arrest of Ratko Mladic, tried and sentenced to life imprisonment for crimes against humanity and war crimes in 2017. A verdict upheld on appeal in 2021.

June 2017. The Netherlands are held partially responsible for the deaths of 350 Muslims who took refuge in the UN base and handed over to the Serbs.