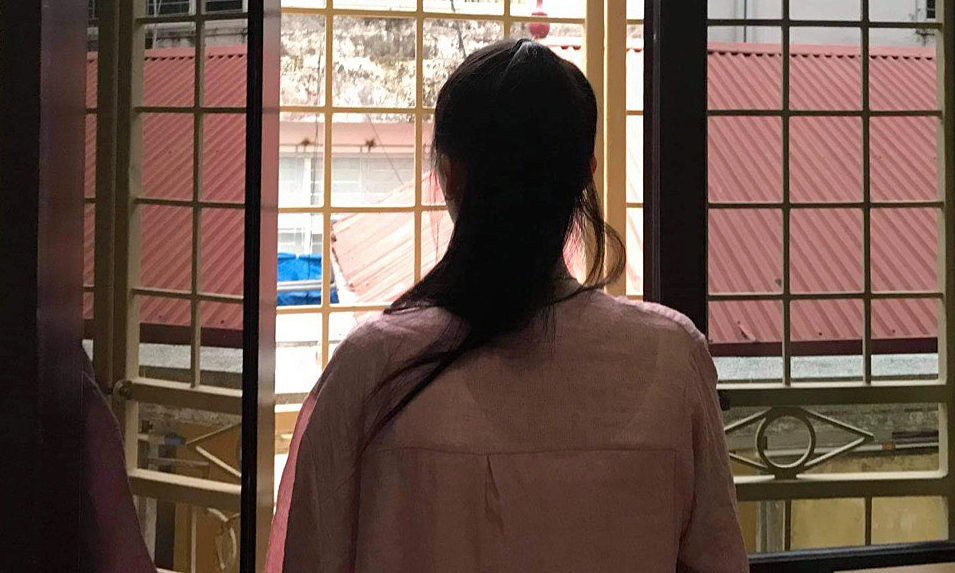 The marriage broker tricked Anh into marrying a mentally problematic, nearly 40-year-old man in Inner Mongolia where there was only one way in and out.

One day in September 2015, Minh Anh hugged her mother and cried and walked out of the house with the walls covered by shrimp food packaging. The neighbor who is also the matchmaker for the girl to marry a Chinese man leads Minh Anh to go straight to the northern border.

“My future husband is 29 years old, lives in a small city in northeast China, has his own house and car,” the matchmaker told Anh’s parents. Like many girls in the southwestern coast, the 15-year-old girl also nodded because she believed that the money paid to her parents by the groom’s family would help her family “feel better.”

At the border, a neighbor handed Anh to another group of people. They put her in a car for nine consecutive days, deep into Chinese territory. The stop was a sparse village, four sides of only grasslands and cattle, unlike “a small city”, only a monopoly road tens of kilometers long to get in and out of the village. Anh’s husband is also not a “29 year old boy” but also has mental problems.

Knowing that she was deceived, Minh Anh bit her teeth in resignation, regarded as “fate arranged”. The reputation of being married, but every day, Anh is just around the house under the supervision of her grandparents. At the end of the first year of not being pregnant, she was relieved of all her frustrations from her husband’s family, despite the problem with their son.

What disappointed the Vietnamese bride the most was that her husband’s family did not keep their word. The year of death is not enough to marry, so they promise to return to Vietnam when they are 18 years old. They also promised to send her money to send home and to work with. But in reality, Anh is only allowed to work with his family, can not call home, nor can he use the money.

One summer day in 2018, her husband’s family took Anh to artificial insemination (IUI). But this time it was unsuccessful. In the winter, she was forced to work a second time. The injections made Anh feel cold, but she accepted it because she heard that she would go to a bigger city. Anh had long wanted to flee and knew that there would be no chance if she stayed in this self-governing village, irreversible, and foreign.

At the hospital, wherever she goes, someone from her husband’s family goes there. All attempts to run away or ask for help have been suppressed since the “infancy”. The second IUI failed, Anh’s feet were swollen, aching and unable to walk in the cold winter. She refused to go the third time when she was locked up, beaten and starved. They threatened to sell her.

After months of being locked up, Anh agreed to leave on the condition that they had to buy a phone to call home. In October 2019, for the first time after more than 4 years of disappearance, Anh’s parents received their child’s phone. The family could not have expected their daughter to be in such a terrible situation. They immediately informed the border guards in the area, thereby connecting with the Blue Dragon Children’s Organization (Blue Dragon) through conducting the rescue.

Over the months, Anh had secretly communicated with the Blue Dragon’s rescue team. The first time she planned to escape was one night in June 2020, when her husband was away from home herding cattle. But suddenly that evening he returned. The plan was broken.

Two days later, Anh’s husband and mother drove the cattle to the blanket. In the village suddenly some cows died. The village chief mobilized all the people to go up the hill to handle it to avoid the outbreak. The father and the husband’s grandfather went away, the workmen next door were also scattered. The village was suddenly deserted. Anh knows this is the time to take risks.

She asked her grandmother’s permission to go to the neighbors to pick vegetables. Out of the house, she ran through. Apart from the phone, there was no item on Anh. Running for about an hour she reached the meeting point, or the rescue team car also arrived. The rescue van ran at the highest speed possible and it took more than an hour to reach the main road.

Hong Luong, the coordinator of the anti-trafficking program of Blue Dragon, said this was the most difficult rescue they ever made. Initially, the team had difficulty communicating with Anh because she was controlled by her phone time, then instructed her to use her smartphone and set up a WeChat account so that she could communicate. It took three months to assemble the clues, the rescue team was able to locate the village where Anh was being held, nearly 5,000 km from his home country.

They planned to rescue Anh in February 2020, but at this point Covid-19 broke out in China. Travel restrictions on the territory were set up, the border of the two countries closed. Access to Anh is not possible.

Once the epidemic was temporarily under control, the team set out. It took them more than a week to travel by various means to reach the village. The members stayed for many days outside waiting for the opportunity. And when they got Anh, it took them nine more days to take her off the Chinese border.

“Usually Vietnamese women are sold to remote areas. They escape mostly because of the mountainous terrain. But with Anh alone, it is impossible to escape that monopoly road. Several times.” She was caught by her family members when she ran away, “said Minh Chau, a psychologist of Blue Dragon, who supported Anh’s psychological recovery.

Minh Anh was quarantined for 14 days before being picked up to Blue Dragon headquarters, at the end of June. By the time she crossed the border, no one, not even Anh, knew she was pregnant. The health examination the next day she arrived in Hanoi determined that she was 7 months pregnant, and she was twins.

“To Anh this was a big shock. As soon as she had a flash of hope to do it again, her life was filled with new difficulties. In her heart, it was tormented by the thought that people marry foreign husbands to change their lives. And she returns to the burden on her family.As for Anh, the journey to recovery will not be easy. The experience of being trafficked leaves scars that are difficult to heal, even more difficult when the experience takes place at Such young age, “shared Than Thi Mai, a social worker at Blue Dragon.

Contrary to her worries, Anh’s parents feel sorry and love their children a lot. Only three days after returning home, Anh went into labor. Despite premature birth, but two babies are well cared for, by the 5th month each baby is approximately 6 kg. Anh took care of the child while going out to help her sister sell the country and initially integrate into the community. Blue Dragon provides monthly subsidies to ensure lives for parents and children and the local government is working together to build a solid house for the family. Psychologists and social workers talk to Anh often.

Everything seems to be fine, but in the middle of December, a big event happened again in Anh’s life. Her daughter died suddenly after 3 days of pneumonia, and her son was hospitalized. Hearing the news, everyone who helped Anh were shocked.

“There are really lives where the spotlight cannot be found,” said Than Thi Mai, who has eight years dedicated herself to supporting trafficking victims – feeling helpless.

The old scar has not healed, now she adds a new wound to the girl who has just turned 20 years old.

The rescue of the victims of human trafficking is an effort of Blue Dragon in coordination with the police and authorities of many countries and hundreds of thousands of stressful working hours. Blue Dragon employees face countless dangers in order to get the victims to safety. After the rescue, they continue to support the victims, provide psychological counseling, advocacy, court representation, family reunification, shelter, health care, education and vocational training. , job search … All aim to help victims recover and build new lives.

* Some character information has changed.