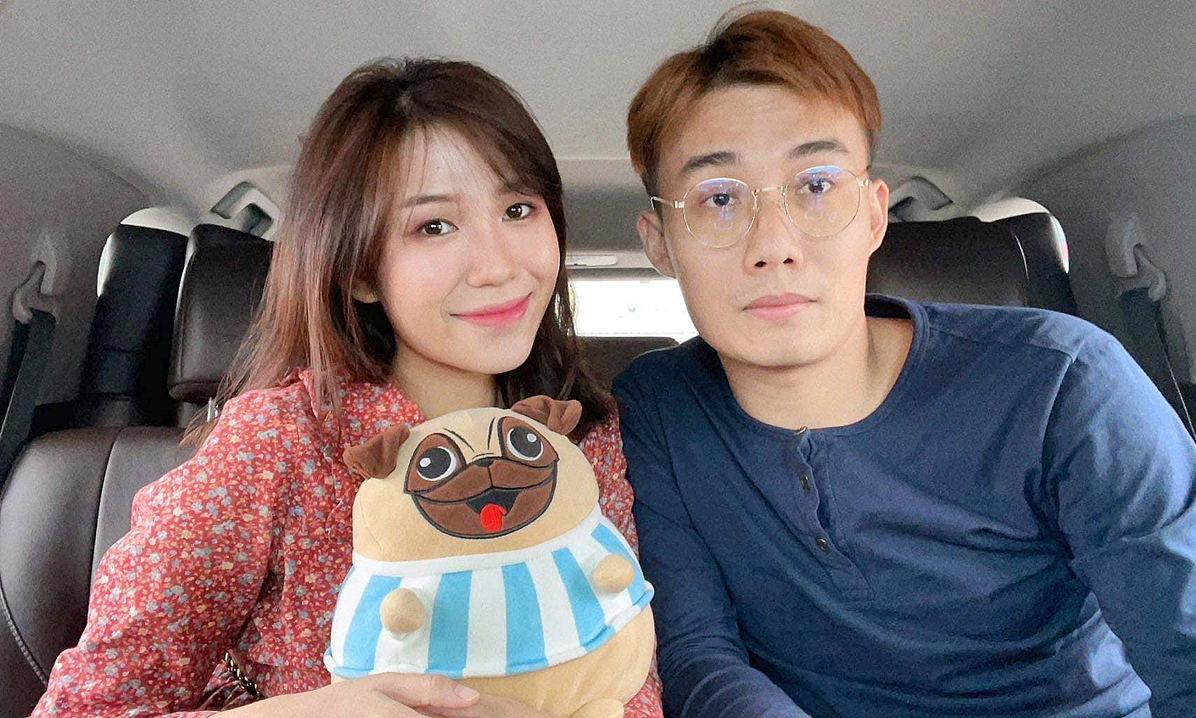 The Thai standard of picky son-in-law used to discourage Tuan from thinking “or go home to get married”, but his love for Natthaya helped him overcome obstacles.

Le Anh Tuan, a native of Nhu Thanh, Thanh Hoa, met Natthaya Thanasirimethee in 2015 in Bangkok. Once he was sick, this female doctor examined and prescribed medicine. The Vietnamese man recovered from his illness, but he fell in love with the doctor with a smile and a cute voice.

“At that time, I wondered about the educational and economic gap between the two, but her figure kept occupying my mind, so I was determined to follow my heart,” said Anh Tuan, 28 years old.

The young man from Thanh had a good academic background, but as soon as he grew up, he dropped out of school and followed his friends to Thailand to do business. Having made a living in a foreign land for a while, Tuan realized that if he was fluent in Thai, he could do many other things, giving him a much higher income than carrying and washing dishes.

He invested in learning the language and by 2014 was able to practice translating and leading Vietnamese tourists to markets and temples. However, when familiar with Natthaya (close name is Nat), Tuan’s income still only fluctuates about 7-8 million VND a month, and her salary is three times higher.

After a few days of ideological struggle, he decided to pursue. Knowing that she likes milk tea, he “goes to the back door” of the shop owner next to the clinic, bringing water to her twice a day. He cares about her every meal, every day sleep.

The rain soaked for a long time, until one day Natthaya also fell in love with the foreign boy’s love. However, the first two times Tuan confessed, Nat refused. That day, she heard bad words about Vietnamese men such as violence, patriarchy, and little care for the family, so she did not dare to open her heart completely. “He tried very hard to explain to me that there are good and bad people everywhere and give him a chance to prove it,” Natthaya said. The third time she was asked, she nodded.

After half a year together, the young couple’s feelings deepened. Natthaya’s parents told her to bring her boyfriend home. Before the debut of his girlfriend’s family, the Vietnamese man was extremely afraid because Thai people have very high standards for choosing a bridegroom. First, you have to prepare a bride price of about 150 million VND. Once married, a man must be able to support the economy, as well as take good care of his wife and children. His girlfriend’s parents’ house in the coastal city of Pattaya has a row of houses for rent, the economy is quite good.

The pressure made Tuan eat and sleep restlessly. There was even a time when he thought “give up this love, go back to your hometown to get married, you won’t worry about the differences”. But contrary to what Tuan was worried about, on his return day, Natthaya’s parents gave him a hug and talked comfortably. Two days here, he was warmly received.

Khun Pho, Nat’s father, shared that he was “very impressed because it is rare for a Vietnamese boy to dare to pursue a Thai girl like Tuan”. However, he also made it clear that his family had a divorced eldest daughter, so he didn’t want Nat to fall in her sister’s footsteps. Nat’s husband must be a person who is both an economic pillar and knows how to take care of his wife and children. “Men must be able to overcome what is in the present, if they work hard, they will succeed,” he advised.

Mr. Khun Pho’s words of encouragement added to Tuan’s motivation. After that, he switched to organizing tours, not just guides as before. In 2016, Anh Tuan collected 200,000 baht (about 140 million VND) to marry Nat.

After getting married, the career of the young man from Thanh became more and more developed. From opening single tours, he accepts larger tours, bringing the type of travel to experience and enjoy, not to noisy and busy places as usual. Tuan also opened a car rental service.

Every year, millions of Vietnamese people travel to Thailand, according to statistics from the National Administration of Tourism. But very few Vietnamese here do tourism, so Tuan’s services attract customers. At one point, he had up to 8 rental cars, earning hundreds of millions of dong per month.

Work is so busy that Tuan is away from home 28 days a month, after work to receive guests, there is almost no time for family. From the Vietnamese to work as hired labor, now working as the leader of dozens of Thai people, at times Tuan was overconfident. “I forgot my original goal, which is to earn only a few tens of millions of dollars a month, and have time to take care of my wife and children,” Tuan shared.

To have time to take care of her family, Natthaya turned to an online business. But her sacrifice did not help a home without a man. The once happy girl is now often sad, making her father also notice.

The father-in-law called the groom to talk three times. He expressed concern for his daughter and granddaughter, fearing that his son-in-law had forgotten his old promise to take care of his daughter. “Money is important, but family is more important,” he said.

But the first two times, Tuan was still eager to make money, so he was not enlightened. “It wasn’t until the third time that I absorbed it,” he confessed. That’s when Covid-19 broke out, the tourism industry started to suffer. Being away from home, Tuan has more time at home. He realized that when he went to work every morning, his wife gave him a warm hug and kiss. In the evening, the husband and wife have a meal together and let their children go out together. But now, the house is tall and the door is wide, the rice is cooked so that the people eat first, the husband and wife see each other and are indifferent like strangers.

Since then, Tuan assigned employees and collaborators to receive guests. After work, he goes home to his wife and spends time with children. On weekends, he takes his wife and children to the temple to pray for his family’s blessings as is the custom of the Thai people.

Covid-19 raged, the tourism industry froze. Tuan had to sell his car, and some of the land he bought had to be sold to pay off his debt. He switched to carrying passengers and opened a YouTube about life as a Thai-Vietnamese bridegroom. That is also when Tuan and his wife decided to move back to the house they bought before in Pattaya to spend time with their parents. From the day he returned, the groom and his father-in-law cooked, fished, went to the beach, and attended temple ceremonies. The father and son are so close that “a father cannot lack a son-in-law, a son cannot lack a father”.

After 6 years of marriage, the Thai wife is completely satisfied with her Vietnamese husband. He adores his wife, loves his children, and is especially good at pleasing his father-in-law. Tuan often buys him clothes and cooks many delicious dishes, making Mr. Khun Pho now “addicted” to spring rolls, spring rolls, vermicelli with shrimp paste…

Currently, the tourism industry has gradually recovered, so Tuan and his wife return to Bangkok to do business again, and at the same time develop new content for the YouTube channel in the direction of exploiting people, culture and tourism in Thailand.

“I am very grateful to my father-in-law for giving me the opportunity to be his son-in-law and for always teaching me to be a better version of myself,” the groom said.