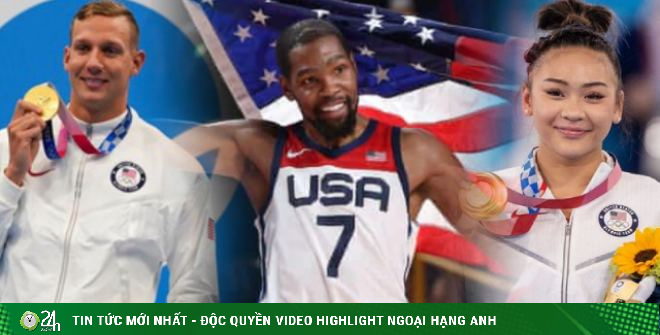 (Sports News – Tokyo Olympic News) Although maintaining the number 1 position in the entire team, the unique position of American sports has been shaken violently at the Tokyo Olympics.

The Tokyo Olympics saw the race to the top of the most dramatic team in Olympic history. On the last day of competition, the US sports team made a spectacular breakthrough to reach the finish line with a record of 39 gold medals (HCV), only 1 gold more than the Chinese team, and marked the 3rd Olympic Games in a row. 1st place overall (after London 2012 and Rio 2016). 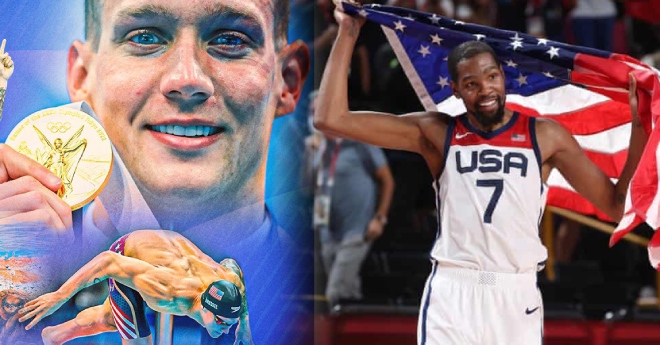 Tokyo Olympics is the 3rd Olympics in a row, the US won first place in the whole team

Of the 113 medals won by the US (39 gold medals, 41 silver medals, 33 bronze medals), nearly a quarter belonged to swimming (11 gold, 10 silver, 9 bronze). Caeleb Dressel, “new Michael Phelps” had a performance of a lifetime when he won 5 gold medals, becoming the best athlete of the Tokyo Olympics.

The gold medals of Gable Steveson (wrestling), Nevin Harrison (Canoeing), especially the Hmong girl Sunisa Lee (gymnastics) were a big surprise. Most of them are just participating in the Olympics for the first time, or are not candidates to win gold.

The fact that the US had to wait until the last day of competition to win the first place in the whole team was no coincidence. In fact, 39 gold medals in the Tokyo Olympics is the lowest gold achievement of the US in the last 3 Olympics (won 46 gold medals in London and Rio Olympics).

More importantly, their number of silver medals is up to 41, the most since the 1984 Los Angeles Olympics, the number shows that in many subjects, many contents, the US team has lost in the race with many other sports teams. Most disappointing is athletics, one of America’s two “gold mines” at the Olympics. For the first time since 1980, American men’s track and field athletes finished the Olympics without any individual gold medals (7 golds came from women’s individual, or team events).

Another bitter defeat was women’s football. The girls of the “land of flowers” only won bronze in Japan, experiencing the second consecutive Olympic failure with the queen.

The US is still the world’s No. 1 sports power, but its unique position is shaking violently. The failure of athletics, women’s football at the Tokyo Olympics, or the decline of some other sports will be a powerful wake-up call to the “land of flowers” sports team, in the context of the time to prepare for the upcoming event. The 2024 Paris Olympics are not much left.

Losing to the US team on the last day of competition, is China really going forward or backward in this year’s Olympics? We invite you to read the next article at 6 am on Wednesday, August 11th. 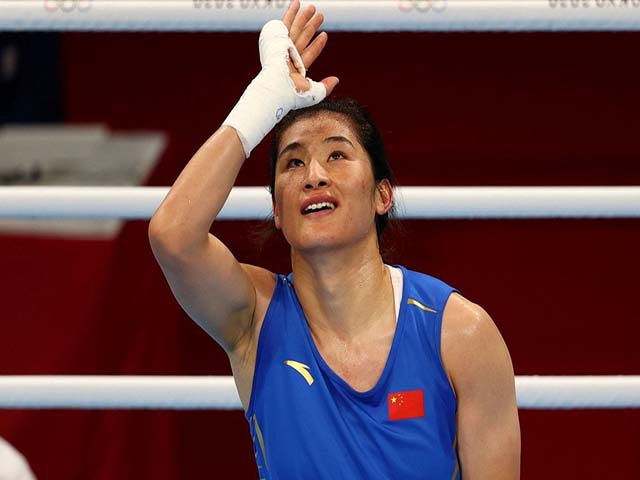