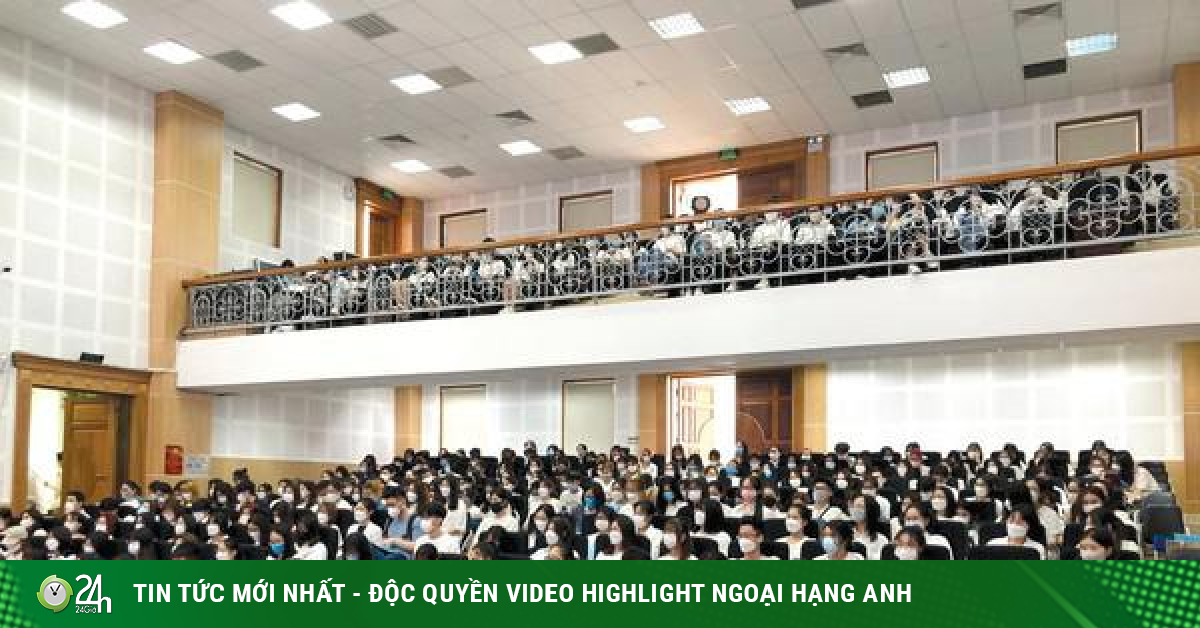 For the 31st SEA Games to take place successfully, volunteers are indispensable. They are the lifeblood of the tournament, as well as the unsung heroes who deserve a medal.

When the final match of the 22nd SEA Games (2003) men’s football ended and the fans left My Dinh in turn with the sadness of losing the match, there were still blue shirts in the stands. They are SEA Games volunteers who are working hard to clean up the battlefield, return the stadium clean and beautiful the next day to be ready for the closing ceremony.

Mr. Nguyen Duy Thai, a former student of the Central College of Music and Painting, recalled an unforgettable memory 19 years ago: “That day, we worked until the night, then we cycled for nearly ten kilometers again. about the dormitory. There was only bread in the afternoon so everyone was hungry and tired. But without a word of lament, everyone is happy and proud to live in the atmosphere of the big festival.”

Ms. Vu Thuy Linh, another alumnus of the Central College of Music and Art Education, does not think volunteering at the 22nd SEA Games is a sacrifice. “Before the opening day, we had to do preparatory work such as putting plastic on the field until 1am,” said Linh, a teacher at Nguyen Trai Secondary School, Uong Bi city, “At the time of the match, I and the volunteers helped coordinate seats, support the audience, so I couldn’t watch the U23 Vietnam team kick. But when the music, the national anthem and cheers were played, an indescribable feeling of joy welled up inside of me,” she said.

Wearing a volunteer blue shirt, mingling with the vibrant atmosphere of the stadium covered with flags and flowers, and feeling the love of the Fatherland in the chants of “Vietnam” is an unforgettable experience. Truong Van Cuong, a volunteer that year, even clearly remembers the time from the pre-tournament training, the historical stories of the capital heard from history professor Le Van Lan, to the moment the whole stadium burst. when Pham Van Quyen scored.

“Those memories will follow me for the rest of my life, and I am always proud of having made a small contribution to the great festival of the whole nation,” shared Mr. Cuong.

Volunteers are considered the lifeblood of sporting events, with an important role in communicating, connecting and supporting sports delegations, athletes, operational teams, spectators as well as a large number of visitors. Therefore, becoming a volunteer is not easy. They must ensure good health background, foreign language proficiency, social understanding and communication ability. Above all, it is necessary to have self-discipline, enthusiasm, dynamism and a high sense of responsibility. Volunteers are forced to undergo a thorough selection process before being assigned to departments such as Receptionist – Ceremony, MC – Interpreter, VIP escort, Accompanying officials – international referees, National sports teams, Health Subcommittee – Doping, Traffic, Security, Logistics, Award Team, Gymnasium…

Nguyen Thi Thuy Dung, a student at the University of Natural Sciences, shared that the number of applicants was too large while the number of people selected was not much. According to the Hanoi Youth Union, by April 10, there were more than 5,000 registrations. Dung was “very disappointed when he didn’t receive the confirmation email, then broke down when he discovered it was in the spam folder”.

Dung was born in 2003, right in the year the 22nd SEA Games was held in Vietnam. Growing up with a love of sports, she learned about the tournament and was so impressed with the Golden Buffalo symbol that she wrote about it in her 7th grade presentation. That’s what prompted the freshman “must” Become a volunteer to immerse yourself in the festival atmosphere and help foreigners feel the hospitality, friendliness and enthusiasm of Vietnamese people.

In order to introduce and promote the image of the country and local people to international friends, Dung and other volunteers must learn and improve their knowledge of history, culture and tourism. In addition, they also need to be equipped with basic knowledge of the subjects and rules of the competition in order to convey and provide information to ensure a smooth progress.

Vuong Thuy Duong, one of 1,350 volunteers from Hanoi University, said: “I’m in the MC – Interpreting department, so I need to improve my sports-related vocabulary more, and learn the rules of conduct when dealing with sports. welcome VIP delegates, rules on the dining table. Each volunteer represents the image of the country, so they need to be “trained” very carefully, and at the same time must be very careful from using words to behaving appropriately and not leaving a bad impression.

Basically, volunteers are the bridge between athletes, organizers, media and fans. They participate in every aspect, then turn the SEA Games into a big family where everyone will laugh. Their responsibilities are great, but as Duong shared, “don’t be too worried and don’t be afraid of pressure, work hard, have fun and you will get what you deserve in return”.

Going through the official group of SEA Games 31 volunteers on Facebook, you can see the boiling enthusiasm of young people. Nguyet Nguyen “messed to find teammates” from Hung Yen, Ho Sy Tam in Nghe An looking for a roommate while volunteering in the capital, La Buu Huy exhorted to form a team in Ho Chi Minh City… They were ready to give up. time and money to contribute to a successful Congress.

As part of the 31st SEA Games, they didn’t mind nor ask for anything. They simply volunteer, and their main driving force is love for the work. The people who didn’t know each other yesterday have become a block, ready to support accommodation, share room and transportation.

The biggest sports festival in Southeast Asia hasn’t started yet, but the volunteers have shown the strength of solidarity when they all share their emotions and pursue a common goal. All for a successful SEA Games, for a stronger Southeast Asia.