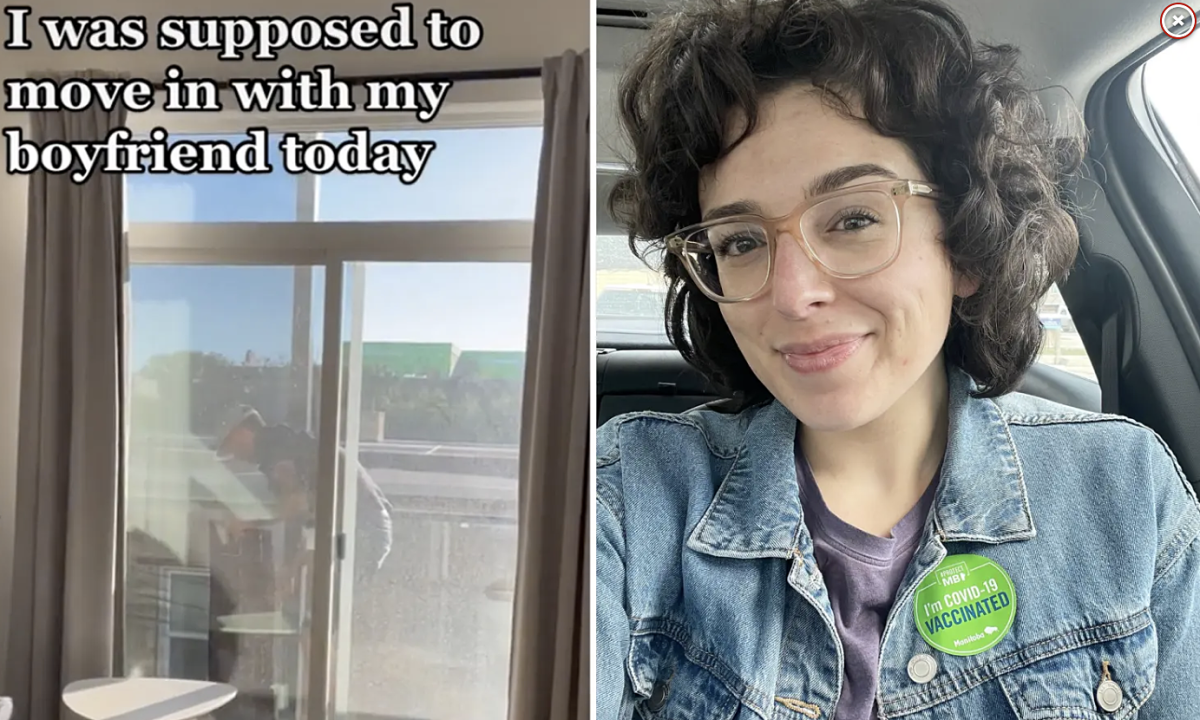 Two weeks before breaking up, Thompson and her boyfriend decided to go on a trip to make good memories of each other.

Piper Riley Thompson, 28, in Canada has just gone on a short trip with her boyfriend. But unlike previous outings, this is the last time they’ll be together as both have decided to end the relationship.

What Piper and her boyfriend were doing was called “breakup vacation”. This phrase appeared a few years ago, referring to couples going on a last outing together because they want to capture memorable moments with their former lover, now receiving the attention of young people on different platforms. social platform. Many videos about trips with lovers to prepare for separation plans receive a lot of attention.

As the clip about Piper’s trip with her boyfriend shared on September 26, it attracted more than 4 million views. In the scenes, Piper is still holding her boyfriend’s hand, walking together, having dinner, lying on the bed watching the scenery outside.

“My boyfriend and I are going to break up in two weeks. We had a great weekend, when we had time to reflect on our past experiences, talk about past fears, things that used to be. trauma, healing, and hope for the future,” Piper said.

The young woman did not reveal the specific cause of the breakup, but hinted that the work caused Piper and her boyfriend to have many conflicts.

The trend of traveling to break up quickly created many conflicting streams of controversy. Many netizens believe that going out with someone who is determined to break up is a bad nightmare, bringing awkwardness to both parties and hiding the will of either party to heal. “It’s a waste of time and money for these plans. They make it difficult for the insider to get out of the old love, not to overcome the pain to come to the new one,” one person shared.

While others praised this move, they considered this a mature, thoughtful solution, instead of keeping resentment and hatred for the person they once loved in their hearts.

As for Piper, she believes that there are many causes for the breakdown of a relationship, but they are not always bad. Therefore, she wants to maintain her friendship and respect her ex.

“A trip to help both heal, resolve conflicts, share difficult things when in love is what I want. It is easy to see that a healthy breakup is much harder than leaving a toxic lover. “, the 28-year-old girl confided.

Phuong Minh (According to NyPost)