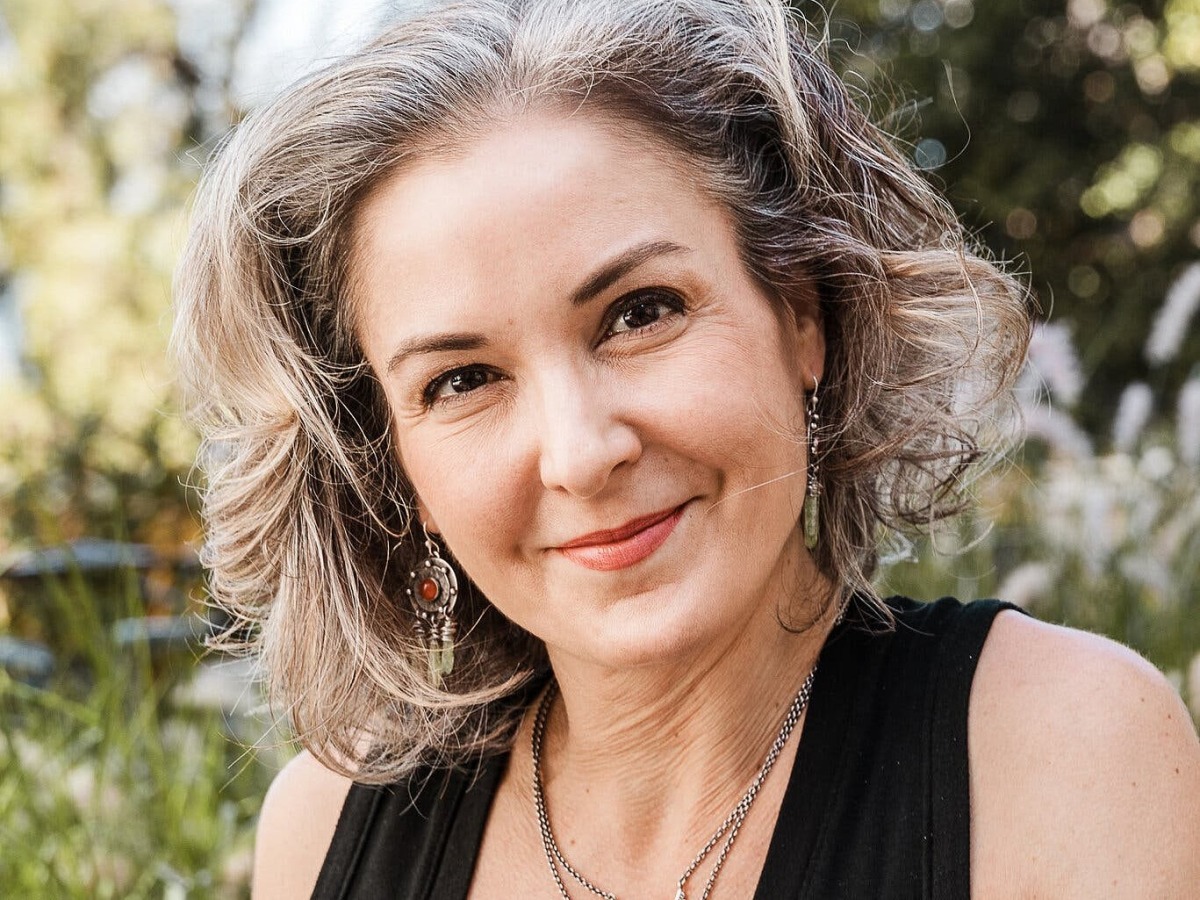 Unable to go to the hairdresser due to the closure of the shop or fear of infection, many American women learn to love their natural hair and gradually find happiness.

At the premiere of the film Respect in Los Angeles on August 8, female director Liesl Tommy appeared with silver braids and high bun. After that, she kept her hair color, only changed the style.

It’s not that Tommy can’t call a hairdresser, but that she “wants to feel glamorous and comfortable and be herself”. “For the past six months, I feel happier about my hair than ever,” said the female director, who declined to reveal her real age. “With gray hair, I feel stronger.”

Experiencing the pandemic, many American women now do not care much about fading hair or showing black legs. On the contrary, “silver-haired sadness” has become “silver-haired joy”.

Maayan Zilberman, a candy maker in Brooklyn, is often asked “why” when walking around the neighborhood. The 42-year-old woman’s neighbors wondered why she returned with gray hair. Recently, however, Zilberman’s profile page has been filled with messages from people asking for advice on shampoos and asking if they should stop dyeing their hair. “I told them to give it a try. It was very interesting,” the woman said.

When the pandemic first arrived, Zilberman still maintained the habit of dyeing her hair to meet customers via Zoom. As the months passed, she began to wonder who she was and what she stood for. “That leads to other questions like how do I present myself, should I dye my hair or wear a cardigan or have face fillers injected,” Zilberman says.

Since then, she stopped dyeing her hair. Gray hair marks an important turning point because nowadays, she can’t wear lighter clothes and buy lipstick colors she never thought she would try before.

“I feel more confident and ready to connect. You could say it’s the pandemic, but I feel like I’ve shed my old shell,” Zilberman said.

An advocate of natural beauty, Southern California hair colorist Jack Martin has helped many women return to gray hair, including celebrities such as actresses Jane Fonda, Sharon Osbourne and Andie MacDowell. On social media, he has more than 640,000 followers.

In the past eighteen months, Martin’s work has tripled. There are guests who are willing to go 6-14 hours to get his hair fixed. “A lot of women have realized how beautiful their gray hair is,” says Martin.

Typically, during a hairdressing session, Martin spends hours bleaching a client’s old dyed hair, leaving only the original part. Then, he mixes chemicals so that the new dye is closest to the customer’s natural hair color.

“There are many shades of gray, from blue-gray, white-gray, silver-gray to purple-gray. We have to find a unique formula for each customer,” Martin reveals. If you follow the instructions to keep the color, in the future, when the hair grows out, the customer will not need to dye it again.

Before getting their hair done, Martin asks the client to sign a form agreeing that the gray hair color may not be what they expected. “I don’t encourage everyone to have gray hair. It’s up to you to decide,” the hair colorist explains. “During the consultation, if I see a client hesitate, I will say this is not the right time for them.”

48-year-old Susan Gray works as an attorney in Oakland, California. When she stated her desire to have her hair turn white naturally, she confused the hairdresser. Gray and a hairdresser researched Martin’s personal page and after 10 months, the female lawyer got the desired hair color without further intervention.

Gray isn’t the only one looking for inspiration from the Internet. On social media, women with gray hair created a series of hashtags such as #GrayHairDontCare (silver hair doesn’t care), #SilverSisters (silver-haired sisters) and #Grayhairrevolution (silver hair revolution). Some accounts like Grombre were created with the purpose of sharing tips on caring for and encouraging women to have gray hair, attracting hundreds of thousands of followers.

Not a few people consider gray hair as a fashion statement. With Gray, she doesn’t follow fashion, but thinks that sooner or later, her hair will turn gray. “I don’t want to be one of those 60-year-olds with jet-black hair and don’t know how to get rid of the obsession with dyeing it,” she said.

Recently, when he went to the supermarket to buy alcohol, Gray noticed the cashier looking at him confused. “She looked up at my hair and paused for a moment. I just said, ‘Thanks for noticing my hair,'” Gray said of the experience.

The fact that a cashier is confused about a woman in her 40s with gray hair may be because she constantly encounters advertising images that carry the message of unattractive silver-haired women.

“It’s not fair that women with natural hair are seen as aged. This is a misconception we put on ourselves,” said Martin, a hair colorist.

When she reached out to Martin, actress Andie MacDowell, 63, revealed that her manager wanted her to continue dyeing her hair brown.

“He was afraid she would lose her acting opportunity without thinking about how beautiful she was. I advised her to stay true to herself and if she played a redhead, she could wear a wig,” Martin said. .

MacDowell listened to Martin and confidently showed off his silver hair on the red carpet of the Cannes Film Festival. Even a great hair colorist can’t erase age and sexism.

“My male colleagues have no problem with gray hair,” said female director Tommy. “No one thought they were less cool or less talented with gray hair. But I was talked about.”

One person even told Tommy: “If you have gray hair, you have to dress stylishly when you leave the house”.

Despite knowing the other person meant well, Tommy ignored that advice because “it was too much pressure”.