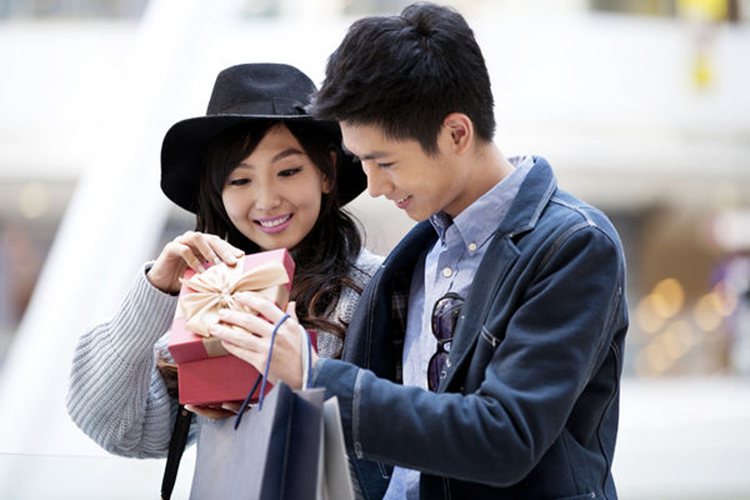 Many single girls in China find a service to hire a boyfriend for a day to chat and share the pressures of life.

The rent depends on the experience of the “boyfriend”, the lowest is 20 yuan, the highest is 160 yuan per hour.

On the social network Xiaohongshu, Zhou Fugui said, she hired a Chinese-Thai boyfriend in a shop in Shanghai for 600 yuan for two hours, drinking milk tea, snacking and taking pictures but not holding hands. Many people rate the “one-day boyfriend” at this store as very professional, doing the right thing.

Not long ago, Senna, from Shanghai received a birthday gift of a coupon for a “one-day boyfriend” service. On the date of the date, in the cafe by appointment, a guy wearing a black jacket, light blue shirt, and large square glasses appeared in front of her. When Senna wanted to hold hands intimately, the other side smiled and said, “Holding hands is an extra fee, 100 yuan once.”

On the video-sharing platform Bilibili, a clip about the experience of renting and trying the service has attracted more than two million views. A store in Shijiazhuang, Hebei province has 800 transactions per month on Taobao, receiving 2,500 customer reviews. This shows that the demand for a one-day boyfriend in China is huge.

Ah Tang, 22 years old, from Jiangsu has been a “boyfriend” for many years. He can serve customers by the hour, day, even month. The proceeds are split 50/50 between him and the store. If the customer renews the contract, he is entitled to 60%. In addition, if guests want to see photos and hear voices to choose from before “ordering”, there will be an additional fee of 3 yuan once. The store also serves the night from 24 hours to 7 hours the next day, the price is one and a half times the morning. When talking about the reason for pursuing this profession for many years, A Duong said: “That money is to pay tuition fees”.

A Van is a “one-day boyfriend” at another store, less than a month into the job. He is a sophomore, 21 years old and from Hebei. A Van was introduced to this service by a friend because of her excellent voice. The young man said that his main source of income comes from “contract renewal” customers.

Stores will rate and rank “boyfriends” based on the number of orders as well as the number of monthly renewals. “If team members receive few orders and the renewal rate is low, they will be fired,” A Van said.

Despite earning money, A Van has encountered strange situations. For example, a customer wants to hire a “boyfriend” just to experience the feeling of scolding others or the customer is a homosexual. Another time, he met a guest with depression. During the time of hiring a “one-day boyfriend”, this person constantly told A Van about his tragic childhood.

Dong Weiyao, a lecturer at Shanghai Maritime University, said there are two reasons why the “one-day boyfriend” rental service has blossomed recently. One is a young person caught up in a flashy lifestyle, in need of something beautiful to show off. Second, because the family lacks affection, they look to “boyfriends” to be loved.

Experts say that hiring a “one-day boyfriend” has the potential to promote illegal acts, even crimes due to a special relationship, even though the two parties have signed a contract to provide common services such as sex games. talk, eat, shop together.

“Young people should face their own feelings and cherish real relationships more. Online relationships can have many potential harms. Money fraud and love fraud arise from services such as: This is not uncommon,” Dong said.