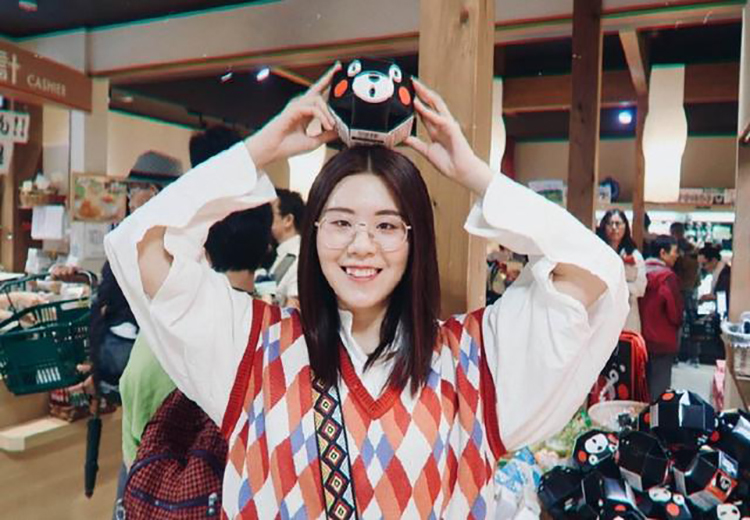 ChinaTin Tieu Ngai believes that winning the 100 million yuan jackpot four years ago not only ruined her personal finances, but also caused her mental crisis.

However, instead of receiving cash, prizes are given in the form of free gifts such as consumables, meals, airline tickets, hotels, even a special experience like being trained as a pilot in the US. . Most prizes are disposable and valid for one year.

This is the jackpot of the contest organized by Alipay, China’s largest mobile payment platform. It was accompanied by the title “Lucky koi fish of China”, a popular buzzword at the time related to good fortune.

Since the value of the free items was up to 100 million yuan, at first the girl bought a lot of clothes, bags and shoes. After that, Tin quit his job to travel around with free air tickets. She flies to Thailand, Taiwan, Canada… and more remote areas like Alaska, Maldives to enjoy the food as well as the beautiful scenery. On average, each month, Tin goes to several countries to use his prize.

At first, Tin Tieu Ngai was attracted to new things. Arriving in a new land, she posts photos and videos on social platforms. The number of fans is therefore constantly increasing. At one point, her personal account grew to 800,000 followers overnight.

Tin’s popularity has made many businesses see the opportunity. Famous brands want to do business with her. According to the media, a promotional post on Tin’s personal page at that time cost up to 100,000 yuan (about 360 million VND).

However, soon, this girl faces a series of problems.

Alipay’s prizes are only free and discounted on certain items, such as tickets to attractions, accommodation fees, and local specialties. However, there are trips, travel expenses and meals that are not within the scope of the exemption. For example, when coming to the US, Tin only gets free room and board for one night, while this girl has to stay for at least 3-4 days. In addition to a small portion of the prize, she has to pay for the rest.

One year since receiving the award, Tin has spent 200,000 yuan (718 million VND) on his trips. The amount of money saved is also gradually dwindling.

Not only that, most of the prizes on the winning list have a certain redemption period. In order not to waste, Tin Tieu Ngai can only race against time. In a year, she accumulated dozens of airline tickets. At peak times, she even visited four countries in a month.

Tin Tieu Ngai does not want to go so much, nor is she happy with the trips anymore. She shared: “I’m quite afraid of flying, but have to fly all the time in this moment.” To redeem the prize, Tin can only overcome the fear in his heart. When describing her mood, she even used the word “desperate”.

Tin Tieu Ngai’s health also appeared many problems. She often has back pain, sore throat, even high fever. The constant travel between different countries makes her only sleep 2-3 hours a day. Insomnia, stress, at one point the doctor diagnosed her with a severe nervous breakdown.

To continue to pay for the trip, Tin had to think of ways to make money. She chose to become a travel and food blogger. Except for the first episode that reached 600,000 views, the rest of the videos have very few followers. The reason is that Tin makes the content boring, lacking in features, so it is not attractive.

Wanting to rebuild his name, in September 2020, Tin transferred the prize of five million yuan in the form of a lucky draw. However, this action of hers was determined to be illegal. Soon after, sponsors and brands canceled their cooperation when Tin was accused of fraud. What’s more, her account was banned from posting for three months.

After that, Tin tried very hard to return to the job of KOL (public influence). However, there are many objections. “Honestly, we notice your repeated attempts to become a celebrity. But you don’t provide any value other than the title of ‘Lucky koi’,” said one person. Use the comment network.

In June 2021, after many months of absence, Tin Tieu Ngai suddenly posted a video on social networks, sharing her life. She revealed, “Many people might be curious what my life was like after winning the 100 million yuan lottery. To be honest, it didn’t go so well. I turned 30 years old next year and still do today. I’m unemployed. I was recently diagnosed with depression.”

However, this video received a lot of criticism. Many people believe that Tin wants to attract attention with the ultimate aim of being famous. Seeing the criticism, she was heartbroken and posted another video, explaining that she doesn’t need fame right now. “Now I just want a job, isn’t that wrong,” Tin said sarcastically.

Tin Tieu Ngai then also tried to livestream sales, but it was not effective. Recently, she took the teacher certification exam, hoping to become a technology teacher with a stable life.

In an interview, Tin shared: “Having a cake fall from the sky is not a bad thing, but it makes me choke. Money made from my own efforts is still safer than someone else suddenly giving it to me. me”.