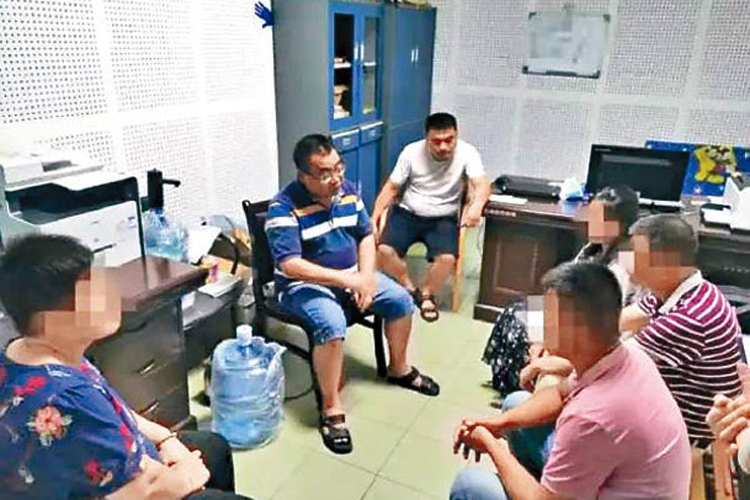 ChinaCao Ping, a boy from Guilin City, Guangxi Province, was taken away by his nanny in January 1988, when he was only 5 months old.

Thirty-two years ago, the media in China was not much. In addition to the help of the police, Ms. Cao’s family also mobilized relatives and friends to spread around the train stations to search but to no avail.

A few years later, Mrs. Cao gave birth to a daughter named Cao Ying. In the house, she kept a separate toy cabinet of Cao Binh, not allowing her daughter to touch it. On holidays and Tet, when buying things for her children, she often buys two and tells her daughter: “This one belongs to me, that one belongs to my brother”.

Over the past 30 years, Ms. Cao and her husband have never given up looking for a son. They constantly post information on newspapers, television and send calls for help to programs to find lost children. The couple also linked DNA data with Guilin city authorities, hoping to find their son through technology.

In May 2020, this couple also achieved their wish. They found Cao Ping living with his wife and children in a rural area 200 km from Guilin. The nanny, who is also a kidnapper, named Qin Phuong did not sell the boy to anyone else but raised him herself. Tan Phuong said that before, she was often beaten by her ex-husband, so she left. Knowing that he was infertile, this man kidnapped Cao Binh to raise him.

Knowing that their son suffered a lot, Cao and his wife tried to make up for it. At first, the relationship between Cao Binh and his mother’s family was very good. On weekends, the 33-year-old man often brings his wife and children to his grandparents’ house and stays for dinner. Cao Binh also said that he feels happy to have two mothers to love.

However, Ms. Cao refused to stop there, but wanted to bring the kidnapper to court. She believes that Qin Phuong has stolen the future of her son, who could have gone to university instead of finishing secondary school and then working. “She also caused my family to suffer and struggle for many years,” said Ms. Cao.

A few months ago, Mrs. Cao wanted to transfer her grandson’s school to Guilin for better study opportunities. Cao Binh disagreed. When conflicts occurred, Mrs. Cao and her daughter wanted Qin Phuong to go to jail. This mother also wants her son to be a witness in court against her adoptive mother.

“Over the years, that woman has treated me very well. I never thought that I was an adopted child,” Cao Binh told his biological mother. Because he has his own family and a stable life, Cao Binh does not want everything to be turned upside down.

Thinking of the bitterness that the family had to endure for more than 30 years, along with the disadvantage of her son, Ms. Cao protested. The relationship between mother and child is becoming more and more distant. Although later Mrs. Cao always wanted to help materially, but Cao Binh did not accept. At times angry, he even scolded, treating his mother as an enemy.

Ms. Cao’s lawsuit was rejected by the Procuracy because the prosecution period was over 20 years. This woman did not approve, said she would send the application to a higher authority.

The son said: “The hatred in the mother’s eyes is greater than the love of the family.” Angry mother Cao Binh had blindly “accepted the enemy as a father” and this relationship was built on deception for 32 years.

“We are the biggest victims, this whole family suffers day and night because of the loss of their children for more than 30 years,” Mrs. Cao once told Cao Binh, but he left. After many years of looking for children, she suffered from depression, and her health was seriously affected.

“I want justice to be done. Too many families like us have to suffer when they lose their children,” Cao said, adding that if the law does not punish people like Qin Phuong, the kidnapping tragedy will continues to happen.