(Sports news, billiard news) Player Vo Phuoc Thanh performed excellently in the semi-finals and the final to win the Carom 1 content championship in the Billiards and Snooker league (round 1 2021 in Vung Tau.

The semi-final on April 6 afternoon was a super classic confrontation between two heavyweight champions for the championship. One side is Vo Phuoc Thanh (Ho Chi Minh City), an extremely famous mechanic in the Vietnamese billiard village, especially in the libre, cadre and Carom 1 tape genre. His opponent is defending champion Carom 3 national ice Tran Duc Minh (Dong Nai), who is also in extremely good shape in this tournament.

Worthy of the “early final” match of the tournament when the game was going really fast. With a 36-point strike, Phuoc Thanh put the first half into halftime with a 60-19 gap. At the beginning of the second half, Duc Minh immediately responded with a series of 31 points to shorten the gap significantly. Very calmly, Phuoc Thanh continues to have a 16-point baseline that creates a great advantage to win the final 80-52 after only 9 turns.

Defeating the national champions, Phuoc Thanh entered the final match that took place a few hours after meeting Tran Phu My, the muscle of Da Nang had an impressive comeback against Le Quoc Vinh Quang with a 32-point series in the semi-match. in the other half, though leading 48-77. 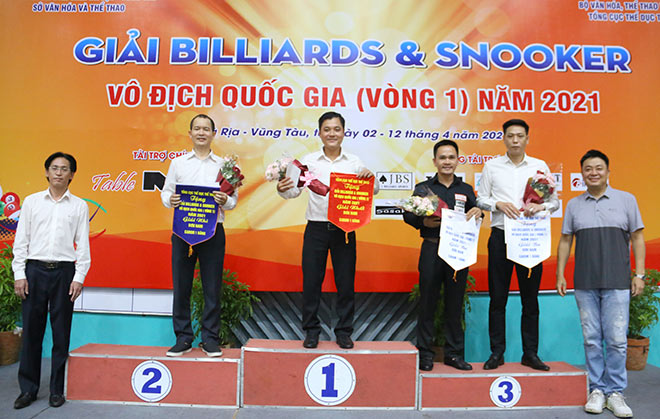 Phuoc Thanh continues to show why he is considered the “fierce tiger” (the way to call for good guys) of the Vietnamese billiards village when it takes only 12 turns to beat Phu My with a very big gap. large 80-13.

This result helped the player with the nickname Thanh “Thick” crowned the Carom content 1 of the Billiards and Snooker championships in the national championship (round 1) in 2021. This is a completely worthy result for the city’s muscle hand. HCM with a stable and classy performance. Fans are eagerly awaiting the performance of Phuoc Thanh in the final round of the 2021 national championship in June this year, the tournament that competes directly for the 31st SEA Games at the end of the year.

The Billiards and Snooker National Championship (round 1) in 2021 took place from April 3-12 in Vung Tau. This is considered the toughest tournament in Vietnam by the record number of players up to 1700 athletes. After finishing the 1-band Carom content, the players continued to compete in the 3-band Carom, the most attractive content in the tournament with nearly 1300 players participating.