Highly competitive due to the number of extremely “huge” players with extremely harsh schedule lasting until midnight, the Billiards and Snooker National Championship (round 1) in 2021 seemed to be just a playground for the players. Young players are rich in endurance and physical strength. However, after a few days of competition, the most mentioned name is the 57-year-old general Nguyen Thanh Long.

Old general Nguyen Thanh Long correctly expressed the phrase “the older the ginger, the more spicy the ginger is”

Entering an important match to compete for tickets to the top 16 players to participate in the national final round on the afternoon of April 5, the old man from Da Nang confronted Nguyen Kim Long, the player considered the top candidate. for the championship. In particular, Kim Long is the muscle holding the highest series in the tournament with 63 points “crazy muscle”.

Thanh Long joined in very impressively. After a 27-point run, he went on to do a series of 16 on the next turn to lead to 43-7 after just two speculations. In the next 8 innings, the 57-year-old all scored to win with the score 80-36.

Worth mentioning in the morning of the same day, Thanh Long had a quick victory after only 6 rounds against Pham Minh Khiem, who caused “fever” with a series of 61 points in the opening match. This result has helped Thanh Long who is the player to finish a match with the least number of turns in this year’s tournament. Previously, Nguyen Thanh Long had 3 victories against highly-rated opponents, Truong Be Nam, Do Nguyen Trung Thu and Ha Vinh Thanh. With this outstanding performance, the ticket to play in the 2021 national finals taking place in June this year is completely worthy for the old general born in 1964.

Player Nguyen Thanh Long is considered one of the legends of the Vietnamese billiard village. He won bronze medal at Billird English Asia Championship 2009, won SEA Games 2005. He is the biological father of famous female player Nguyen Hoang Yen Nhi, who just won the championship at the first Carom 3 women’s band. organized by Vietnam at the end of March. 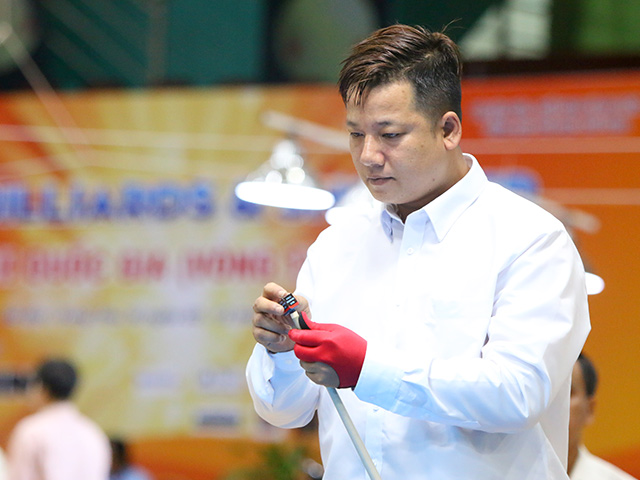 (Sports news, billiard news) The Billiards and Snooker National Championship (round 1) in 2021 has just witnessed a great shock when …