(Sports news) When Vietnamese sports are tirelessly waiting for tickets to attend the Tokyo Olympics day by day, the good news has come from gymnastics (TDDC).

No need to attend the TDDC Asian Championship this May, athlete (athlete) Dinh Phuong Thanh still wins tickets to the Tokyo 2020 Olympics. must fall from the sky.

From practice to fitness …

Since becoming a coach until now, Coach Truong Tuan Hien – also Head of TDDC Hanoi, coach of the national team, has not encountered many special cases like Dinh Phuong Thanh many times. The story of Dinh Phuong Thanh coming to TDDC stems from the fact that this boy born in 1995 is often ill. The house near the Quan Ngua General Sports Palace (Hanoi) was the training place of the young TDDC Hanoi team in the early 2000s, so his family brought Thanh to practice to ease sickness. Looking at the weak boy at that time, few people thought that it was a talent for TDDC.

Mr. Truong Tuan Hien himself has recognized the qualities suitable for TDDC of Dinh Phuong Thanh and wishes to take this boy along the path of TDDC athlete. Of course, to do that, it is necessary to convince his family to let Dinh Phuong Thanh follow the athlete career and start with a long-term training trip in China.

This is always a difficult problem for subject managers and coaches when talent is discovered. “We have met a lot of children who have qualities of heaven to suit TDDC. But the family does not accept the children to follow the athlete path, including going to long-term foreign training, so we have to give up the opportunity ”- Mr. Truong Tuan Hien said.

After that, it took a lot of persuasion, Mr. Truong Tuan Hien and the coaches of TDDC Hanoi to convince his family to give Dinh Phuong Thanh a high-performance sport and go to long-term training in China – which is one of the successful solutions of Hanoi sports in training gifted athletes.

However, the difficulty did not end because when he came to China, Dinh Phuong Thanh could not adapt immediately, so that the coach had to take him to Hanoi for medical treatment, foster a while before returning to China to practice.

Through that difficult initial period, along with the silent sacrifices of the coaches – especially those who followed the youth of young athletes to China for training, Dinh Phuong Thanh’s talent gradually blossomed. After 8 years of training in China, Phuong Thanh returned to the country so that TDDC Hanoi was less worried about the successor team and saw the direction of the national gold or SEA Games dispute as well as medals in high-level tournaments. than.

That has been answered by Dinh Phuong Thanh’s impressive achievements from 2010 to present in domestic, regional and continental playgrounds. As in the most recent SEA Games, the 30th SEA Games in 2019, Phuong Thanh won 2 gold medals, 1 gold medal, and 1 bronze medal. Notably, Phuong Thanh’s two gold medals in the single-beam and double-beam content at this SEA Games are considered “more precious than gold” when the 2019 world champion Carlos Yulo (Philippines) free fitness content. previously seemed to dominate the competition content at SEA Games 30.

At the last three SEA Games, Phuong Thanh won gold medals. At SEA Games 2015, he won the prestigious almighty gold medal. It was also the first all-powerful content gold medal in the men’s content of TDDC Vietnam at the SEA Games arena.

Also in the ASIAD arena, Dinh Phuong Thanh also left a mark with the bronze medal plate at ASIAD 2014. This is considered the historical medal of TDDC south of Hanoi as well as in Vietnam. Meanwhile, he also took the throne in a number of World Cups.

However, Dinh Phuong Thanh still aspires to attend the Olympics as he confided immediately after winning the gold medal in the double beam content at SEA Games 30 in 2019. Before the 2016 Rio Olympics, Thanh also had the opportunity but missed it.

To the ticket to attend the Tokyo Olympics

In both 2019 as well as 2020 and the early months of 2021, Dinh Phuong Thanh has put all his energy into the goal of winning tickets to the 2020 Olympics in Tokyo. Only insiders can understand all the hardships of this energetic athlete.

The opportunity came to Dinh Phuong Thanh at the world resettlement tournament in October 2019. There, Thanh tried his best to rank 75 in the omnipotent qualifying round with a total score of 77,465, from six events including freestyle, horse jump, crank horse, hanging ring, double beam and single beam. In this qualifying round, another Vietnamese athlete, Le Thanh Tung, ranked 59 with 78,832 points. However, Le Thanh Tung won a spot at the Tokyo Olympics in the anti-dance content by ranking fifth in this qualifying event.

After that, the translation of COVID-19 upset TDDC’s plans to organize the competition internationally as well as in Asia. The ticket consideration tournaments for the Tokyo Olympics were continuously delayed, including the Asian Championship – the ticket consideration tournament for the Tokyo Olympics, in May 2021. To prepare for this tournament, Dinh Phuong Thanh maintains a strict training regime for a long time, even during the period when Hanoi City has to make a gap to prevent COVID-19 epidemic.

Faced with complicated developments, this tournament was canceled and the TDDC World Federation selected Asian athletes to attend the Tokyo Olympics based on the results of the all-powerful competition at the World Championship in October 2019. . According to the criteria of selecting athletes to attend the Tokyo 2020 Olympics, Asia has two slots, taken from Asian athletes with high performance in the qualifying round of the 2019 World Championship. Except for those who have won tickets or countries. Asian participants were able to attend, finally Dinh Phuong Thanh out of 2 Asian athletes were awarded tickets to the Tokyo 2020 Olympics.

In fact, if attending the Asian Championship this May, it is unlikely that Dinh Phuong Thanh would have won 1 of the two leading positions in the almighty competition to win tickets to the Tokyo 2020 Olympics. Not a lucky ticket. If not, there would be no achievement ranking 75 in the qualifying round of the almighty competition in the world championship of this athlete who is joining the Hanoi army.

Dinh Phuong Thanh’s problem now is to improve his achievements and scores compared to the 2019 world championships at the next Tokyo Olympics. To pass that, affirms that not to the Olympics to hang out. Because clearly, in the Vietnamese sports industry, somewhere with the mentality of not winning an Olympic medal, there should be moderate training and competition for achievements that only show a part of their abilities. In another angle, that also indirectly affects the prestige of Vietnamese sports.

After all, when you have been in the Olympics as you want, you need to enjoy the most. And the way to enjoy is better than showing off your full potential. This is really necessary for people like Dinh Phuong Thanh because the second chance to participate in the Olympics of this “rich of will, few people can compare” – as commented by coach Truong Tuan Hien, it will be difficult to repeat. . 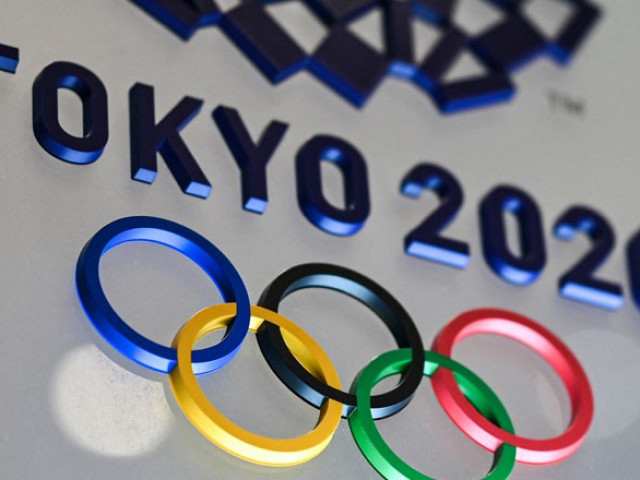 This could be a “double-edged sword” …