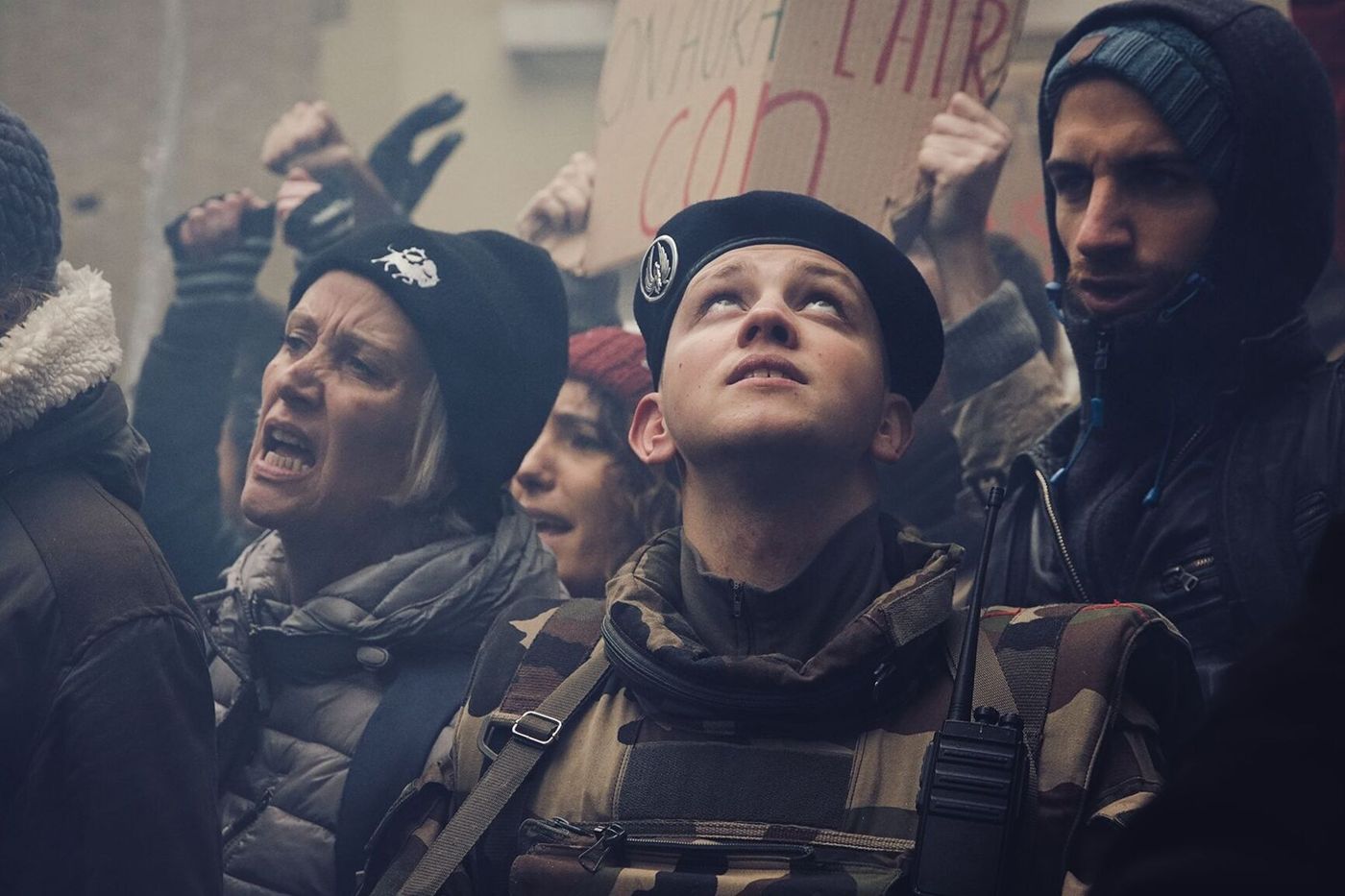 Since January 12, 2015, in the aftermath of the attacks, thousands of soldiers in fatigues with bulletproof vests and machine gunners in hand have been roaming our big cities. It is to this Operation Sentinel that Léo Corvard is assigned, his classes barely completed. Long days of patrol in Paris and the suburbs began for him.

The mission ? Identify the threats, multifaceted according to Hicham Bentoumi, a soldier in his unit who derives his prestige from a mission in Mali and his tough self-assurance: ” A street, passers-by, windows, what you see are potential threats. The guy who’s going to screw you up, he doesn’t look like it. ”

Leo joined the army to escape his toxic family and find another, give himself a frame and ” make useful “. With the soldiers of Operation Sentinel, he convinced himself of the importance of their role: “ Here, it may be war in not long. Me and the guys I’m with, we know. ”

→ CRITICAL. “Les amours d’Anaïs”, portrait of the young woman on the run

The border between their mission and that of the police is not always clear to them and it falls to the sergeant who directs them in charge of frequent reminders. Leo knows her secret: pregnant, she delays the announcement of her pregnancy.

In our lives, the discomfort felt at meeting these armed soldiers in the middle of the city, has usually succeeded an indifference making invisible these imposing figures. It is to a fascinating fictional immersion that invites The third war by espousing the gaze of these men on society.

Manuel Valls had said France at war after the attacks. The word is not a metaphor for the troops of Operation Sentinel. But after years of patrols, most often fruitless, some are grappling with a painful sense of loss of meaning, while others, like Hicham, cling to a paranoid vision at odds with their dismal daily life.

It is in this drift that Leo engages until he finds his “war” in a breathless rise in tension. In passing, the film evokes the most underprivileged social classes, in particular from immigration, which represent the bulk of recruits and the place of women in the army.

After Prayer by Cédric Kahn, Anthony Bajon, a chubby face and internalized game, confirms the wide range of his playing. At his side, Leïla Bekhti, in the painful character of the sergeant, and Karim Leklou, in a boastful who hides his faults, also deliver solid interpretations.