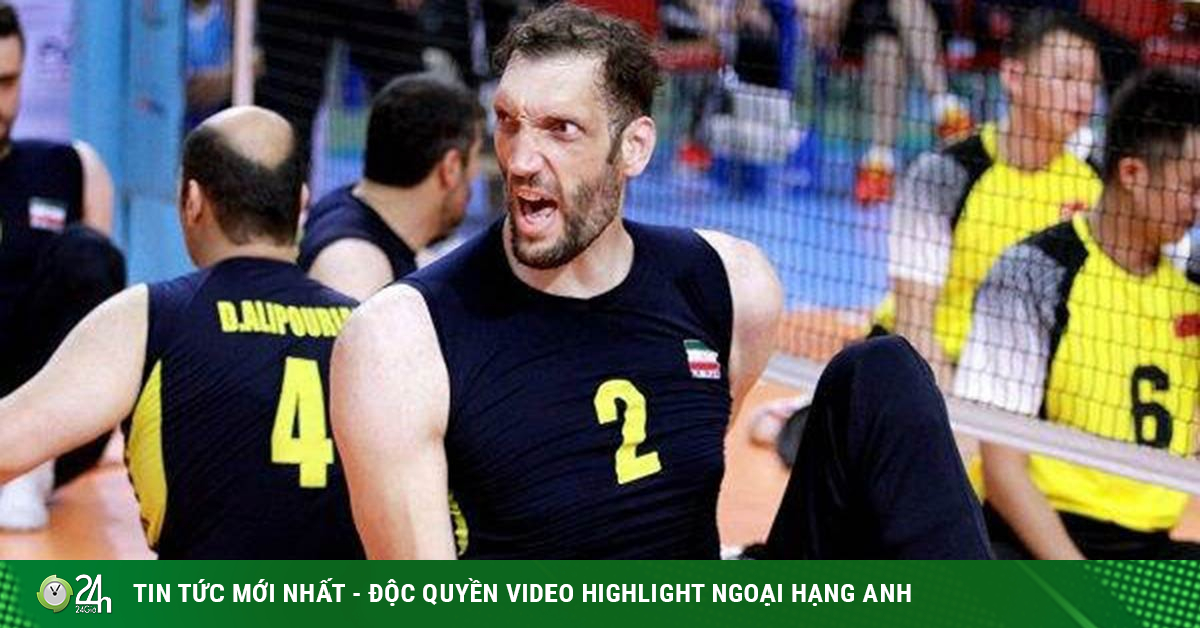 (Volleyball news) Athlete Morteza Mehrzad, a giant up to 2m46 tall, just needs to go to the gym to win gold at the Tokyo 2021 Paralympic volleyball.

Video of some performances of Morteza Mehrzad:

Athlete Morteza Mehrzad helped the Iranian team win the gold medal in the sitting volleyball (men’s) content at the Paralympics in 2021. Up to 2m46 tall, Mehrzad has no opponent on the net and easily helps the Iranian team defeat many strong opponents, including Russia, to continue Iran’s dominance in this sport (won 6 gold medals in 8 times) nearest Paralympics).

Mehrzad’s height gives him an unmatched advantage on the net, as his opponents are all short, and the net is only 1m15 tall. The 33-year-old was discovered when coach Hadi Rezaeigarkani watched a TV program about disabled people, and Mehrzad was invited to play nine years ago and made the national team five years ago.

It is worth mentioning that with that advantage, Mehrzad did not even need to practice football during the preparation for the Paralympic. He still used to practice soccer 1-2 times in the last week, but in the 10 months before the Paralympics started, he only practiced at the gym due to the Covid-19 epidemic.

In an interview with ISNA news agency, Mehrzad said: “I followed the head coach’s gym program to do it at home. Of course, playing volleyball is not easy if you just go to the gym, but we are fortunate to still be able to stay connected when playing.”

However, with his superior height compared to the opponent, many people believe that Mehrzad really does not need to practice the ball because as long as he is on the net, his teammates can safely pass the ball and let Mehrzad score freely. Mehrzad scored 28 points in the gold medal match against Russia, despite the Russian players trying everything to stop him. 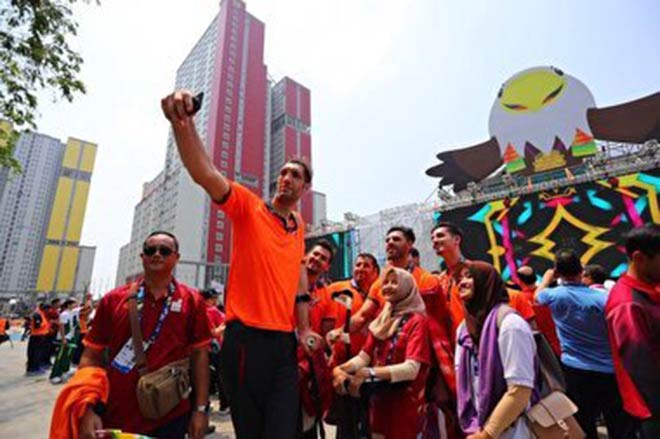 In the same interview, Mehrzad said he often hides at his house in the town of Chalus in northern Iran when not playing. “I was very depressed, like living in a prison. I was afraid to go out because of my appearance, they were afraid and avoided me like a leper. Volleyball gave me life,” he said.

Mehrzad said he once asked to meet soccer star Ali Karimi, who won the Bundesliga and German Cup with Bayern Munich, Schalke 04, and was touched when Karimi not only agreed, but also asked for autographs and photos. photo with Mehrzad for having heard of him for a long time. After the victory at the Paralympics, Mehrzad was rushed to meet and asked for photos by fans as he walked the streets.

Morteza Mehrzad, 28 years old, is currently the tallest man in Iran, in the sports world there is no other athlete of similar height. The tallest person in contemporary volleyball is Wuttichai Suksara (Thailand) who is currently only 2m24 tall. (Sports news, volleyball news) The second tallest person on the planet excelled in helping Iran’s volleyball team add another one…