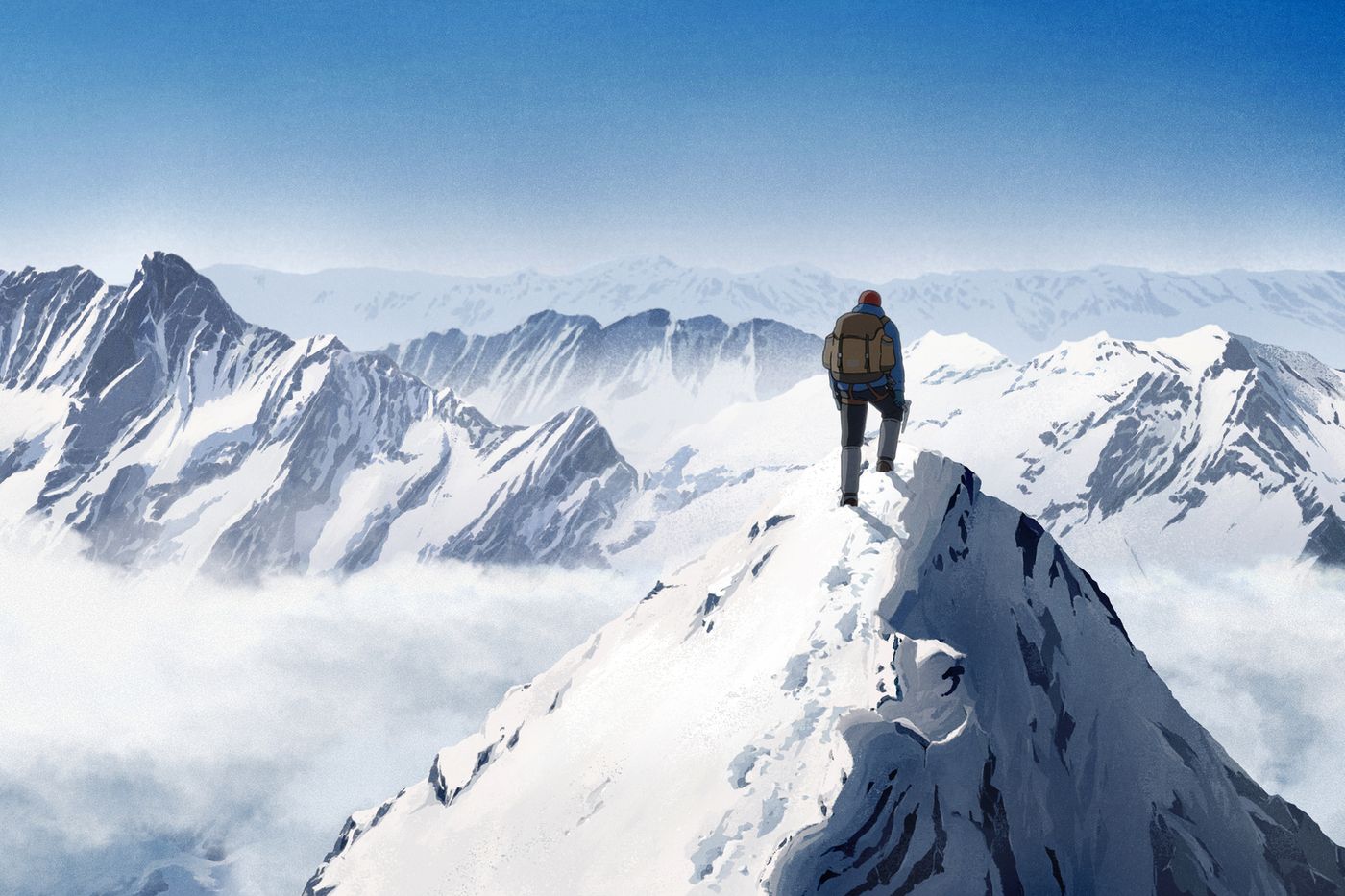 What would Jiro Taniguchi have thought of the adaptation of Summit of the gods ? No one will ever know. Death prematurely in 2017, at only 69 years old, the most European manga author in Japan, very inspired by Franco-Belgian comics, just had time to see the script and preparatory drawings for what was to come. as a very promising animated version of the work, itself taken from the eponymous novel by Baku Yumemakura (unfortunately never translated).

The promise is kept. The Summit of the Gods slowly but surely climbs to the peaks of animation cinema. The challenge was, however, sizeable. Sold 380,000 copies in France, the manga (five volumes published by Kana) is a long and vast tale of adventures in the footsteps of the pioneers of the ascent of Everest coupled with the exploration of the psyche of devoured characters. by their obsessions.

One of the biggest puzzles in mountaineering

Reporter Fukamachi and mountaineer Habu Joji only think of the mountain, but not in the same way. When the first meets the second in a bazaar in Kathmandu, in 1994, he thinks he has a scoop. Not only has Joji been missing from the walls for several years, but he has an object in his hands that makes the journalist shudder. Couldn’t this be George Mallory’s famous Kodak Vest Pocket?

This camera has fueled much speculation: it should help to know if its owner, legendary British climber, reached the summit of Everest on June 8, 1924 with his teammate Sandy Irvine, before disappearing on the northern ridge. Were they the first men to have conquered the highest peak in the world (8,848 m), almost thirty years before the first recognized ascent (by Hillary and Norgay in 1953)?

Believing he holds the key to one of mountaineering’s greatest puzzles, Fukamachi sets out in Joji’s footsteps. His in-depth investigation is the opportunity for Patrick Imbert and his screenwriter Magali Pouzol to tell, in skilful flashbacks, the quest for the silent and obstinate mountaineer who has gradually become Joji.

To better connect these temporal sequences, a voiceover is heard, that of the journalist who persists in finding a track and, by dint of research, ends up better understanding the deep motivations of a man consumed by guilt. It might just be a narrative crutch, but it’s so much more: like in good old black films, this voice is also that of the narrator telling his story once the games are done. The voice of fate in short. Or fatality… But we should not say too much about it as the suspense is breathless and the air is scarce during scenes in very high mountains.

“Captain Ahab of the mountains”

A little wool is also recommended to spectators, as these sequences are believable: addicted to climbing should find some thrills, while fans of cow floors will have their share of cold sweats. Because the immersion is total in these superb landscapes, carefully worked with two aces of artistic direction, David Coquard-Dassault and Mikael Robert, whose stylized realism, between painting and photography, highlights the atmospheres, whether they are that a smoky redaction or an icy overhang.

The choice of 2D animation was wise (although the use of 3D computer graphics was considered for a while), but the good old cartoon technique required perfect formal mastery in order to offer a lot of depth. in the image: slight camera blur, very fine light and color adjustments to, for example, recreate the grain and texture of the heights haze. Purposely refined, the animation of the characters turns a budgetary constraint into a force, everything being played out in the silences, the looks and the spirits.

Tormented minds, especially that of Joji, that Didier Brunner, co-producer of Summit of the gods and veteran of French animation (the saga Kirikou, Ernest and Celestine…), qualified for “Captain Ahab of the mountains” whose thirst for the mountains seems unquenchable and irrational. Like Mallory who, a question from New York Times on the reasons for his stubbornness in wanting to climb Everest, replied: “Because he’s here. “