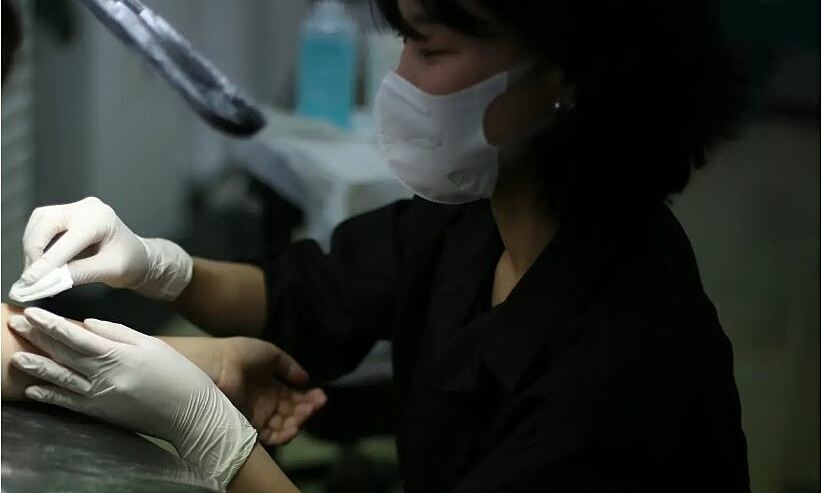 All tattooists in Korea have to work secretly because if caught, they will face at least two years in prison or hefty fines.

Ilwol Hongdam, 35, is a famous tattoo artist with more than 371,000 followers on Instagram. He captivates fans around the world with his creations that are both intricate and inspired by traditional Korean art. Over the past 10 years, he has had nearly 4,000 clients from around the world. Many people from abroad flew to Seoul just to see him.

However, what he is doing is illegal.

In Korea, tattooing is not illegal, but it is considered a medical procedure and must be performed by licensed doctors. Hongdam, like the 3,000 people of the Korean Tattoo Association, are not doctors. If caught practicing, they face a minimum prison sentence of two years or a fine of up to one million won (18.5 million VND).

Hongdam hopes that positive changes are taking place, especially since some politicians have paid attention to the issue. “People have been campaigning to legalize tattooing for a long time, but it has never received as much attention as in the past year,” he said.

Jo Elfving-Hwang, director of the Center for Korean Studies at the University of Western Australia, said: “Many people think that having a permanent mark on the body is a social shame and low status. , because they are often linked with criminal gangs or slaves. But now tattooing is becoming fashionable in Korea, even as a way of expressing personality among young people.”

According to the Korean Tattoo Association, at least one million people in the country have tattoos. The tattoo industry generates about 200 billion won ($164 million) a year.

Celebrities like Jungkook of BTS, famous actors So Ji-sub, Ji Chang-wook or K-pop singer Lee Hyori are all known to have tattoos. They are considered to be trendsetters. However, many celebrities are still required to cover their tattoos when appearing on television.

Hongdam’s store is located in a building with no signs. He only shared the address with the guest a day before the appointment. Occasionally, he gives guests another address nearby and goes to pick them up.

Sol, a popular tattoo artist with more than 572,000 followers on Instagram, runs a shop in Hongdae. Looking at the white walls outside the store, no one could guess what was inside. “You can’t hang signs, because all tattoo parlors in Korea have to operate in secret,” he said.

Although police are not hunting for tattooists, authorities will take action if any of them are reported. Sol and Hongdam both know they can avoid trouble so far but others in the industry are not so lucky.

For female tattoo artists, the job becomes much more difficult because they are prone to sexual harassment by clients. A female tattoo artist named Ragyeom shared: “Tattooing is an illegal business, so revealing ourselves to the police puts us at risk, even if we become one. victim of abuse”. For this reason, some female tattooists choose to work only with female clients or celebrities.

Youngbinn Sohn, a female tattoo artist, said some of her colleagues have been sent sexually suggestive images by male clients. These women feel the only thing they can do is keep quiet.

But Korean tattoo artists still have a big world thanks to social networks. While they have to work stealthily, they are comfortable promoting their works on the Internet without fear of being fined. Hongdam said: “For tattoo artists, social media is everything because we cannot advertise publicly. I am grateful that it has helped many of us to become famous and meet clients from all over the world. In the world”.

They must try to avoid any friction with guests because their work is against the law. Therefore, Korean tattooists pay more attention to hygiene, spend a lot of time on design and work hard to be as professional as possible.

Ngoc Lan (According to Insider)