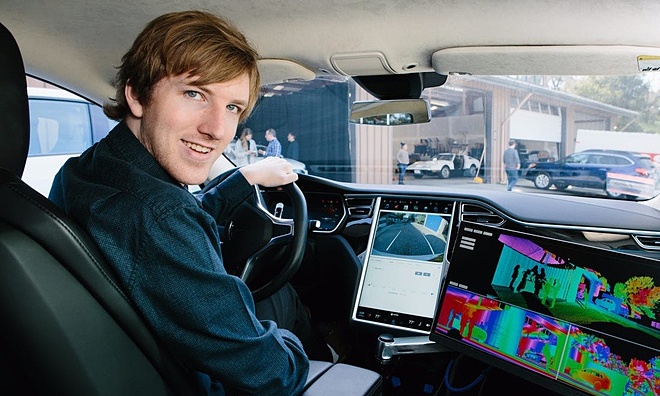 AmericaLuminar shares rose nearly 30% after the IPO on May 3, making CEO Austin Russell, 25, the youngest billionaire in the world with a net worth of about $ 3.3 billion.

From an early age Austin Russell was a scientific prodigy. At 2 years old, while the other children were still struggling with the diaper, Russell was on the periodic table of elements. “I’m obsessed with learning certain things and understanding new fields of science,” he said CNBC.

Russell started writing software at 10 years old. That time, because his parents did not allow him to buy a phone, the boy converted the game console into a mobile phone. The machine really works well.

By the time he was a teenager, Russell’s hobbies became more complicated. “I am passionate about computer systems, supercomputers, other things on hardware and then develop on laser, optoelectronic and optoelectronic technologies,” he said.

Russell realized there was “a whole new horizon” in the photonic realm and the boy wanted to be a part of it. From the age of 14, Russell worked on Lidar – a method that uses lasers to measure an object’s distance. It can be used to create 3-dimensional maps, leading technology that allows self-driving cars to identify and avoid obstacles.

Although Russell invented the technology in high school, the real business started after dropping out of college at the age of 17. Russell’s parents were “slightly skeptical” of this decision. However, since their son built a research room in the garage from the age of 11, they always know his abilities. Russell’s startup went silent five years before going public (IPO) in April 2017, headquartered in Orlando.

Luminar produces sensors that detect light and distance (also known as lidar), on a platform that uses laser-reflected beams to guide vehicles. Sensors are usually quite expensive, and Luminar stands out in the competitive startup arena for its cost reduction. Currently, Luminar is selling its products to big car corporations like Volvo, Daimler or even Intel’s Mobileye.

Looking back on the eight years before becoming a billionaire, Russell still finds it “amazing and surreal”. The guy who usually works 100 hours a week said: “It was a time of sweat and tears, a lot of people stayed up at night. But yes, our efforts finally got credit.

Bao Nhien (According to the Nytimes)