(Sports News, Tennis News) Novak Djokovic has just flown to Montenegro to relax despite not being able to attend the Australian Open 2022 because he was expelled by the Australian government. The name of the world No. 1 male tennis player was also unexpectedly named after a new species of animal known for being slow.

Video Novak Djokovic has just come to Montenegro to have fun to forget the sadness of being expelled by the Australian government:

After returning to his hometown of Belgrade (Serbia) last Monday (January 17) and having a few days of rest here, Novak Djokovic has just taken a flight to Montenegro to have fun to forget the sadness of being canceled by the Australian government. and deportation prevented him from attending the Australian Open 2022. On the social network Instagram on January 21, a blonde girl with the account ded4jicjelen4 posted a photo of Nole smiling brightly when taking a photo with a young fan boy when he came to Montenergo.

A local radio station in Tivat (a coastal town in the Bay of Kotor, southwestern Montenegro) shared a new video clip taken while Djokovic was on vacation at the seaside resort here, where he resides with guests. Regent luxury hotel. The world No. 1 player smiled and posed for a photo with a boy in Montenegro

Nole also recently posed for a photo while visiting an Orthodox Serbian Catholic monastery in Ostrog. This is not the first time Djokovic has visited Montenegro. Last summer, he used to come here to relax before attending the Tokyo Olympics in Japan. According to The Sun, Djokovic is in talks with lawyers about suing the Australian government for “mistreatment” of him to demand more than $ 4 million in compensation. He was deported from the country ahead of the 2022 Australian Open after a more than a week-long visa battle with the authorities.

The figure of more than 4 million USD that Djokovic wants to be compensated includes the total prize money of the Australian Open 2022 that he could receive if he won the tournament.

Another rather surprising information related to Nole has just been shared. According to the international journal Subterrannean Biology, a new species of snail discovered in the Vriješko Vrelo spring in Montenegro has been named “Travunijana djokovici”, after Novak Djokovic.

This new species is named after Novak Djokovic, a famous Serbian tennis player, in recognition of his enthusiasm and inspirational energy giving back to the community, the magazine said. .

Although he was surprised to learn that a species of snail, known for its slowness, was named after him, Djokovic was still amused. 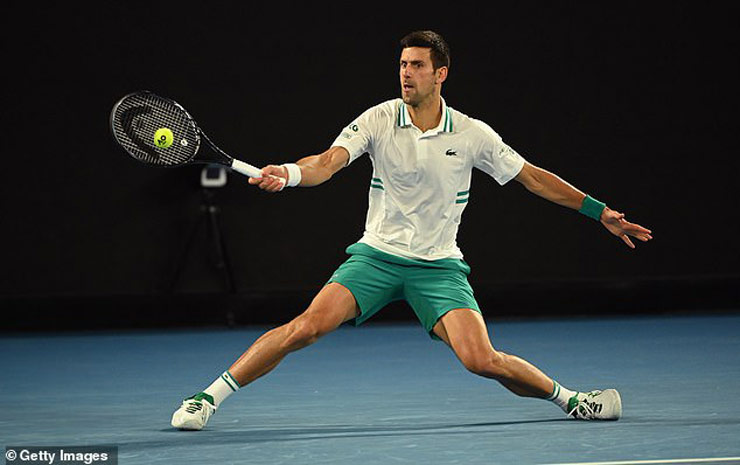 He said while laughing: “I am very honored that a new species of snail is named after me because I am a person who loves nature and ecology. I appreciate all kinds of animals and plants. I always try to live in harmony with nature. But really, this news made me laugh.”

It is not yet clear what next tournament Djokovic will participate in after he was stripped of the right to defend the Australian Open men’s singles title. Most likely, it will be the Dubai Tennis Championship (February 14-22). This ATP 500 tournament in Dubai (UAE) is where Djokovic has won 5 times, only inferior to Roger Federer (8 times).

However, if the organizers of Dubai Tennis Championship 2022 do as strict as the Australian government just did, Djokovic still has the possibility of not participating if he does not disclose whether he has been vaccinated against Covid-19 or not. . (Tennis news) The Australian Open will have 2 new “kings”, but only Medvedev is a clear candidate for the men’s singles title.