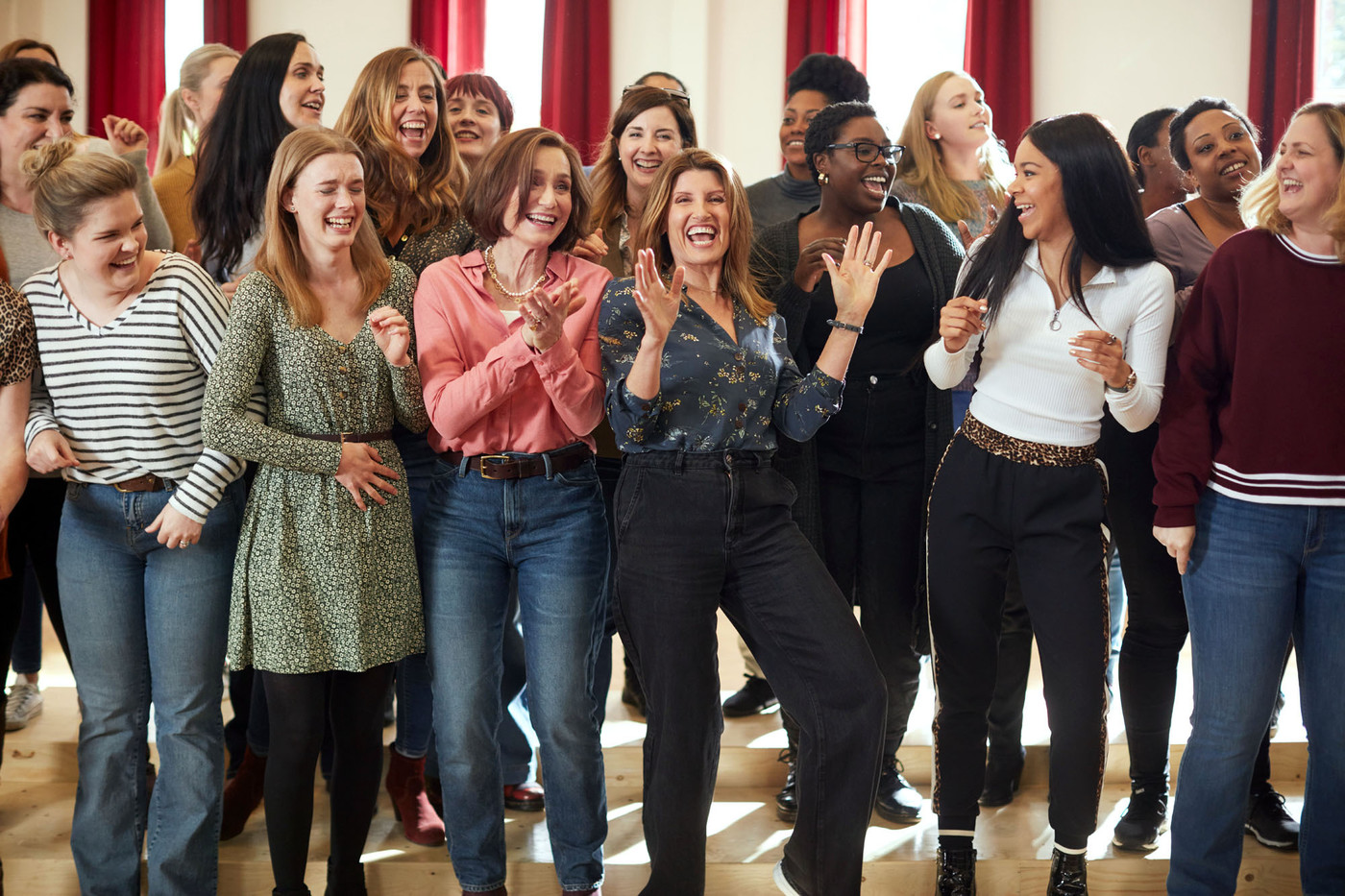 Being the wife of a soldier has its drawbacks, the first of which are separations of several months during operations abroad. To the absence is added a dull anguish when it is not a question of maintaining peace, but of waging war.

In 2011, soldiers from a garrison left Yorkshire for a six-month mission in Afghanistan. The Colonel’s wife, Kate Barclay, offers the small community of wives and companions to gather around common activities to overcome boredom and distract themselves from anxiety: coffee taken together, knitting club or maybe singing.

After a few hiccups, it is the choir that wins the most memberships. Kate naturally takes the lead, assisted by Lisa, more experienced. Everything opposes the two women, with an astonishing cocktail of rigidity, restraint and enthusiasm for the one, and more freedom and modernity for the second who nevertheless seeks strength in alcohol. The spikes they throw at each other and their confrontation over the repertoire remind a member of the choir of the period of her parents’ divorce.

An energetic duo of leaders

If the narrative arc brings little surprise, The Singing Club, inspired by a true story, turns out to be a flawless dramatic comedy, with a crescendo of emotions as mastered in sadness as in joy. The energetic face-to-face between Kristin Scott Thomas and Sharon Horgan works wonderfully. Behind them looms a group of touching women where stand out Jess (Gaby French), a shy angel voice, and Sarah (Amy James-Kelly), whose husband had just joined the garrison when the bell rang. starting signal.

The film’s conventional plot (wives singing awaiting their husbands’ return) is counterbalanced by hard-hitting, often very funny dialogues, and fine paintings of individual trajectories. To a pacifist opposed to the presence of the British army in Afghanistan, Lisa launches, half-amused, half-bitter: “We don’t have the privilege of being against war, we are married to it. “

Through song, these women make their voices heard, some of them learning to express feelings of anger, fear and gratitude that are still silent. With them, Peter Cattaneo, the director of The Full Monty, international success of the end of the 1990s on a group of unemployed people ready to expose themselves to get out of poverty, proves that he remains a tenor of the choral film.