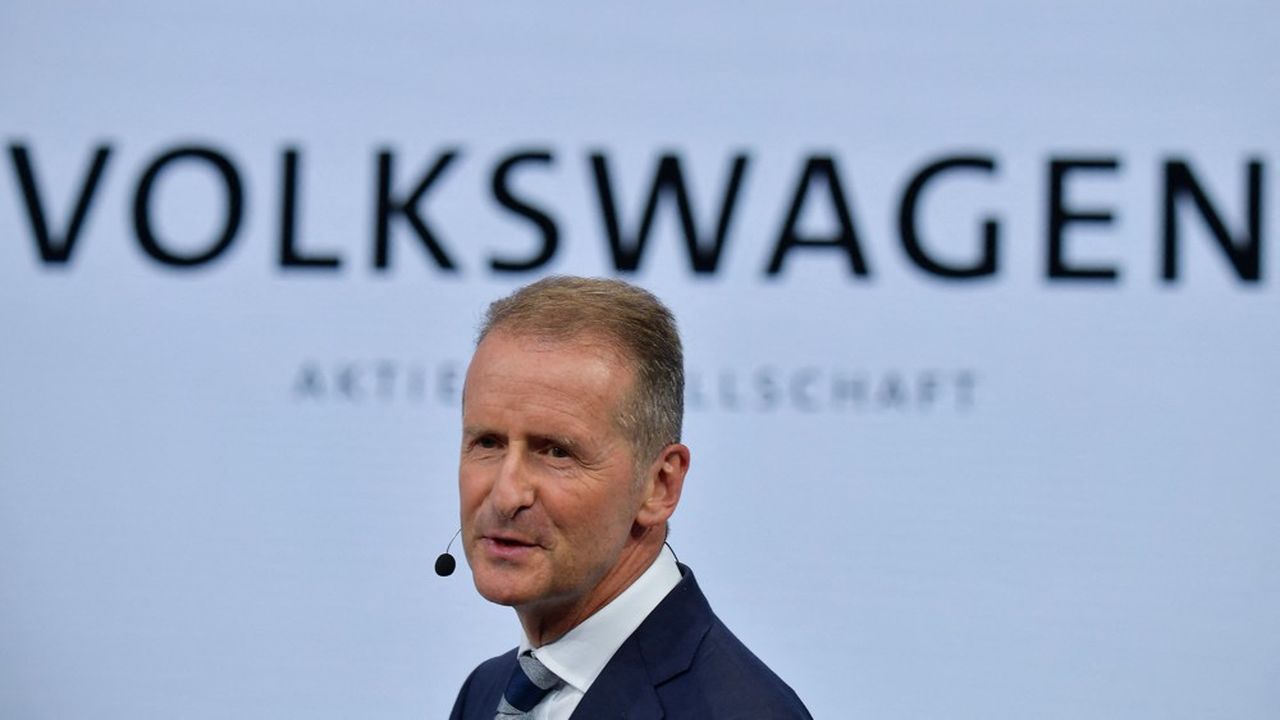 Flames could have come out of the chimneys of the historic Volkswagen plant in Wolfsburg, as tensions are exacerbated between the management and the employees of the group. Up to 50,000 employees were gathered Thursday in hall 11 of the factory, or by the intranet of the group, to hear their boss, Herbert Diess. The latter had been summoned to explain himself to the works council before presenting, on December 9, his investment plan, plant by plant, for the next five years.

Mistrust has grown since he mentioned the abolition of 30,000 jobs at a meeting of the supervisory board. Sinking iron in the wound, the specialized media Auto Insider revealed, moreover, that the management of Volkswagen would consider producing in China the next ID.6 electric cars intended for the European market.

The intervention of Herbert Diess will have only half reassured. Wolfsburg will be “the spearhead” of the next transformations initiated since his arrival at the head of the group in 2018, Herbert Diess promised. He relies in particular on the site’s production lines for the launch of electric and autonomous Trinity models in 2026.

However, “the jobs that exist today will certainly become scarce in the next ten to fifteen years – especially in the administration of the group, but also in production and development,” he warned.

Tesla once again served as the master stallion for the Volkswagen boss for whom “the next Golf must not be a Tesla”. It doesn’t have to “come from China” either. And to compete with the American manufacturer, Volkswagen must strengthen its productivity, recalled the leader. Elon Musk’s firm will start producing half a million cars a year in Grünheide, near Berlin, from the end of the year. However, Tesla builds a car in ten hours, whereas the VW plant in Zwickau does it in thirty hours. The ambition of the boss of the group is to reduce the deadline to eight o’clock next year.

This parallel with the American firm had the gift of exacerbating the anger of the unions. Rather than spending time on stage with Elon Musk, management should ensure the delivery of semiconductors, insisted the new president of the works council, Daniela Cavallo.

“The truth, Mr. Diess, is that management is not able to supply the capacities that our factory is able to produce”, while “other manufacturers are doing better”, she said. launched by pointing out that production had fallen to the lowest in sixty years due to the shortage of components.

The new employee representative has decided to continue the showdown with management, while Herbert Diess believed he had buried the hatchet with the departure of former IG Metall representative Bernd Osterloh last May. To ease tensions, mediation has been set up with the group’s supervisory board.

In the meantime, Daniela Cavallo took advantage of a long ovation on Thursday for her first intervention before the plenary of the works council. Herbert Diess did not even have the right to polite applause. For now, there is no question of asking for his head, says one on the side of the unions.