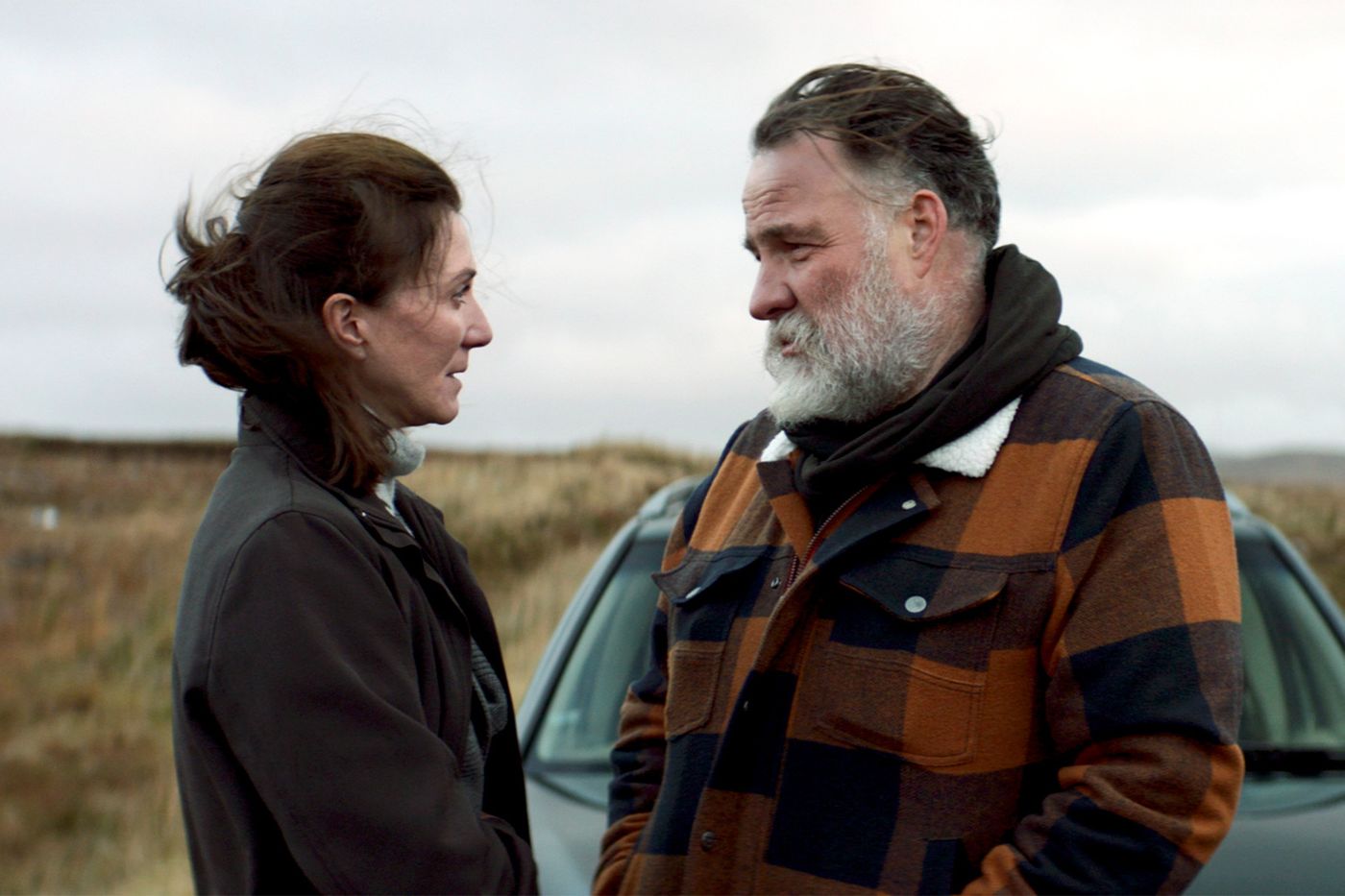 Of the reasons why Phil came to settle on the Isle of Lewis, in the north of Scotland, the last piece of land before the immensity of the Atlantic Ocean, we will first know almost nothing. Besides, no one there has thought of asking him the question.

This sixty-year-old Belgian, who stirs up peat and erects fences for a local breeder, lives alone, on the fringes of the Presbyterian community that resides there. Work and the Sunday service, for which women still wear hats and dark clothes, as in the 19th century, alone punctuate the daily life of its hard-nosed inhabitants.

Victim, one night, of a stroke which leaves him amnesic, Phil is helped, on his return from the hospital, by the daughter of his boss, Millie, a pretty, austere and somewhat stiff woman. She confides in him, to his great surprise, that they had a secret affair before his accident.

The mystery that links these two beings will not be difficult to unravel as the scenario that Bouli Lanners has built for his fifth film as a director is predictable. But like Phil, his character, we indulge without displeasure in this lovely late romance. The actor magnificently films the arid beauty of the island’s landscapes, thus reinforcing the miraculous nature of the blossoming of love in this hostile environment.

→ CRITICAL. “The first, the last”, harsh hymn to life

Millie, corseted in the principles of her community, suffers from an exemplary life which left her single and childless. We sense that Phil has also fled a daily life full of wounds and bumps on which the impromptu arrival of his brother (Clovis Cornillac) will eventually lift the veil.

Bouli Lanners abandons the quirky universe that was his until then to dare the great romantic love story as improbable because of the age of its protagonists as by their physical and social differences. Between this big gruff, slightly boorish man and this sophisticated woman, to whom the British actress Michelle Fairley brings all her charm, the mutual attraction nevertheless seems comfortingly obvious.