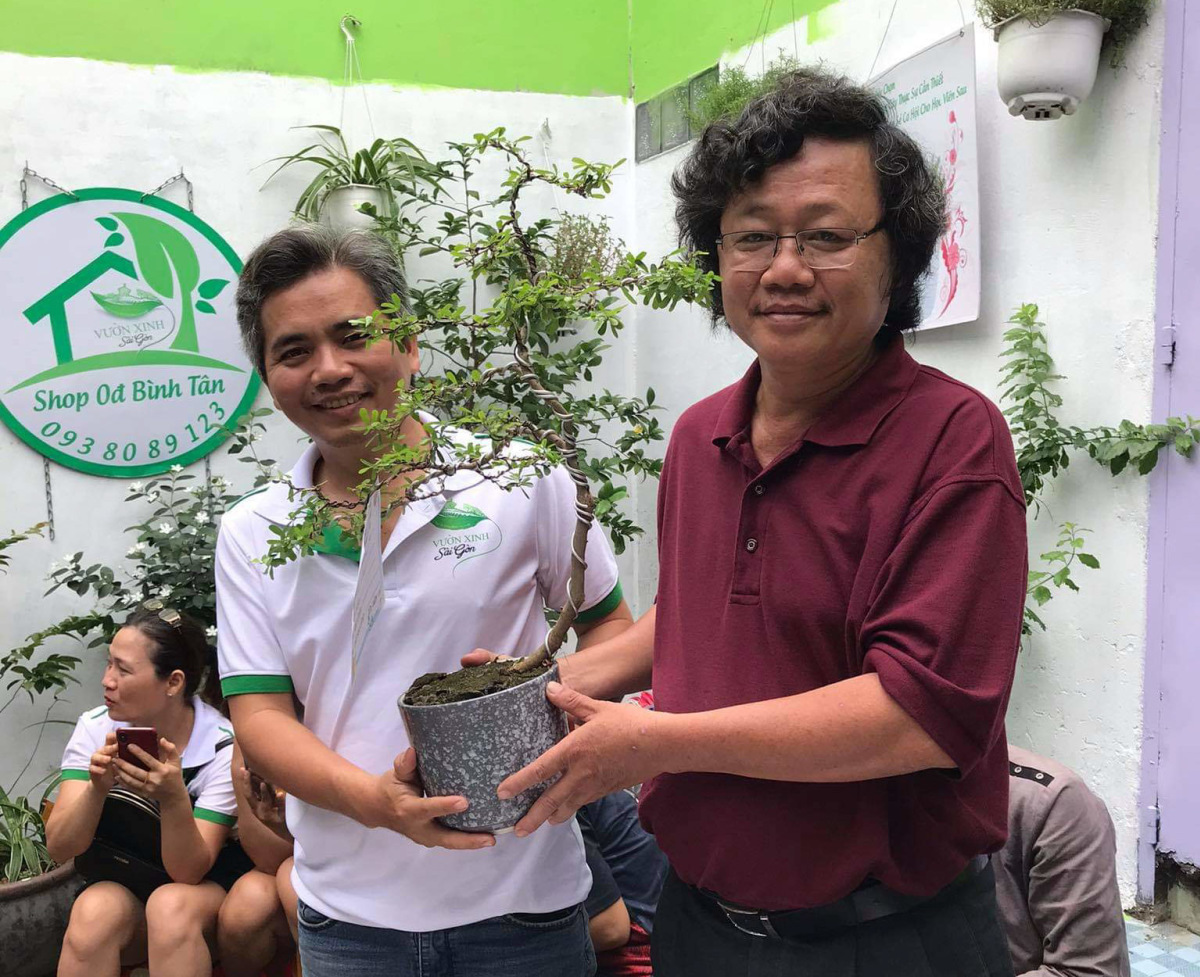 HCMCFor over a year, Hong Nhung’s group has set up a zero-dong tree shop and held a fair so that gardeners can come get free crops and seeds.

Dozens of ornamental plants are grown in small plastic cups placed neatly on a shelf close to the wall. Next to it is a seed shelf, wrapped in a sealed bag by Ms. Nhung and clearly labeled with the name of the seed. Also at her house, on the last Sunday of the month, the Saigon Beautiful Garden group will hold a fair for the members to bring their family’s plants and seeds to exchange for free.

“Not only members of the group, but people passing by, if they see a plant they like, they can take it to plant”, said Ms. Nhung – a member of the group’s administrator board.

Initially, the group of Saigon Beautiful Gardens was just a gathering place for people who had the same interests as plants and vegetables at home. After a period of operation, it was found that members wishing to exchange and donate plants and seeds from their garden, from June 2019, the first shop and market opened. After just over a year of operation, the group has now had more than 3,000 members. In addition to the store located in Nhung’s house, there is another establishment at 177 Bo Bao Tan Thang, Tan Phu District.

Common fruits and vegetables such as cucurbits, zucchini, cabbage, and lettuce were shared the most by members, but as time went on, the varieties of plants also increased like flowers and ornamental plants.

Mr. Tong Nguyen, 39 years old, from Long An, a participant from the first fair said: “My home in the countryside has a large garden, so I often multiply many trees for everyone, especially fir trees. We do not know, we happily chat, share experiences and give each other trees.When we see people receive their trees, take care of them, then post them online to show off, I feel happy, sometimes read the comments and then laugh. Seeing that I have done something for the community even if it’s just a small thing “.

Because the fair is usually held on Sundays, fearing that many members are busy with their children being unable to participate, the group of Ms. Nhung has arranged a separate area for the children to paint and make sand pictures so that parents can “free time. hand “go pick trees.

Last month, the group’s management board also instructed people how to drill holes in ceramic and glass pots, cups and bottles by themselves.

In addition to sharing trees or seeds, some people also brought homemade banana and eggshell fluids to “sell” for 0 VND for members to water and fertilize. Fearing that nursery in plastic cups will increase waste, almost every market has someone to bring used cups to those who need it.

Last year, after storms and floods causing heavy damage in the Central region. At the end of October market, with the help, “counsel” of the gardening aunts and the cooperation of groups of friends who love trees, Saigon Beautiful Garden held a tree auction to support people in flood areas.

The fair combined with tree auctions attracted nearly 200 participants. “Members like Uncle Tan Chau in Phu Quoc have sent pots of tropical hydrangeas to ask the auction team to help,” said Ms. Nhung. The auction that day brought in 64 million dong and was sent by the group to the Central Support Fund of a major newspaper.

After the flood and storm passed, the Saigon Beautiful Garden launched a movement to donate seeds to the Central region. About 25 kg of seeds of all kinds are divided into 5 bags, divided equally among 5 provinces from Quang Tri to Quang Ngai. Members in the provinces have the responsibility to receive and equally distribute the seeds to farmers near where they live.

Since the establishment of the shop and the market is not favorable, Nhung and the other members of the group management are busier, and also happier because there are more opportunities to meet friends with similar gardening interests. She hopes that each district in the city will have a “tree shop for 0 VND” so that more trees can be given away.

“The joy of everyone in the association is that each month, they receive new seedlings to plant and see their own trees being taken care of by their new owners, bearing fruit and flowering”, Ms. Nhung shared.