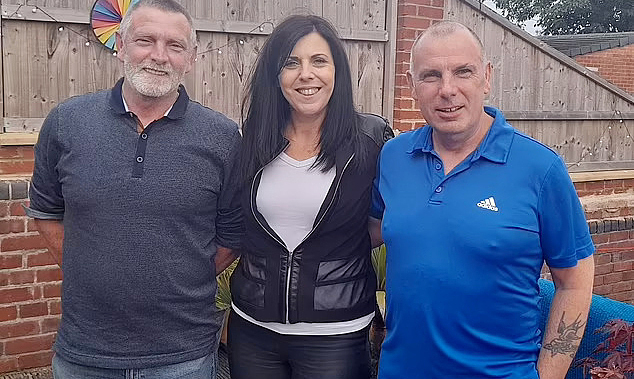 IrelandThe reunion of David McBride and Helen Ward in the TV show Long Lost Family in June 2020, thought it was a happy ending, unexpectedly there was a more thrilling side story.

From Australia, John Dowling’s daughter Donna watched the show and noticed her father’s similarities with the two on TV. Her father John was abandoned in a phone booth in Drogheda, east of Ireland in May 1965, in a bag.

Meanwhile, David was discovered in a checked bag, in the front seat of a parked car in a residential area in Belfast, Ireland, one morning in January 1962. Helen was also discovered in her pocket, at a phone booth in Dundalk, Ireland in March 1968.

As soon as she finished watching the show, Donna picked up the phone and called her father, asking him to take a DNA test. The results show that the three are siblings.

For years, all three spent many years trying to find their biological parents without success, until David took a DNA test in May 2019. DNA data on the repository of Long Lost Family shows that they share the same parents. In April 2021, the three brothers reunited for the first time.

David, Helen and John, all with families and children, grew up happily in the families that adopted them. In which, David is a lawyer living in the West Midlands (England), Helen is a freelance flower trader in County Dublin (Ireland); and John is a truck driver living in County Kilkenny.

John said it was interesting to see his brother and sister with similar facial features. “We talked about situations we’ve been through. It’s been half a century and it’s unbelievable that three brothers can sit together after all this time,” said John, 56.

Ms. Helen said that her whole life has been longing to find a family. “I’m so glad I put all my trust in my family search and got an amazing result,” the 53-year-old said.

Mr. David said, all three still have many questions about their parents and why they abandoned them, but their parents have passed away, so there is no answer. All three brothers said they do not judge their biological parents, but hope to be able to connect with more family members, to add details to their stories.

Geneticists have found that their mother lived on the southwest coast of Ireland and came to Dublin at a young age. There she met their father, a married shop owner with 14 children. The love affair of a Protestant man and a 17-year-old Christian girl is taboo if discovered, especially in times of conflict between religions.

Sources found their parents were in a relationship for 40 years. Their mother passed away in 2017, while their father died in 1993.

Helen hopes their story will give hope to those on a quest for identity. “You can’t make up this story, even if you try. The truth is always harder to imagine than imagined,” she said.

Currently, the three brothers contact and meet regularly. They are writing a book together to share more of their story.