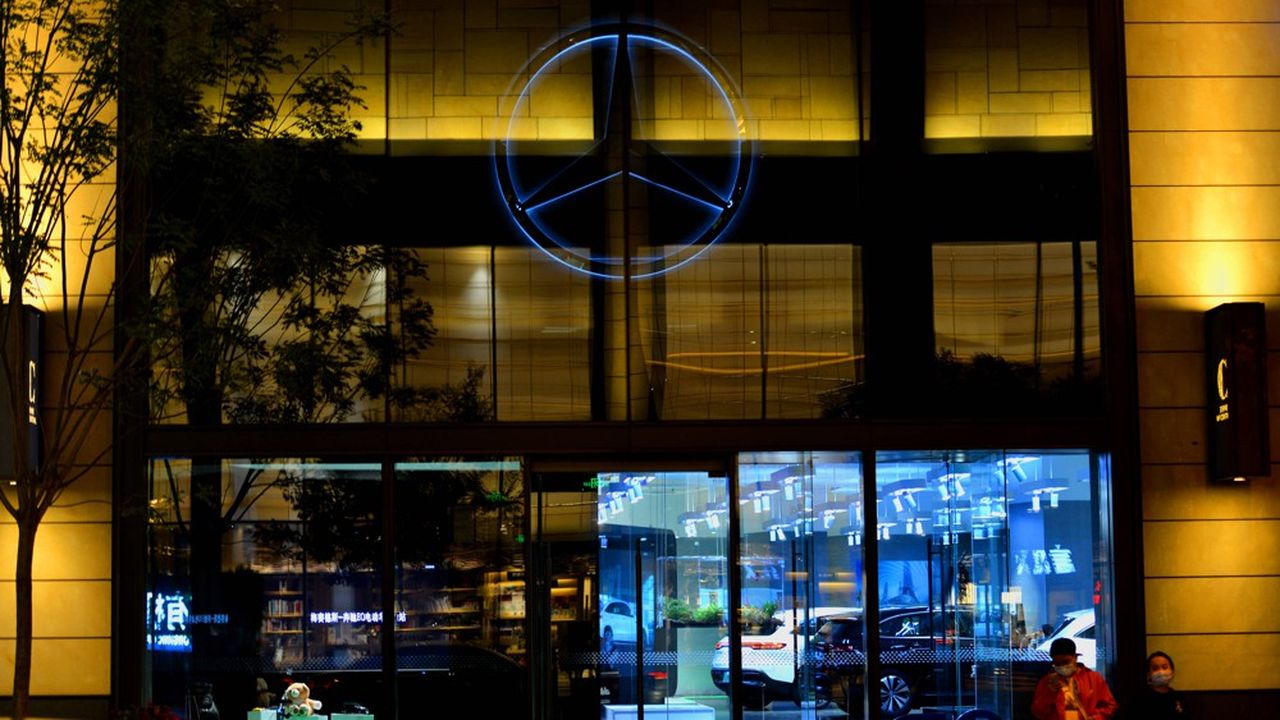 We are still far from the euphoria surrounding the dynamism of Tesla but the shareholders of Daimler found reason to hope on Friday. After a spring weighed down by the coronavirus pandemic, the performance of the Stuttgart-based group in the third quarter convinced it to raise its forecasts. “Economic conditions are stabilizing in our main markets and in 2020 we should achieve an operating profit (Ebit) at the same level as last year,” said Harald Wilhelm, CFO of Daimler.

After a loss of 1.9 billion euros in the second quarter, the manufacturer recorded in the last three months a profit of 2.2 billion euros, up 19% over one year. Over the first nine months of the year, operating profit remained nearly halved over one year to 2 billion euros and sales were down 20%. Harald Wilhelm, however, reported the first few weeks suggesting that the fourth quarter would be better than the previous one.

The rebound in recent months has also been accompanied by a significant strengthening of the group’s cash flow: still negative in the first half of the year, they now exceed 5 billion euros. This news boosted the title of Daimler on the stock market, which opened the session up more than 2%.

The newfound fortune of the German car manufacturer is largely due to the “impressive” recovery according to Harald Wilhelm of the Chinese market, particularly fond of high-end Mercedes-Benz cars which provide better margins to Daimler. In the third quarter, Mercedes sold nearly 225,000 passenger cars there, an increase of 22% over one year, while its sales fell by 5% and 9% respectively in Europe and the United States.

Mercedes currently generates 37% of its passenger vehicle sales in Asia. “China is our most important market and we intend to strengthen ourselves there,” said Harald Wilhelm that dependence on China does not worry.

To compensate for the drop in its overall sales volumes, the manufacturer is also rolling out the savings plan which should enable it to reduce its costs by 20% by 2025. More than 10,000 job cuts are planned but the group does not did not wish to specify his intentions. It limited itself to confirming the non-replacement of all retirements and a “set of measures” to save on the human post which represents 30% of its costs.

In total, the revenues of the flagship branch Mercedez Benz “Cars & Vans” may have fallen 3% in the third quarter, its operating profit jumped 44%. “We are on track to strengthen the resistance of our business to bad weather,” concludes Harlad Wilhelm. But Daimler’s transformation is a long-distance race, ”he warned.