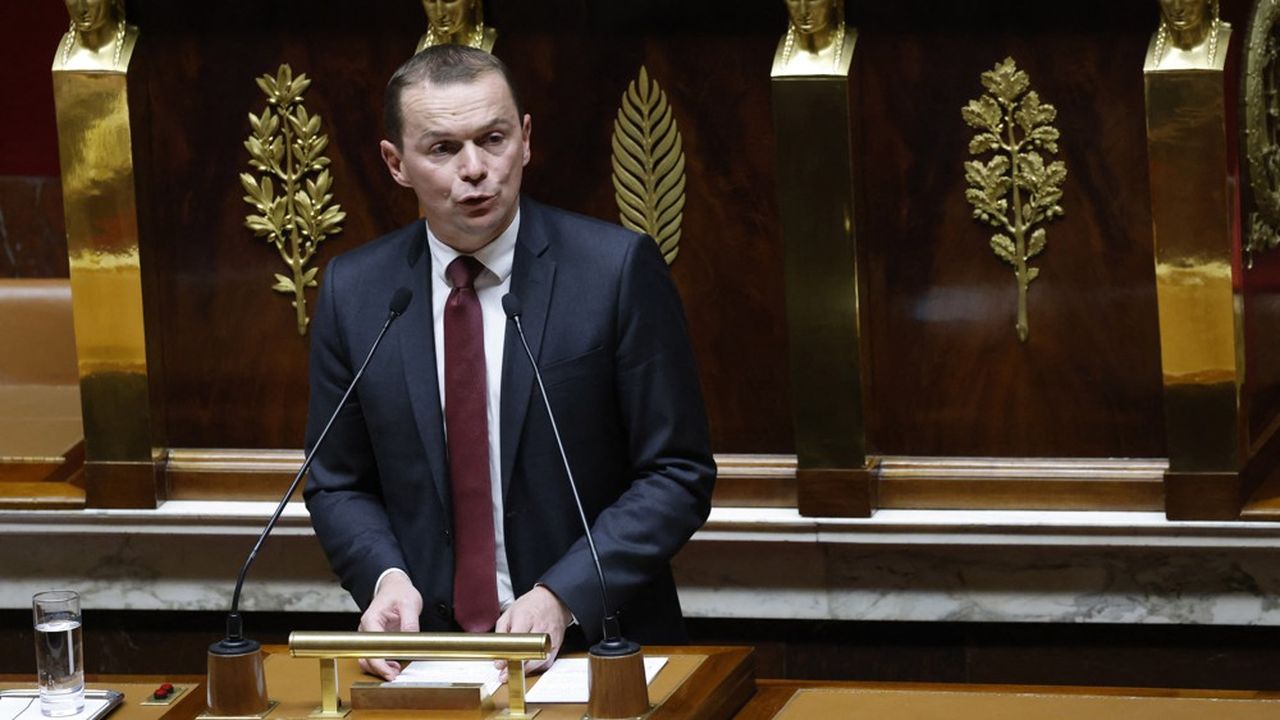 The government is charting its course on pension reform. During a meeting to launch consultations with the social partners on this ultra-sensitive project on Wednesday, the Minister of Labor, Olivier Dussopt proposed to move forward in stages before drawing conclusions in mid-December.

This meeting was expected when the government gave up last week to force through the reform this fall in the draft Social Security budget for 2023. What relieve the social partners who were all present, Wednesday, even if the unions are against the postponement of the retirement age to 65 years.

Now decided to pass a bill “before the end of winter” to put the reform to music “in the summer of 2023”, the government did not detail its project on Wednesday. He contented himself with talking about the working method and the timetable. All in a “peaceful” and “constructive” atmosphere, we are assured at the ministry.

And for good reason, from a union source, if the employers reiterated their wish to see the legal retirement age pushed back, Olivier Dussopt would have been careful not to pronounce the angry words, by making no explicit reference to 65 years.

For the previous reform, aborted due to the Covid epidemic, the government method had been to advance in parallel on the various subjects concerned, called “blocks”. Now make way for “cycles”. Three, each of three weeks, will follow one another very quickly. Too fast, the unions have already said.

The social partners will get to the heart of the matter next week – October 10 – when the first “cycle” devoted to the employment of seniors and the “prevention of professional wear and tear” will open. From November 7, unions and employers’ organizations will be heard on issues of social justice and equity. The opportunity to address the subjects of gender equality but also of the “contributory minimum”, knowing that the government has promised to increase the minimum pension from a full pension to 1,100 euros.

This second round of discussions will also be an opportunity to start looking at sensitive issues. Civil service pensions will be on the program. The subject is all the more delicate as on December 8 will take place the professional elections which make it possible to measure the representativeness of the unions among the agents of the State, local authorities and hospitals.

On this theme, the Minister of Public Service, Stanislas Guerini will also have his say even if the site remains first piloted at the Ministry of Labor and at Matignon. This is also where the explosive subject of special regimes will appear, which should begin to crystallize tensions.

Finally, the delicate question of the balance of the pension system, and therefore that of raising the retirement age, will constitute the third and final cycle, which will start on 28 November.

This schedule spares trade union sensibilities while employee organizations display their unity in opposing the postponement of the legal age, the effectiveness of which the government praises in redressing the accounts of the pension system promised to lasting deficits. The government can thus hope to avoid slamming doors at least until mid-November.

On the form, at the Ministry of Labor, we promise an “open method where everyone will be able to present their proposals”. But the choice to proceed only through bilateral talks, possibly several, does not already satisfy the unions. “It will force us to regularly make points between trade union organizations to exchange information”, notes a trade unionist, while the inter-union will try to work on common proposals.

The employee representatives asked that at the end of each cycle be organized a summary meeting bringing together all the social partners. Olivier Dussopt opposed them an end of inadmissibility. On the other hand, he did not rule out organizing a new meeting with all the employers’ organizations and trade unions at the end of the consultation.