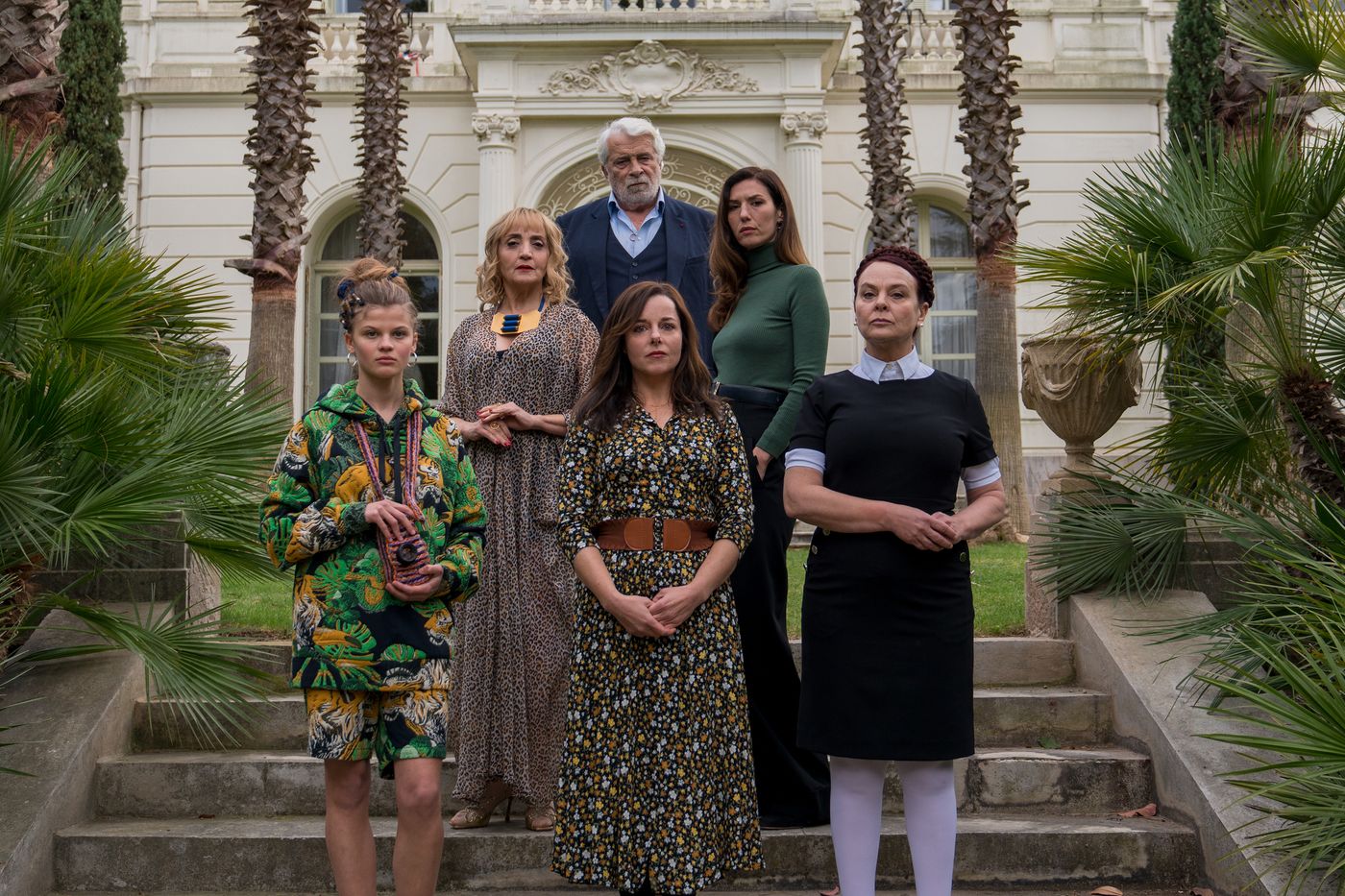 The Origin of Evil**

A modest woman, Stéphane (Laure Calamy), seems to be hitting rock bottom. His landlady asks him to leave the room she rents him. His meager salary at the fish cannery does not make it easy to find a new home. Her companion, an inmate (Suzanne Clément), refuses to see her in the visiting room and their reunion is regularly stormy.

Cornered, Stéphane calls Serge, her own father, whom she does not know. Against all odds, he invites her to Porquerolles where he lives. She lands on the island where she discovers her father (Jacques Weber), his wealth, his huge home and his wives with the false airs of the Adams family.

Beneath affable appearances, Louise (Dominique Blanc), Serge’s wife who occupies her days with online purchases that are as useless as they are ruinous, constantly throws spades at her daughter-in-law. Responsible for their father’s empire, George (Doria Tillier), his other daughter, bluntly summons Stéphane to never set foot in their home again. The servant, Agnès (Véronique Ruggia Saura), does not hide her hostility towards this newcomer either.

A dark comedy with a thriller twist

Only Jeanne (Céleste Brunnquell), George’s daughter, can be pleasant, while explaining that she hates the family, “a poison that runs through our blood “. Facing them, Stéphane, intimidated, introduces herself as the recent creator of a fish cannery. What does she expect from her father and he from her?

This black comedy about the toxicity of the family crossed with a thriller will not be to everyone’s taste. The title announces the color of a squeaky film where the sourness of the exchanges is matched only by the profusion of pretense. It nevertheless seduces with its actors who find a role commensurate with their talent, Laure Calamy in particular, who composes a more complex character than what is usually offered to her. Jacques Weber is imperial, between omnipotence and exasperation in the face of his vulnerability.

Transformed into a kind of French Tilda Swinton, Dominique Blanc multiplies the illusory facets to better lose the character of Stéphane. First on the sidelines of the story, Suzanne Clément, an incandescent ball of energy, will be the detonator. Just like the twists and turns that revive this camera, when the plot threatens to run out of steam in the chilling little universe of Serge and his women.