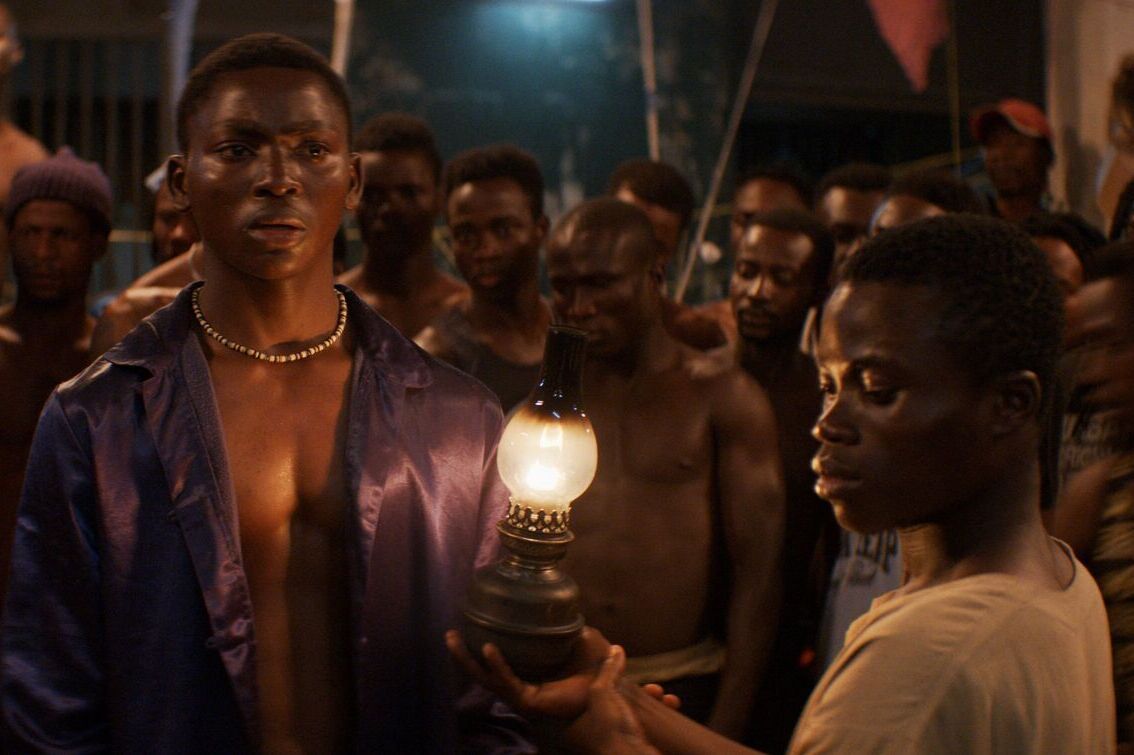 The night of kings **

La Maca, the Abidjan remand and correction center is one of the most overcrowded prisons in West Africa. Established in the middle of the forest, it is a universe in its own right with its unwritten laws and its prisoners who roam freely in the corridors, engaging in all kinds of activities. It is governed by a supreme leader, the Dangôro, who has the power of life and death over the inmates. However, precisely that of Blackbeard, weakened by old age and illness, is contested by a new generation who wants to put an end to the practices of another time.

A hallucinatory dive into the camera of an African prison

To try to obtain a reprieve, the boss will take advantage of the red moon to resume a ritual which consists in forcing a prisoner to tell stories all night long. He sets his sights on a newcomer, baptized “Roman”, who like a Scheherazade of Thousand and one Night will have to captivate his audience until dawn if he wants to avoid being sacrificed. This one launches out in the half-real half-imaginary story of the life of Zama King, leader of the dreaded gang of “microbes” which ended up being lynched by the mob because of the violence of his crimes. At first intimidated, the young man ends up captivating his audience while behind the scenes rival gangs settle their account.

The Franco-Ivorian director offers us with this Kings night a hallucinatory dive into the stifling closed doors of an African prison where overheated bodies and minds threaten to explode at any moment and where only words have the power to soothe them. This Shakespearean drama, from which it borrows its title, brilliantly combines all the violence of Ivorian society with an imagination bathed in traditions and magic. Like a griot of ancient times, “Roman” will indefinitely resume the course of his history, adding twists and turns to raise a banal news item to the rank of legend and try to delay a fatal outcome for him as for his hero.

Filmed as close as possible to men in a virtuoso body ballet, this second feature film by Philippe Lacôte, a promising new avenue for African cinema, is as much a theatrical performance as it is documentary realism. A success.