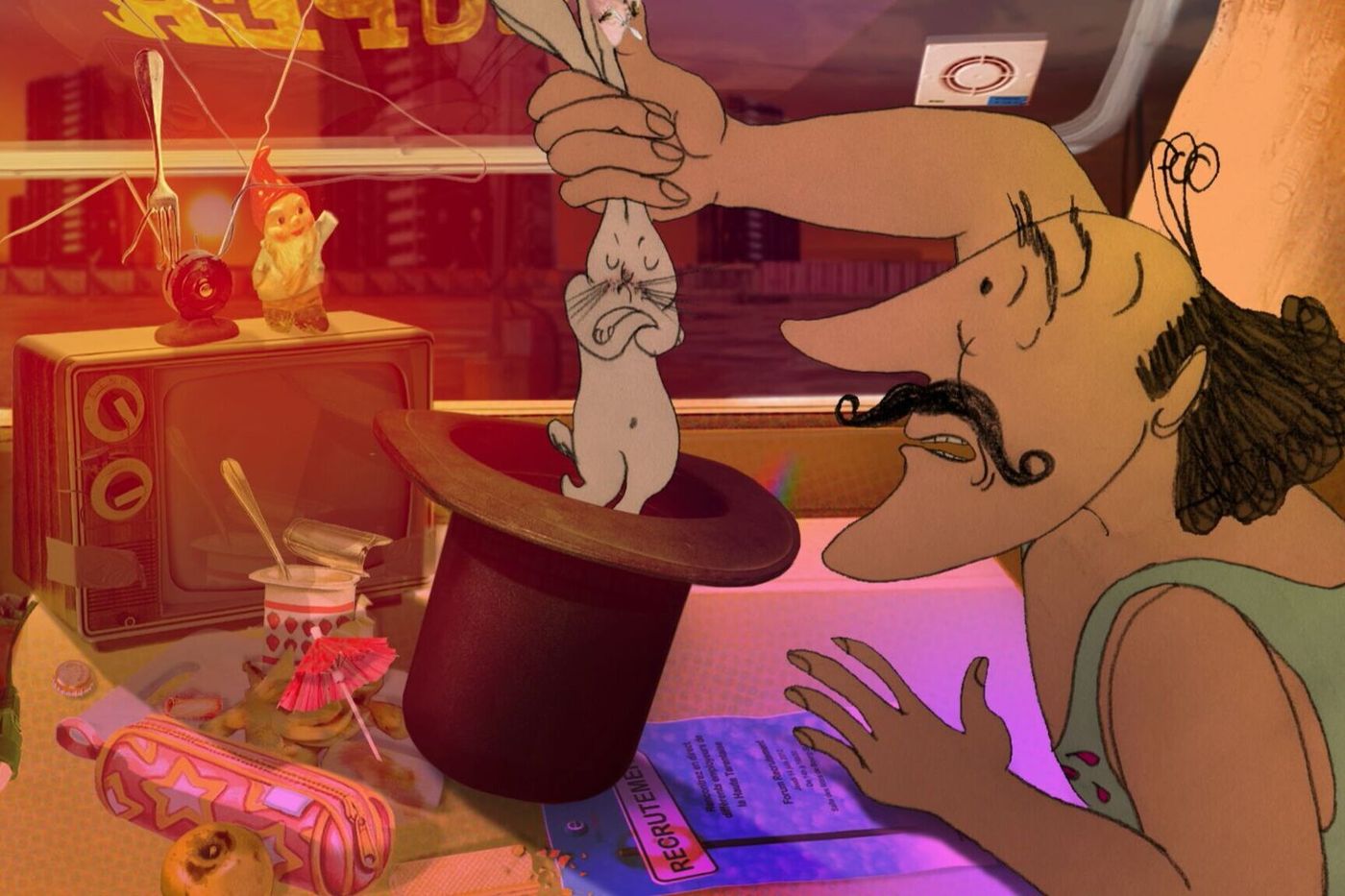 The whole is more than the sum of the parts. It is on this old philosophical principle that the perilous construction of Neighbors of my neighbors are my neighbors. In their first feature, Anne-Laure Daffis and Léo Marchand take up the earthy characters created for their animated shorts, the Belgian and clumsy ogre of Saint-Festin (2007) and the clumsy Italian magician of Life Without Thing (2013).

They enter the whimsical and wacky round of this story without tail or legs. Those of the assistant of the magician Popolo have also made the trunk, collected by an old gentleman, gentle and kind, who does not recover from a heartache. His neighbor, a pretty flamenco dancer, entrusts, one evening of a show, his boys to the ogre, without knowing that it is the Saint-Festin, during which he and his fellow men traditionally eat a child.

In the building, the agitation is at its height when the elevator breaks down between two floors. A sudoku engineer, dressed as a mountaineer, and his dog Picasso find themselves trapped inside, as they go for a “semi-professional hiking in the middle of the mountains”…

This duo, the backbone of this sweet-crazy film, gives a lot of flavor to the whole, slices of life assembled like a colorful patchwork in garish colors, tinkered with techniques as diverse as paper cut out of magazines , a pin box or computer-generated images.

The voices play a lot. Moreover, one day, dubbing talent will have to be recognized at its fair value. Cyril Couton, “voice” of the fastidious young man and milk soup installed in the elevator cabin as in a shelter on the mountainside, and the indescribable Olivier Saladin, in the role of the dog philosopher and tongue-in-cheek who observes with a sorry eye the vain attempts of escape of his master, each deserves a César for interpretation.

We find this same gift for improvisation which had made the salt of the troop of Dogs where Saladin and François Morel excelled, also in the credits of the film where he has a lot of fun dubbing the Belgian ogre. Not all have the same genius, but breathe enough life and humor into their characters to make the farce work.

Inspired by Fellini and Tati, this tragicomic work exudes a scent of commedia dell’arte, both burlesque and melancholic, which seeks only to laugh or smile at the absurdity of our past lives chasing after chimeras.