(Sports news, 31st SEA Games news) There is unclear information about the Malaysian goddess of gymnastics’ participation in the 31st SEA Games.

The goal of the Malaysian gymnastics team at the 31st SEA Games in Hanoi, Vietnam, is to win 4 gold medals, of which Farah Ann is one of the most important individuals. However, according to the Malaysian press, up to now, the 27-year-old beauty has not confirmed whether she will attend the upcoming SEA Games or not.

For nearly a week since the rumor of Farah Ann’s retirement, people have been waiting for official information from her but still “no sound”.

The more waiting, the more tired the wait, the General Secretary of the Malaysian Gymnastics Federation (MGF), Mr. Afrita Ariany Nasril said: “Farah Ann’s participation or not depends on the decision of the coaching staff to be listed or not. because they will prepare the final list I have given a deadline for the coaching staff to send the final list to me on the morning of 8/3, before I present the list to the Malaysian Olympic Council (MOC) on noon of the same day”.

According to the Malaysian press on the afternoon of March 7, the beautiful girl has not officially spoken about whether she will attend the 31st SEA Games or not. On Farah Ann’s Instagram and Facebook, people see her posting an advertisement for a drink brand, but there is no information related to the 31st SEA Games.

If she does not speak up, perhaps Farah Ann will be excluded from the SEA Games list. Results will be known on March 8.

Farah Ann Abdul Hadi is one of the most famous female gymnasts in the history of Malaysia. The 27-year-old female athlete has the number of medals won at the SEA Games as long as her name suggests, with 7 golds, 2 silvers and 3 bronzes. 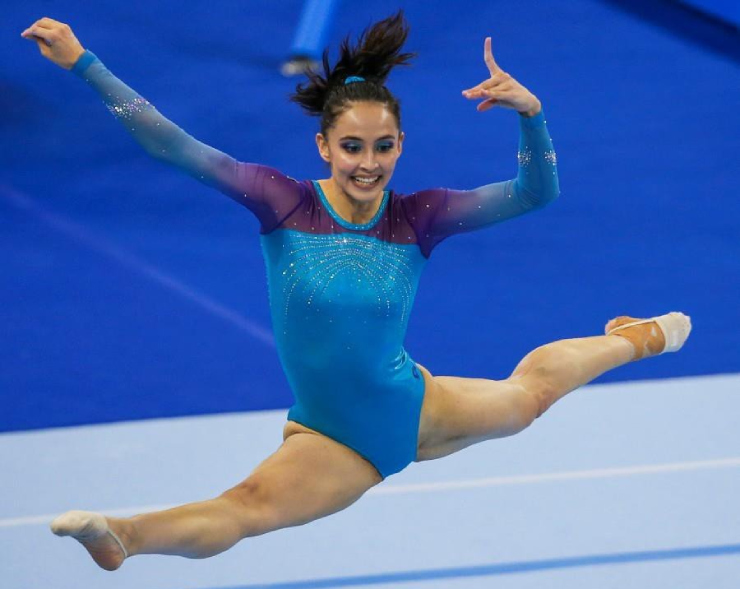 Farah Hadi has a beautiful face, she is said to be the number 1 beautiful fitness “goddess” of Southeast Asia. Every time she stepped out to perform, Hadi’s charisma on her beautiful face, confidence and standard performances always helped her win high marks from the judges. Opponents when confronting Hadi often lose a part of their confidence because Hadi is too perfect.

According to MalayMail reported on March 1, the head coach of the Malaysian gymnastics team Shu Wai said that Farah Ann has stopped training with the national team for two weeks and is likely to retire.

General Secretary of the Malaysian Gymnastics Federation (MGF) Afrita Ariany Nasril said that the 27-year-old female athlete’s application to retire has not been received, but Afrita has also heard information about Hadi’s retirement from some close friends.

Afrita said Farah Ann can have problems because of age or injury, and if the female athlete shows goodwill, MGF is ready to help.

Despite rumors that Farah Ann Abdul Hadi will give up the national team, she is still included in MGF’s plan to attend the 31st SEA Games in Hanoi from May 12 to 23 and now many people are waiting for a decision. official of arah Ann.

Afrita said MGF has set a goal for gymnastics to win 4 HCV: “Of course, if there is Farah, we will have the opportunity to win team HCV team content, but if we don’t have her, we still have chance to win other content. With or without Farah, we will still compete in the SEA Games.”

Farah Ann attended the Tokyo Olympics last year, she only ranked 68th out of 85 athletes competing in the all-round event and did not make it to the final. At the 2019 SEA Games in the Philippines, the 27-year-old athlete brought Malaysia up to 3 gold medals, without Farah it would be a great loss for the Malaysian team. (Sports news, Olympic news) Among the Asian female athletes who can shine and inspire at the Olympics, the beauty of Malaysia’s Farah Ann Abdul Hadi is full of opportunities to make…