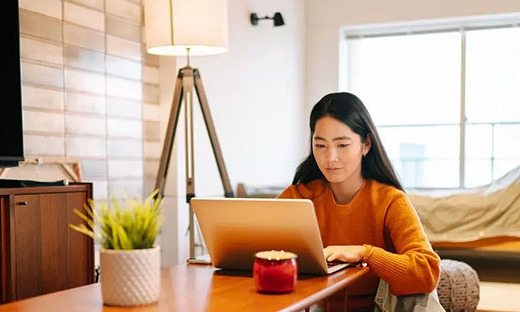 An October survey of 3,700 Americans found that 81% of 13 to 24 year olds (Gen Z) reported experiencing stress often or sometimes. The pandemic is a major source of these stresses.

High school students are faced with a difficult choice: attend college remotely or delay for a few years. Meanwhile, college graduates are considering new career paths amid the economic crisis.

The US job market has recovered, but graduates are still struggling to find work. “Everyone’s social life has been affected during the epidemic, but the younger generation is affected the most,” said economist Luke Pardue, at Gusto Payroll Company in the US.

Outside of work, 40% of Gen Zers say the pandemic has made love and dating more difficult, and maintaining good relationships with friends also faces many obstacles. This number is much higher than other generations. Part of the reason is that the social and dating lives of young people often take place around the school, which has been closed since last year.

This study was conducted by MTV and the AP-NORC Center for Public Affairs. The results also coincide with a study published not long ago by ADP Research Institute, USA, with the title “People at Work 2021: A Perspective on the Global Workforce”.

Engaging over 32,000 workers in 17 countries around the world, the study found that 78% of the 18-24 year olds said their professional life has been impacted by Covid-19, twice as much as people over 55 years old. Nearly 40% of young workers lost their jobs, were fired or temporarily laid off by their employers, compared with 28% of workers of the rest of the age group.

According to Rahul Goyal, Managing Director of ADP India & Southeast Asia Research Institute, Generation Z is the most agile and professional of all ages in the face of Covid-19. The unfortunate reality is that they enter the workforce during a recession, causing initial income to suffer.