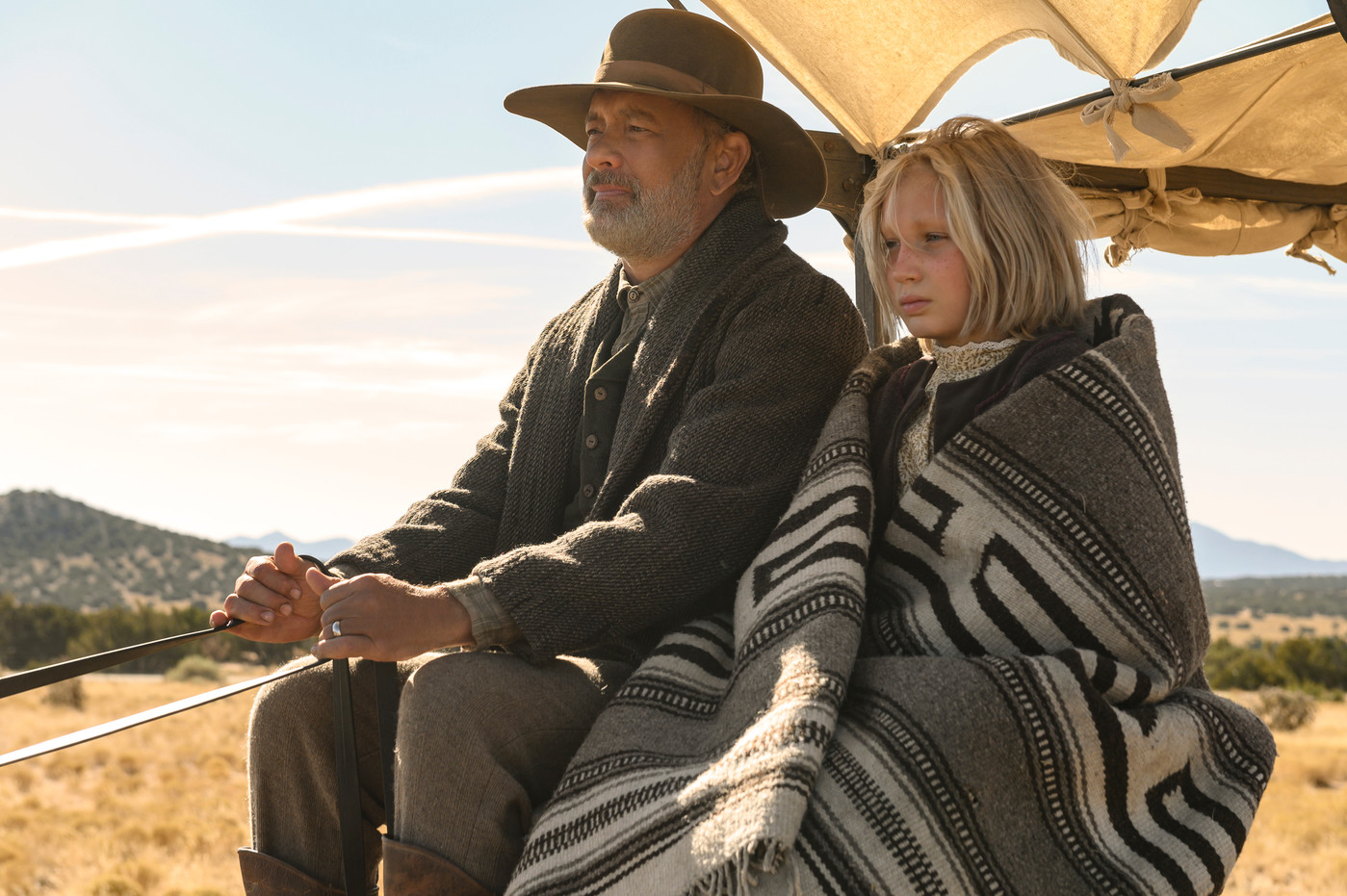 The western is an inexhaustible source of inspiration for American directors who find in the myth of the conquest of the West, over-exploited by Hollywood, an ever-living metaphor of contemporary America. This is still the case with the film Paul Greengrass signs for Netflix. If the British director slips with surprising ease into the codes of the most hackneyed genre of cinema from across the Atlantic, the subject of The mission is, it, could not be more topical.

The America of 1870 in which Captain Jefferson Kyle Kidd moved emerged more disunited than ever from the Civil War. The long confrontation with the Northerners, the embodiment of a hated federal state, succeeds a merciless war between settlers and Indians with its share of racism and massacres.

It is in this troubled context that this southern officer, former printer of his state, played by Tom Hanks, crisscrosses Texas to bring the news of the world to a predominantly illiterate population by reading newspapers. Along the way, his path crosses that of Johanna (Helena Zengel), an orphan, raised by the Indians after being kidnapped, and whom he undertakes to bring back to her uncle and aunt despite the multiple obstacles standing in their way.

The reference to The Prisoner of the Desert by John Ford is obvious and the production is a polished homage to the absolute master of the genre. The wide open spaces, the convoys of pioneers, the chiaroscuro of the saloons, the long quest strewn with pitfalls: everything brings us back with a certain efficiency to the classics of the genre.

Yet it is about America today that the film keeps telling us about. A battered and divided nation that Kidd’s character attempts to unite around the power of words and the power of his stories. The filmmaker finds Tom Hanks, his hero of Captain Phillips, impeccable sobriety and returned emotions, which forms with the young German actress, a particularly endearing duo.