(Sports news, martial arts news) During the match, the opponent was pressed, got many attacks, but the boxer was still awarded a knock-out.

Video boxers with “father as mandarin” win the controversy

Polishnews opened the article with the title: “The 13-year-old son of Adam Kadyrov who was defeated in the ring is still declared victorious”. This is a controversial competition at the Legend Time-6: Special Operation event that took place over the weekend in Russia.

Adam Kadyrov is being punched so badly, the referee “saved” is also awarded the victory

Boxer Adam Kadyrov is the son of the leader of the Republic of Chechnya Ramzan Kadyrov, attending the match with Aslan Bittirov (two boxers of the same 13 years old). In the first half things weren’t that much of a difference, but by the second half even the non-professionals knew that Bittirov was the overwhelming player, with many accurate shots on Kadyrov’s side.

The humorous story also starts from this point. When he realized that Kadyrov was drowning, he was about to be knocked out. The main referee went to stop the two opponents, then this man also acted in a counting pattern (1 to 10) with Bittirov, when the count was completed the referee immediately stopped the game.

The referee then made a decision that shocked everyone. He gave the knockout victory to Adam Kadyrov, although he won, but the “mandarin” boxer was not very happy. As expected of the outcome, Bittirov is not sad either.

A match where both winners and losers do not reveal too much emotion, the results are known before. Everything is only really noisy when the clip is posted on social networks. The audience criticized this match badly, they said that the performances like this deteriorate the inherent noble spirit of the sport. 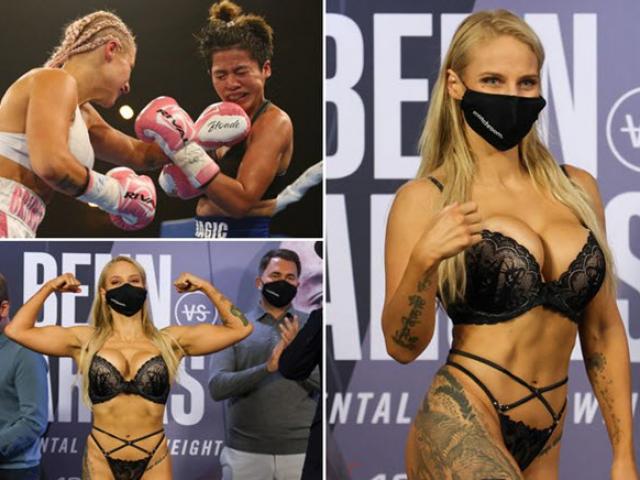