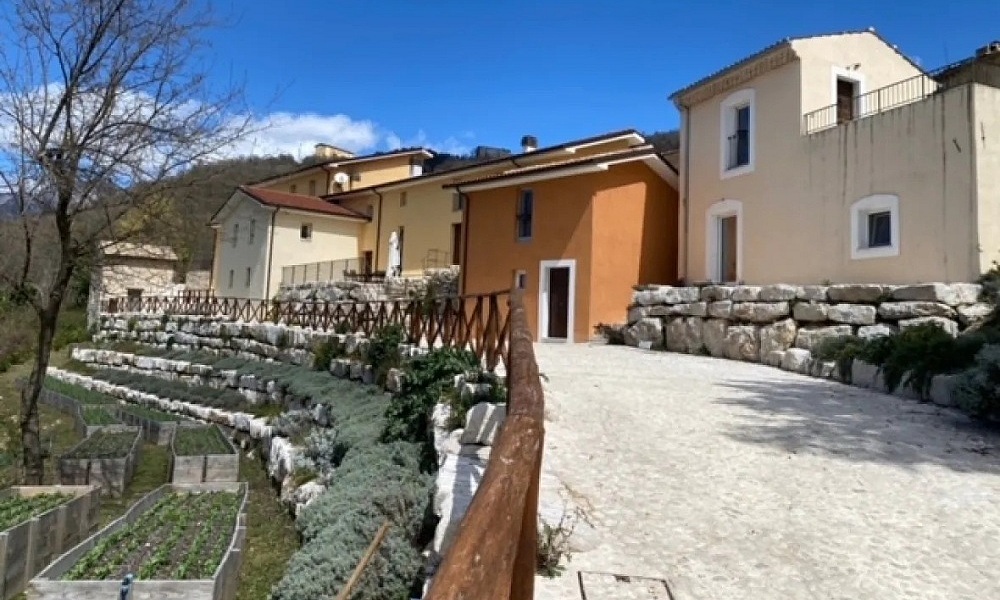 ItalyCesidio Di Ciacca spent years looking for the former owners of 140 houses in Borgo I Ciacca to negotiate the acquisition and renovate this 50-year-old abandoned village.

Cesidio Di Ciacca grew up in Scotland. He only knew his name and grandfather were the same and was of Italian descent. “I really wanted to know my background so I went to find out,” the man said.

Ten years ago, when the financial potential was big enough, he decided to buy all the properties in the 30-hectare Borgo I Ciacca village in Italy, which his grandparents called his hometown. He wants to turn it into a tourist destination for the Italian community abroad to find its roots.

“In the early 20th century, my grandparents Cesidio and Marietta went in search of a better future. They migrated to Scotland, leaving behind their home village, which had fallen into oblivion,” he said.

Borgo I Ciacca dates back to the 16th century and is named after the Ciacca family. It is a village with a beautiful location, halfway between Ciociaria, Rome and Naples. The first time Cesidio saw the village, it had been abandoned for more than 50 years.

The village is owned by 140 people in 11 different families, now scattered around the world. Italian law stipulates that inheritance is for all children, so it occurs in cases where someone owns only a corner of the house, a piece of grassland, a forest, a little agricultural land or just an umbrella tree. Liu.

By working in the real estate industry and as a lawyer, he solved this complicated matter. He tracked down the owners, negotiated privately and offered to buy at the local market price, although, according to Ciacca, it was all a pile of rubble.

Overgrown trees in many houses make it difficult for outsiders to access. In the neighboring towns, people forgot that such a village once existed.

Currently, he estimates the village is about 90% revived. “It’s bright, impressive and quite enjoyable. Everyone feels relaxed being there,” he said, sitting in the middle of a vineyard on one side and a forest on the other, which can cover everything.

Mr. Cesidio renovated the space and architecture in the village in accordance with Italian standards. It has a winery and vineyard, or a library that organizes cultural events.

Next, he will open an Italian cooking school. He also runs a hotel in the nearby town of Picinisco, since 2012. “The target customers are people like me, Italians abroad or their descendants who want to reconnect with their cultural roots”, he said.

When asked why, Cesidio Di Ciacca repeated his answer to many others. “My daughter asked the same question and it took me three days to come up with an answer. I said, ‘Sohia, now you have the finances, the qualifications, the connections and the experience. You have it all. I don’t want to find myself again in the next 20-30 years, when you ask me why I do it,” he said.