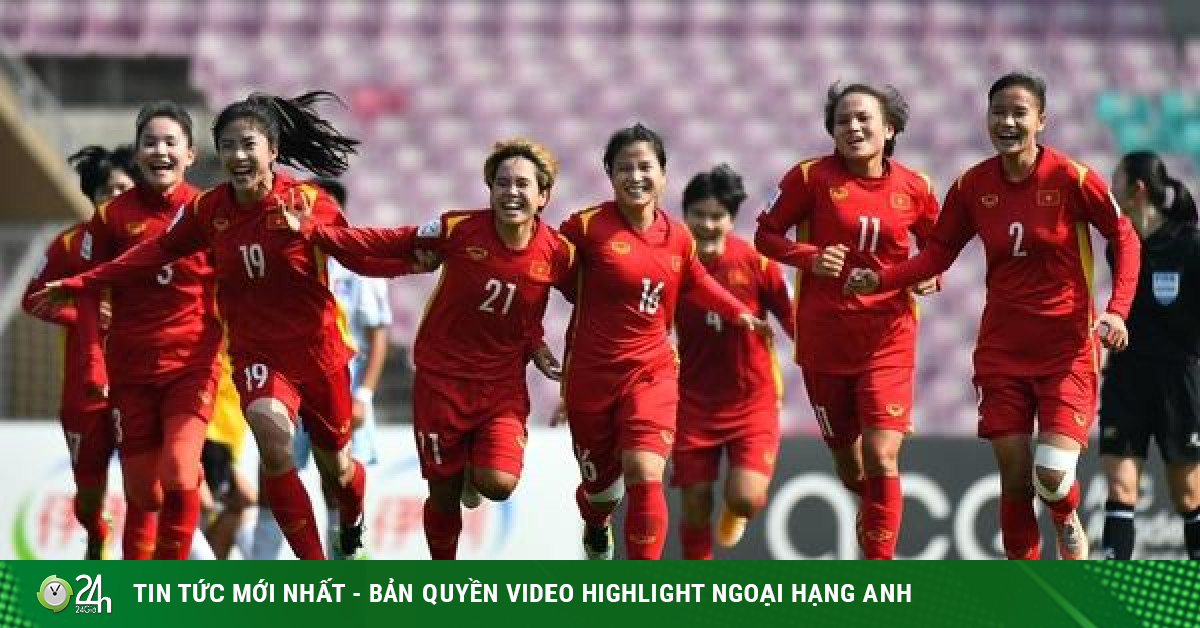 In the context of the International Olympic Committee (IOC) efforts to achieve gender equality in the Olympics, Vietnam has long achieved it. There are many objective and subjective reasons leading to a paradox of top sport in Vietnam, where women are really… men.

Gender equality has been one of the goals pursued by the IOC for many years, and they have been specified in the program of competition and the rules of the Olympic Games. In addition to the number of events between male and female athletes being adjusted to be equal, the IOC also allows each country with an Olympic athlete (athlete) to send one more athlete of the opposite sex to compete in the sport. there.

Vietnamese sports delegations have more or less benefited from this regulation. In 2016, thanks to Anh Vien participating in the Rio Olympics, Hoang Quy Phuoc was able to participate in such a category. At the Tokyo Olympics, Anh Vien became a “accompaniment” thanks to Nguyen Huy Hoang winning 2 Olympic A standards. But even without Anh Vien, the number of Vietnamese female athletes attending the Olympics is still higher than that of men.

At the Tokyo Olympics, Vietnam has 10 female athletes competing, while the number of male athletes is only 8. The dominance of women over men also occurs at the Rio Olympics (13 women, 10 men) and London (12 women, 6 men). The 2008 Beijing Olympics is the last Olympics that the Vietnamese sports delegation has more male athletes (7) than women (6), but that is something few people pay attention to.

In the Olympic arena, the first person to win a medal for the Vietnamese sports delegation was also a female athlete. In the continental and regional arenas, women always outperform their male counterparts in terms of achievements. That is clearly shown in the last 2 ASIAD and SEA Games, where Vietnamese sports have achieved great success.

At the ASIAD 2018 held in Indonesia, Vietnamese female athletes won 3/5 gold medals (HCVs), and those are all Olympic sports (athletics and rowing). And at the recently concluded 31st SEA Games, excluding mixed events, female athletes also brought home approximately 100 gold medals, equal to their male counterparts. In many subjects such as Boxing, Rowing… all gold medals won by the Vietnamese delegation came from women’s events. 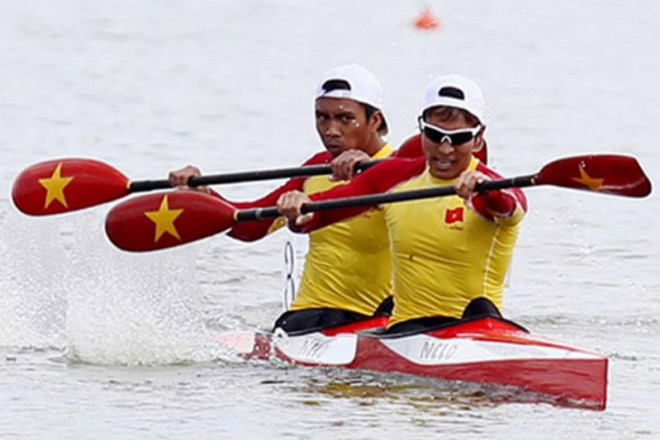 The Rowing Vietnam team once struggled when two male athletes fled while training in Australia.

There is a coach (coach) who once compared in the top sports world in Vietnam, it is women who are really “the men” when they have won more impressive achievements. Behind that statement is a long story. In addition to the advantages of body shape, strength … to compete in the top environment, there are many reasons that help female athletes continue to strive to reach further.

One step ahead, remove prejudice

Vietnamese football often transmits orally the old saying: “When will male players be equal to sisters”. In the context that the men’s team is still far away from the dream of the World Cup, the women’s team has done this with a ticket to the final round of the 2023 World Cup. The success of Vietnamese women’s football comes from many reasons. , one of which is developed earlier than other countries.

In the mid-90s, in the context of society still prejudiced against girls playing football, the Vietnam Football Federation (VFF) was serious with the goal of developing women’s football. Success came very quickly when at the 21st SEA Games (2001), the Vietnamese women’s team won the first gold medal. That set the stage for the next 7 gold medals, with 1 Southeast Asian championship title and a ticket to the World Cup.

Besides “going ahead”, another reason for Vietnamese sports to have many talented female athletes comes from the gradual eradication of gender stereotypes in society. Girls can also kick the ball like men, not afraid of collision. The same goes for many other sports, especially martial arts. Many female boxers want to be the second Tran Hieu Ngan.

At the 31st SEA Games, Vietnamese women’s boxing brought home 3 gold medals, prompting an Asian Boxing Federation official to exclaim: “I didn’t expect Vietnamese Boxing to have so many excellent athletes”. This official gave the compliment after witnessing 2 athletes Vuong Thi Vy and Tran Thi Linh, respectively, beat Olympic medalists of Thailand and the Philippines to reach the final. Female athletes like Vuong Thi Vy can both compete and take care of their families.

For Vuong Thi Vy, this is the gold medal she won right in her hometown of Bac Ninh. Previously, female athletes often retired after getting married and had children, but Vy did not. Vy and many other female boxers like Tran Thi Linh, Tran Thi Oanh Nhi … can both compete and fulfill the duties of a mother and wife in the family.

In athletics, Nguyen Thi Huyen is still ice skating on the 400m track at the age of 30. She once stopped competing after giving birth, but eventually returned to the track. The image of Nguyen Thi Huyen on the track makes many people think of Shelly-Ann Fraser-Pryce, a Jamaican sprinter who still sets a new world record despite being married and giving birth at the age of 35.

The invisible pressure of male athletes 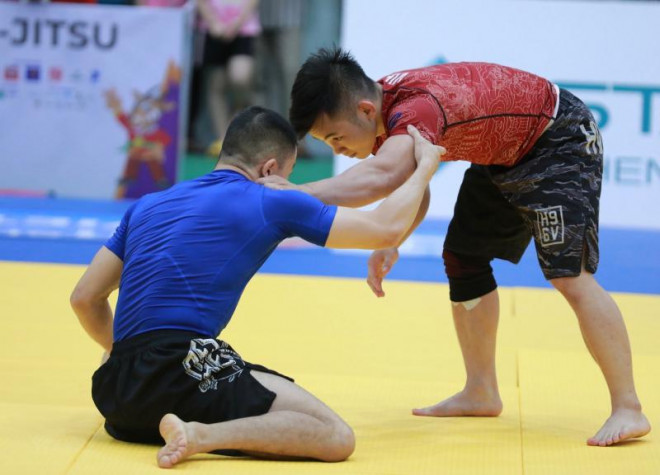 The Vietnam Jujitsu team was awarded cash immediately after winning the medal at the 31st SEA Games.

Many athletes humbly say that they won the national championship at the present time because the opponent who used to compare their achievements when they were young had retired early and chose another job. Most of those who give up midway are men.

The pressure to make a living is the main reason why many athletes retire early. A young athlete gave a very simple calculation, if he continues to be an athlete, he will only receive a salary of 3-4 million/month from the locality, much lower if he goes to work alone (8-10 million). Most of the athletes have not very well-off families, so they are forced to choose the path of livelihood to support their families, instead of continuing to pursue their passions. Perhaps only when income is guaranteed, they can wholeheartedly compete and dedicate. Otherwise, there will be many stories of athletes who retired at the age of 18, or record-holders who fled to work illegally in foreign countries. 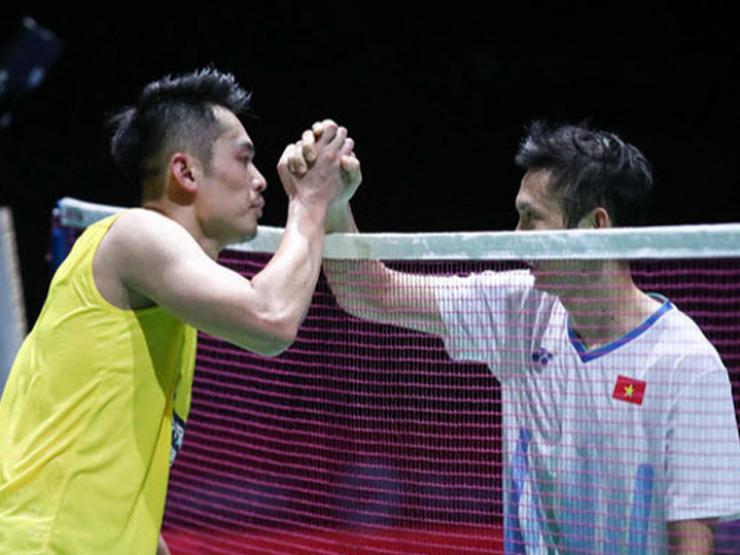 (Sports news, badminton news) It will be a long time before the world badminton village finds a persistent tennis player like Nguyen Tien Minh.