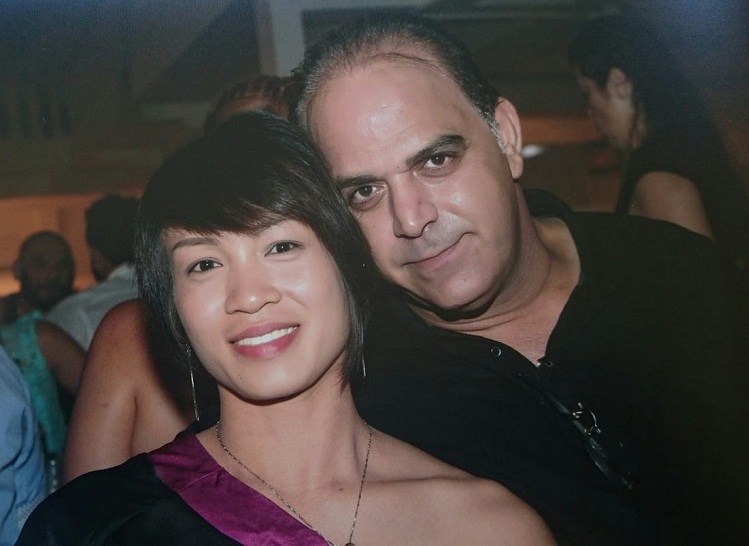 CyprusIn the midst of being rejected by her parents, the company on the verge of bankruptcy, the broken marriage, Mai’s love is like a buoy to help Marios get up.

4:30 am, on the island nation of Cyprus (Cyprus), in the eastern Mediterranean, Marios Papadopoulos, 52 years old and his wife got up, preparing to go to work. “Hurry, a dozen jobs are waiting for us to solve,” he urged his Vietnamese wife, but his face was filled with excitement.

“If you met me in the period before you fell in love with her, a lot of people wouldn’t recognize the present me,” the man said, his voice low as the past flooded in.

In 2012, Marios divorced his second wife after a few months of marriage. Disagreement in the direction of business and unpopular with her parents in the marriage story, Marios was rejected. He lives in a rental apartment in Limassol, reeling around trying to save his family’s farm product buying company on the verge of bankruptcy. Every month, though he tries but the profit is only enough, this man pays rent and support for his son, even some months are not enough. The car to work, he must also sell.

“There are days when I have nothing to eat. In winter, when I use hot water, I also have to carefully calculate,” Marios said. The sadness and joy in life, he often shares with Lai Thi Mai, an employee who has been working at his family company for five years – who he still considers like friends.

“I love so sometimes I cook for him, give him a loan to share the burden. Before, when I was an employee and a housekeeper for your family, I was treated very well”, a woman from Yen Dung, Bac Giang, 33 years old, recalls.

At the age of 20, she left her 18-month-old daughter in her hometown, bringing clothes, an English-Greek dictionary and a picture of her son here to help. In the 2000s, the demand for Vietnamese women to go to this island nation to make a living was as strong as going to Taiwan and South Korea.

When Marios was most depressed, Mai also returned to Cyprus after more than a year to return home to process for divorce. Being together while their hearts are weakest, through conversations they find harmony. “I didn’t think much at the time, I just knew I needed her,” Marios said, confessing her reasoning between empty-handed.

Mai did not hesitate either. “I have nothing to ask for. Just he is good and loving”, the Vietnamese girl said. Because of being close, the story of him getting married and then broken, she heard many confessions. The pressure from the public, the pain of making her parents upset when the divorce, Mai also told him all. “Starting as two friends, we understood each other so well, we knew each other’s pain to soothe,” she said.

But Mai’s parents and Marios’s family don’t think so. Ms. Nguyen Thi Tuong is afraid that Marios “peach blossom” will make her daughter suffer again. The house was anchored again, she just wanted her to return home. “In my life, please let me do my self once. One day, I will see your choice is right,” said the daughter, who just went through a marriage through matchmaking at the age of 18.

Their small wedding was only friends and relatives to attend. Seeing the sad expression on his wife’s eyes, Marios encouraged: “I promise to make up for you. Let’s try to prove our love serious.”

After her marriage, working at a company with a salary of 1,200 euros, Mai returned to his family’s company, receiving 800 euros. In order for Marios to focus on the company and still have living expenses, in the evening, Mai went to work as a maid by the hour, and went to hire clothes. On Saturdays until Sunday morning, she stays up white to serve the wedding at the restaurant.

“Her earnings go to a joint account. Spending for herself goes up and down,” Marios said.

The day she works at the company, at night she works part-time, but Ms. Mai still takes advantage of learning English, learning how to use computers and Excel software to work as an accountant and secretary. In the midst of the company’s difficulties, she knew that reducing staff would reduce the burden on her husband’s family.

Returning to his company means that every day, Mai has to meet her parents-in-law, who do not like her. “I greeted every day, but the grandparents did not respond. Knowing they were not open to them, I tried to warmly hope that one day will be understood.”

Having Mai, Marios is even more reassured because she also knows how to treat his own son. “Many days I urged me to invite my children to come home to play and eat,” said Marios. That is why the relationship between his father and son is always good.

However, all efforts of the couple could not save the company. More than a year after they got marriedThe Marios family’s 17-year-old company was forced to transfer. They accept to sell 80% of the shares. Marios and his wife keep 20%, which is assigned by the owner.

“He was devastated for more than a week. I encouraged him now that property is no longer mine, but only my husband and his wife decide, not ‘many noses’ like when they were parents, younger brother,” Mai said. .

Marios began to define a new business strategy for the business. Instead of letting customers owe at least three months of goods, they sign a month-end contract to pay off. Thanks to that, capital returned quickly. Worker management is also more organized.

Delivery staff each month additional bonuses, receive 14 months salary. “My wife and I discussed each other to focus on quality, then price. The plan was approved by the chairman before implementation,” said Ms. Mai.

After only a few months in operation, the company started to profit from negative growth again. Mai’s salary from 800 euros now to 1,500 euros. She and her husband also make a monthly profit thanks to their 20% stake. Marios bought a car to go to work. Mai no longer has to work part-time. They are also about to move into a house that is gradually completed.

Marios’s parents saw their efforts to trust them. The new house is not only the result of five years of efforts of the Vietnamese-Cypriot couple, but also added by Marios’s parents. Ms. Tuong saw her happy daughter so she did not refuse to listen to her phone anymore. “They planned this year, but because of Covid-19 they have not returned,” she said.

Ms. Dao Thuy Van, a Vietnamese living in Cyprus, said that Mai is quiet, but hard-working and intelligent. “She, like a lot of Vietnamese women, chooses to work as a maid in Cyprus, but has made great efforts to integrate, find love and have a good life in this island nation,” said Thuy Van.

Just as Ms. Thuy Van said, Mai also claimed to share little private life stories. But Marios encouraged his wife to open up. “When Mai divorced and came to me, many people back home thought she was for money. But they didn’t know, Mai saved my life in the middle of nothing. Until now, I still say sometimes. to her like that, to remind her to cherish her, “said the man with a beard like Santa Claus.