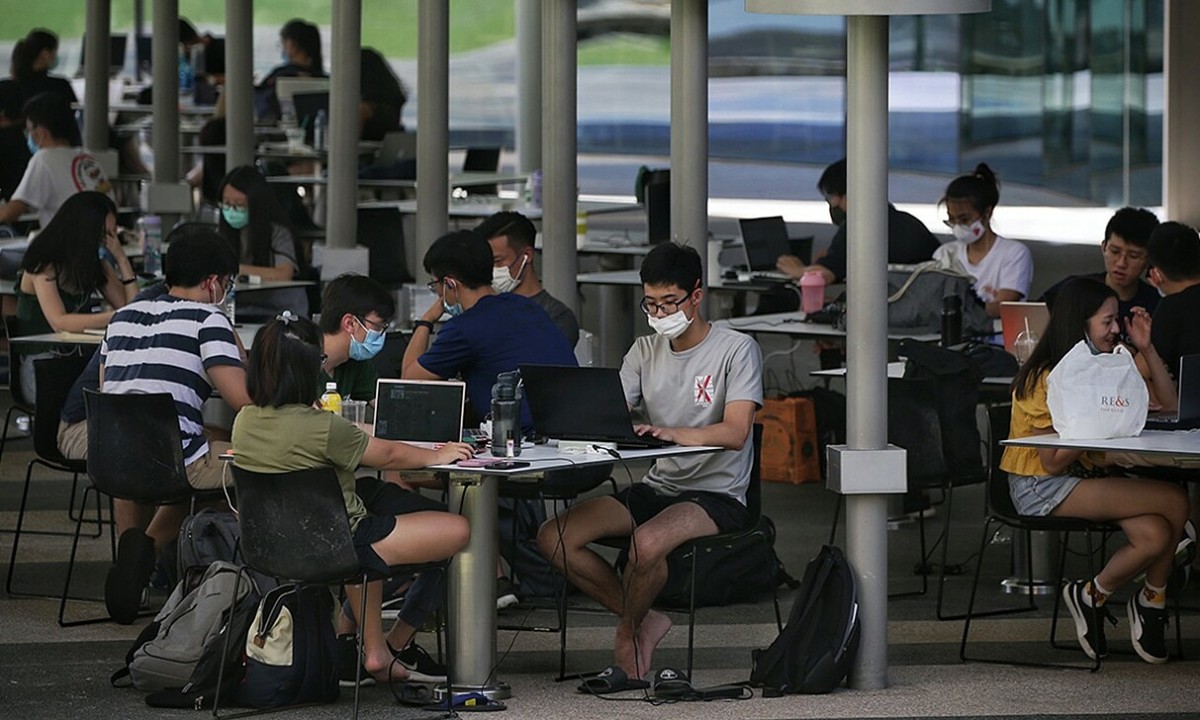 Job opportunities decline, private plans are hindered, young Asians are at risk of becoming a “lost generation” as a result of the pandemic.

Two years ago, the seamstress Vikas Kumar, 25, in the state of Bihar, eastern India, has developed ambitious plans. After seven years working for a textile company in Mumbai with a salary of 25,000 rupees (about 8 million dong), he plans to go home and open a small garment shop to run his own business. He also wants to convert the house built of earth and straw – where his parents, wife and two children live – into a house built with tiled roof.

But the Covid-19 pandemic shattered everything.

In May 2020, when the Indian government ordered a blockade, he was unable to work and was forced to go home. To cover the difficult period, he spent all the 100,000 rupees (about 30 million dong) accumulated, so he had no money left for the house repair plan.

Due to the lack of job recovery for the company, Kumar has not yet returned to Mumbai. Kumar is currently in a dilemma as his family has no land to do farming. “So I wasted the past year,” Kumar said and said it would postpone its business plan until 2022.

Kumar’s start-up story is one of several examples of how Asian youth’s individual planning and financial security have been affected by the pandemic. The longer the pandemic, the more negative it affects young people. Experts say that if countries do not have any intervention, it is likely that today’s young Asians will become a “lost generation”.

According to the World Labor Organization (ILO), the unemployment rate aged 15-24 in Hong Kong, Japan, Korea, Malaysia, Thailand and Vietnam in the first quarter of 2020 increased compared to quarter II / 2019.

According to the plan, Japanese student Toma Tajima, 21 years old, will graduate from Kanda International Research University in Tokyo in March next year and he is continuously denied opportunities so he cannot find a job. first in his career.

“I felt so depressed, that I almost gave up trying to find a job this year,” Tajima said. He looks for jobs in international trade, logistics or real estate, but these are the industries most affected by the Covid-19 epidemic.

After being rejected by 30 companies, Tajima turned to jobs in high-growth industries such as information technology and manufacturing. Eventually, he got a job in business in a machinery manufacturing company.

Although this is not the job he wants, he said: “I feel extremely happy and will try to accumulate experience to build the career path I want,” he said.

Across Asia, there are many young people in a situation like Tajima: the job opportunities of an entire generation in Asia have been hit hard by the pandemic.

Buying a home is difficult

For Charlotte Wang, the 27-year-old content creator, and her boyfriend, the lengthy lengths of completing the apartment project meant both living with their parents or renting a house. Neither of these options makes them comfortable.

Meanwhile, Wang quit her job at a marketing company and was about to take a break for two months but the pandemic left her unemployed and unable to find a new job. Her boyfriend as a financial consultant also suffered a decrease in income. The couple are changing their plans to buy a home on installments and plan to buy back a completed apartment next year.

According to experts, young people will not change the path of buying a home on installments – getting married because this is the “movement” in Singapore. Instead, they will adjust themselves to the situation by renting or delaying the marriage.

In contrast to the difficult situation of buying a condominium on installments like in Singapore, some young Asians face the opportunity to own a home. For example in Hong Kong.

Matthew Lai, 28, is taking advantage of the opportunity to lower home prices and interest rates to make the dream of home ownership in Hong Kong, one of the places with the highest home prices in the world, a reality.

Owning a house instead of renting is the goal of many people in Hong Kong and Lai, along with his 27-year-old girlfriend, are stable jobs so they don’t have to worry too much about affordability. a 46 m2 apartment with 2 bedrooms.

“Because I have a plan, I also have some investments, so I do not feel very worried right now,” Lai shared. He also said that due to low interest rates, the cost of buying a house will also decrease.

According to a survey, about 30% of respondents said that they may postpone marriage or postpone having children due to the impact of the epidemic on the economy. In addition, the pandemic also caused some young people to rearrange their lives.

Zoey, 19 years old, decided to save to have money to live on.

To her, life with her parents and younger brother is “an ineffective environment to live and study”. So the sophomore from Polytechnic decided to take action and so far she has accumulated “several tens of thousands of dollars (Singapore)” to rent a house by herself.

“I planned to live in private since I was 13 but I couldn’t do it so I postponed it. But now that I’m grown up, I can work part-time and save money to do it. this goal, “shared Zoey.

She also said that in order to rent her own house, she would have to save for a year or two and she would be able to “live uncomfortably, for example, living in a dormitory”. But she does not mind that.

However, not many young Singaporeans have plans like Zoey’s. According to a real estate expert, many young people in this country are quite pragmatic and will not live in private without the financial capacity to rent a house for a long time.

Zoey also said that although many of you admire her “private” plan, most of them will not follow.

“A lot of my friends feel comfortable living with their parents, so when I told them about my plans to live alone, they were shocked. Whether living with my parents or living separately, I had to deal with it. face with many difficulties, so I decided to live alone and face the difficulties of life on my own, “said Zoey.