(Sports news, martial arts news) After Martin Nguyen lost to Thanh Le, his teammate Aung La N Sang also failed to hold the MMA World Championship title after being knocked out in the first half against Reinier de. Ridder.

Ridder’s video of the killer strangulation blow before Aung La:

Besides the match between Martin Nguyen and Thanh Le, the ONE: Inside The Matrix martial arts event in Singapore on the evening of October 30 also witnessed many other exciting matches. In which, Reinier De Ridder’s world-class MMA title challenge against Aung La N Sang was the focus battle.

Burmese-American puncher Aung La is one of the “kings” of the ONE Championship arena while owning two championship belts at the same time in medium and heavyweight. He was a teammate of Martin Nguyen when they were both practicing at the Sanford MMA, one of the best synthetic martial arts schools in the world.

Meanwhile, Reinier de Ridder is not mediocre. Ideal bodybuilding, comprehensive skills, especially a master tightening with a black belt Nhu Thuat, a Dutch fighter who dominates the professional MMA floor with a series of 11 wins.

Tired of media, but the fight of these two boxers ended after a few minutes. After several “lures”, Ridder rushed into Aung La lightning fast and knocked the champion to the floor. The Dutch boxer performed all the upper lock-blocking skills to neutralize all the defenses of Aung La before releasing a dangerous strangle to knock out the opponent in the first half. Losing the world championship title in a flash to Ridder seemed to have shocked Aung La. The martial artist, nicknamed “Burmese serpent,” stood dazedly on the ring for a long time. Obviously this was a memorable event night for Aung La as well as teammate Martin Nguyen when the previous featherweight champion lost his belt to Thành Lê.

Some notable images in the match between Ridder and Aung La: Ridder is a master locker with black belt Jutsu After a few “lures”, Ridder lunged at Aung La and dropped his opponent to the floor 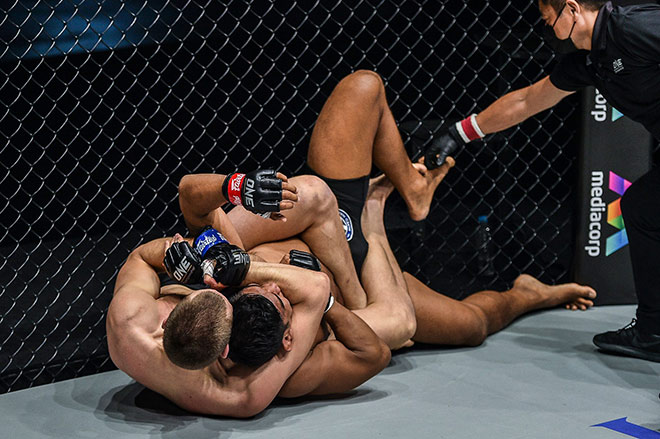 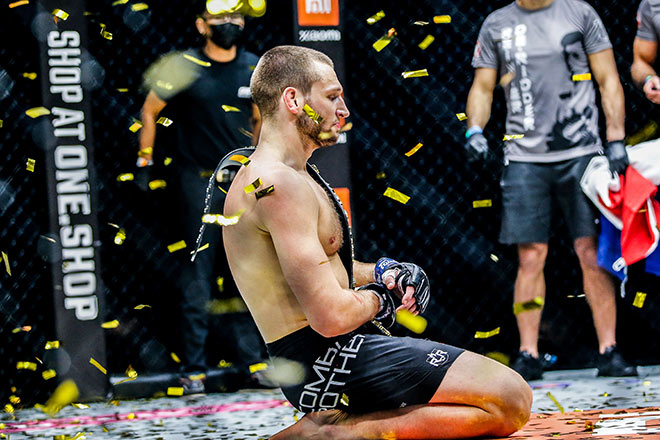 The Dutch boxer raised his winning streak to 12 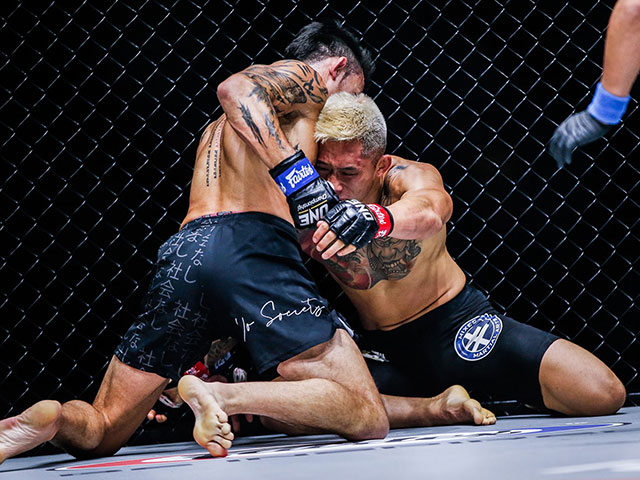