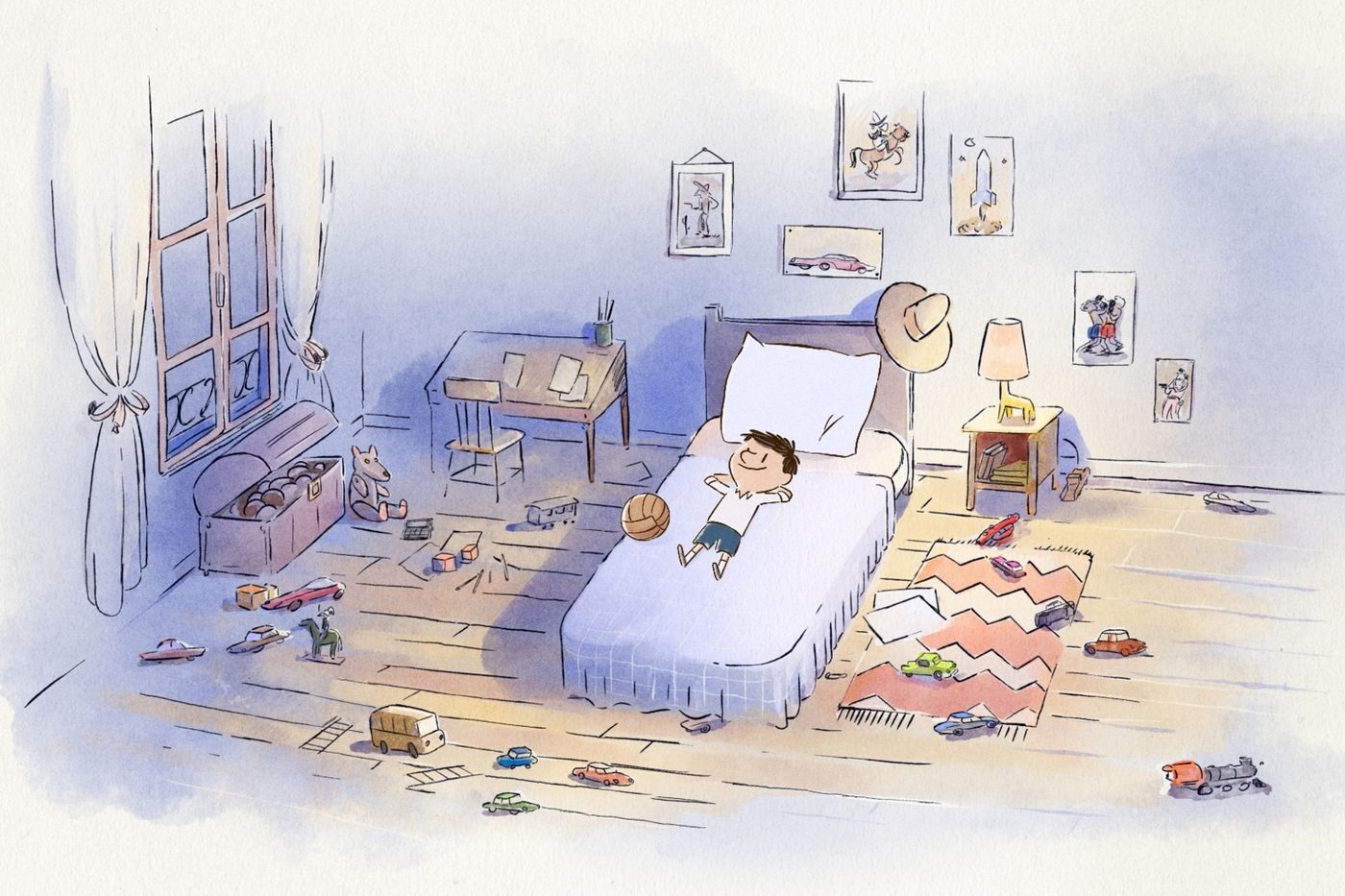 The little Nicolas. What are we waiting for to be happy? ***

by Amandine Fredon and Benjamin Massoubre

In the beginning was the line. And not just any. That, light and fine, of Jean-Jacques Sempé, who left us two months ago today. His pencil flies on the white sheet, while the hammers of René Goscinny’s typewriter spin, and the paper planes hover in the classroom of Petit Nicolas. The stage is set. It is a three-way dialogue offered by this unique adaptation of the timeless adventures of the young schoolboy. Or the story of the meeting, in Paris in 1955, between the draftsman and the screenwriter who created The little Nicolas from their childhood memories.

Between documentary and fiction, this animated film, which received the prize for best feature film at the Annecy Festival, of course takes up the tender and funny chronicle of the daily life of the boy in short pants, between marble games (on which slips the supervisor Le Bouillon) and punches (on the glasses of poor Agnan, the darling head to slaps). At the end of these sketches, the brevity and simplicity of which marry those of the original short stories, the character escapes on the shoulder of one of his two “dads”, in the midst of the creative process.

Even if they lack a bit of naturalness, their exchanges allow us to learn a lot about the two artists, starting with their youth. While making childhood rhyme with carelessness in The little NicolasSempé and Goscinny also slip in spicy reflections on the small cowardice and the great vanities of young and old alike.

And for good reason. The young years of the two artists were not always cloudless, far from it. Between the “torgnoles” received by Sempé and the sudden death of Goscinny’s father, when he was only 17, then that of part of his family in Auschwitz, childhood traumas are numerous to be exorcised in their common creation.

The sequence between the stories of the Little Nicholas and behind the scenes of their creation is sometimes as acrobatic as a football match between Nicolas and his comrades… But the superb work on the animation makes us forget these script crutches. As if we were witnessing their coloring live, the plans are painted in watercolor to the rhythm of the movements of the camera.

With incredible fidelity to Sempé’s line, yet perilous to animate as it is so delicate, the characters come to life before our amazed eyes, gaining or losing their colors depending on whether they enter or leave the frame, surrounded by a white margin. A beautiful tribute to that of the sheet of paper from which sprang The little Nicolas one fine day in 1955.