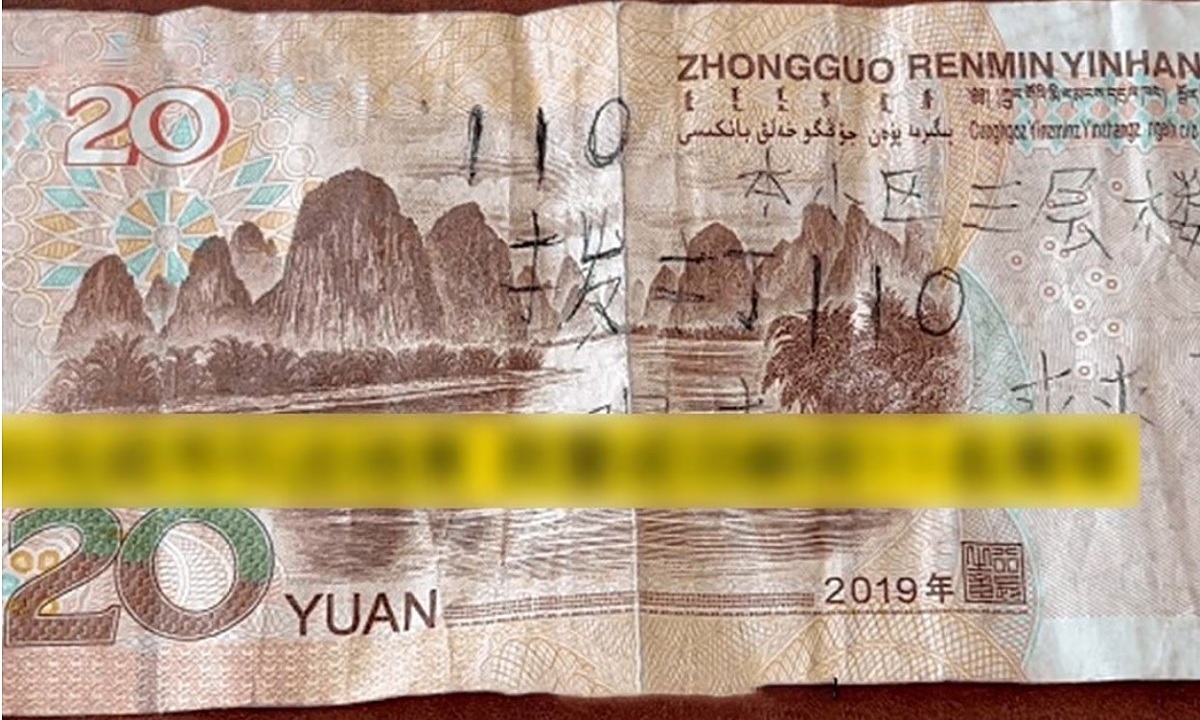 ChinaReading a message that 11 people were being illegally detained, the 10-year-old girl from Inner Mongolia gave it to her parents to report to the police.

Early last week, in Baotou city of Inner Mongolia Autonomous Region, northern China, a multi-level organization illegally detained a group of 11 people in a building. One of the group took advantage of the time when the guard was caught off guard, wrote a plea for help on a 20-currency bill, and threw it out the window.

In it, this person said they were being held by armed men on the third floor of a building in the city. The group is kidnapped and forced to work for a multi-level business organization.

The girl quickly picked up the bill, discovered the words, so she told her parents. After identifying the building, the police came to rescue 11 people. The victims came from many places and were lured to Baotou to work with attractive offers.

Arriving, they were kept in the building, forced to call more relatives to participate in the model. Some of them have been detained for more than six months.

The incident caused a stir on Chinese social media. Many people call her a hero. “This heroic kid deserves extra bonus points in his college entrance exam,” one person wrote. “She’s so smart. She and her family didn’t hesitate to help these people,” praised another.

One person suggested, authorities should protect the child and family to avoid retaliation by the criminal organization.

Fraudulent pyramid schemes are quite common in China and often force victims to work like slaves.

In 2019, the police of Anhui province, southeastern China, shut down a multi-level network of three million scammers claiming to be selling a “NASA certified” beverage that they claimed was ” “living energy water” comes from the ancient oceans but is actually just groundwater.