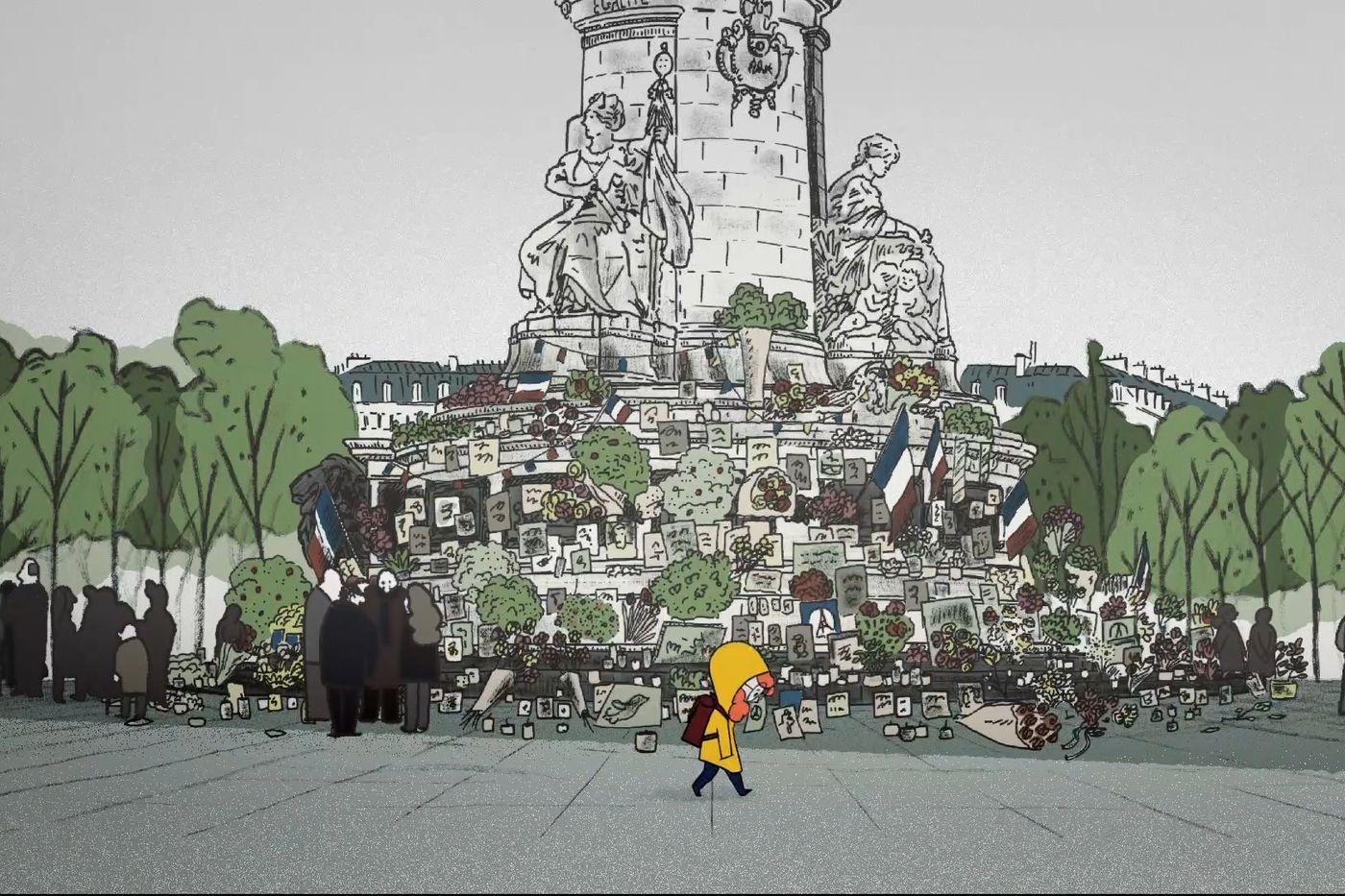 It is only a coincidence, but it is disturbing. As the trial of the attacks of November 13, 2015 begins on Wednesday, September 8, is released in theaters The good life, a short film that subtly tackles the delicate issue of the mourning of a little girl, 8-year-old Violette, whose parents died during that terrible night. Initially scheduled in February, the program of which it is part has been constantly postponed due to the health crisis.

Aimed at a family audience, this film does not brutally represent the attacks. But it begins all the same in a cemetery before taking the narrative path of a modern allegory. An orphan, an ogre and a castle: the traditional setting of the tale is set. Violette is in fact taken in, despite herself, by the “Big ugly that stinks”, Régis, a gruff uncle, who works as a maintenance agent at the Palace of Versailles. At school, her classmates bombard her with questions, and the adults look at her with pity …

Determined not to let it go, the little girl wants to go home. But the colossal Régis is not as insensitive as it seems. And life in the castle turns out to be sweeter than expected.

Despite its straight lines and its hedges cut with a line, the monument and its garden prove to be a formidable playground to soften the rugged trajectory of a bruised childhood. This is the strength of this simple story on the work of mourning, magnified by a graceful line, both realistic and naive, a refined and lively animation, attentive to emotions, and a brilliant vocal interpretation (Anne Alvaro and Frédéric Pierrot on your mind).

In the manner of My Zucchini Life, by Claude Barras (2016), a touching story of friendship between orphans who invent a new family in their foster home, The good life gradually lights up with a soft and tender glow.

The jury of the Annecy Animated Film Festival was not mistaken, which awarded it the jury prize for television films in 2019. The success having been at the rendezvous during its broadcast, a mini -series has been launched, which will see Violette grow up in the shadow of the Palace of Versailles.