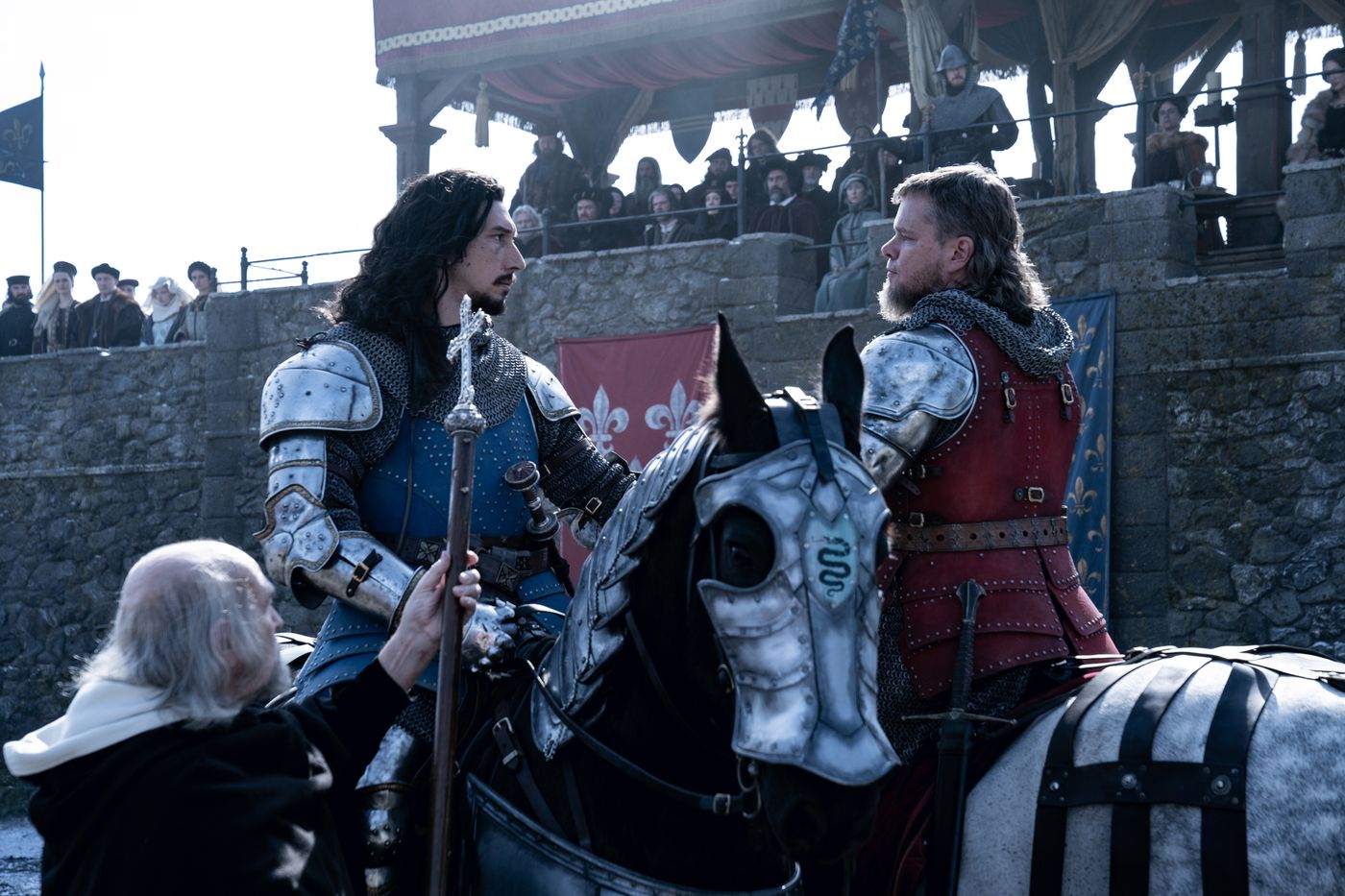 Ridley Scott loves manly clashes. 44 years after his first feature film, The Duelists, quarrel between two hussars of the Grand Napoleonic Army, The Last Duel opposes two squires of the XIVe century. Companions in arms of the battles of the Hundred Years’ War, Jean de Carrouges (Matt Damon) and Jacques Le Gris (Adam Driver) share the same Norman origins and the same aggressiveness in combat. But the former is as impulsive and silent as the latter is thoughtful and eloquent.

Contrary temperaments which give rise to deep antagonisms between the two men, the attractive Jacques Le Gris becoming the protégé (and partner in fine parts) of Count Pierre d’Alençon (Ben Affleck) who hardly tastes the rough Jean de Carrouges. Bitterness turns to hatred when Jean learns that his wife Marguerite (Jodie Comer) has been raped, in his absence, by his former friend.

Determined to wash away his wife’s honor, and in the process assuage his resentment, the squire turned knight calls on the king and divine justice to settle the case. A judicial duel is therefore organized at the end of the year 1386, the winner being “appointed by God” as in his right. If her husband fails, Marguerite will be burned alive in a public place …

Narrative structure of a Kurosawa classic

Adapted from a book by Eric Jager, himself inspired by a true story (the Carrouge-Legris affair being the last legal duel in history), the screenplay reproduces the narrative structure of Akira Kurosawa’s classic, Rashomon, each of the characters successively delivering his version of the facts. Divided into three chapters giving the point of view of the three protagonists, Jean, Jacques and Marguerite, the film offers the spectators a perception each time refined and precise of the story. Even if it means stuttering …

The rape scene, as trying as the battles of the Hundred Years War, is thus shown twice without perceiving the nuances that screenwriters Nicole Holofcener, Ben Affleck and Matt Damon have brought.

But Rashomon “Me Too” version is singularly lacking in subtlety, Ridley Scott highlighting his effects in directing and directing actors. Decked out in ridiculous goatees, Matt Damon like Ben Affleck (overwhelmed, moreover, with a hair of Venetian blond) are not at their best. Only Jodie Commer, both dignified and troubled wife, and Adam Driver, impeccable in his now usual role of black prince shine in this candlelit reconstruction.

However, we must recognize in Ridley Scott an undeniable know-how in very physical melee, like those who had made the success of his Gladiator (2000). A show of force coupled with a denunciation of the brutality of men, to which the British filmmaker engages with a little too big clogs.