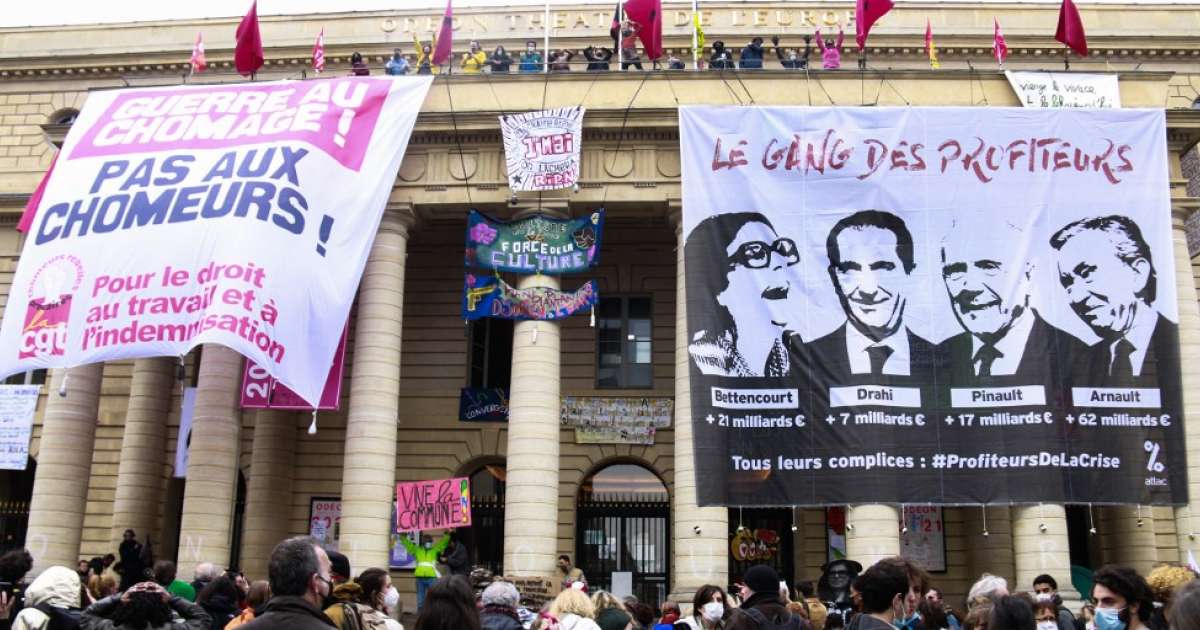 The intermittents of the spectacle left of themselves the Odeon, famous theater in Paris which they occupied since March 4, the starting point of a national movement, noted AFP this Sunday May 23 in the morning.

They evacuated the premises around 6:00 am, removing all the protest banners on the pediment and leaving only this one, ” See you soon… “.

“Staying at the Odeon has become a problem of confrontation with the management, that does not interest us”, Denis Gravouil, secretary general of the CGT Spectacle, told AFP. And to clarify that the idea now is to “Continue elsewhere, to continue fighting as long as possible”.

The movement to occupy theaters, which started from the Odeon, had spread to around a hundred theaters across France.

The movement to occupy theaters hardens

Supported by the CGT, intermittent entertainment and precarious workers were on the scene, at the Odeon, 24 hours a day, to demand a second blank year because of the health crisis and the withdrawal of the unemployment insurance reform which comes into effect in July.

This occupation movement had prevented, according to the management, the reopening of this theater to the public as planned from May 19 with the performances of “The Glass Menagerie”, a masterpiece by Tennessee Williams, directed by Ivo van Hove, with Isabelle Huppert headlining.

“The director’s decision not to give the performances of ‘La Ménagerie de verre’ since Wednesday, May 19, is not tenable for us, because we want this show to take place”, commented Denis Gravouil. “We wanted it to take place with an occupation that allows us to speak, that allows us to display banners but we don’t want to prevent the show. So we will allow the shows to resume ”, continued the union official.

Denis Gravouil is also skeptical about the cultural reopening in stages since May 19: “It’s a lure, there are a third, a quarter, a tenth of the people who work (…) certain festivals are canceled or are in half-gauge; private theaters postponed. So, already, the reopening is not enough, it is partial. “

The occupation condemned by Roselyne Bachelot

This movement to occupy theaters was condemned by the Minister of Culture Roselyne Bachelot – already in mid-March. The politician tweeted on Thursday: “The time has come to end the blockages, to allow the public to return safely to the theaters, to let artists and technicians work. “

Specific to France, the intermittent regime concerns 120,000 artists and technicians compensated each year with the condition of having worked 507 hours over 12 months.

Emmanuel Macron granted them a blank year which expires in August and which was recently extended by four months.