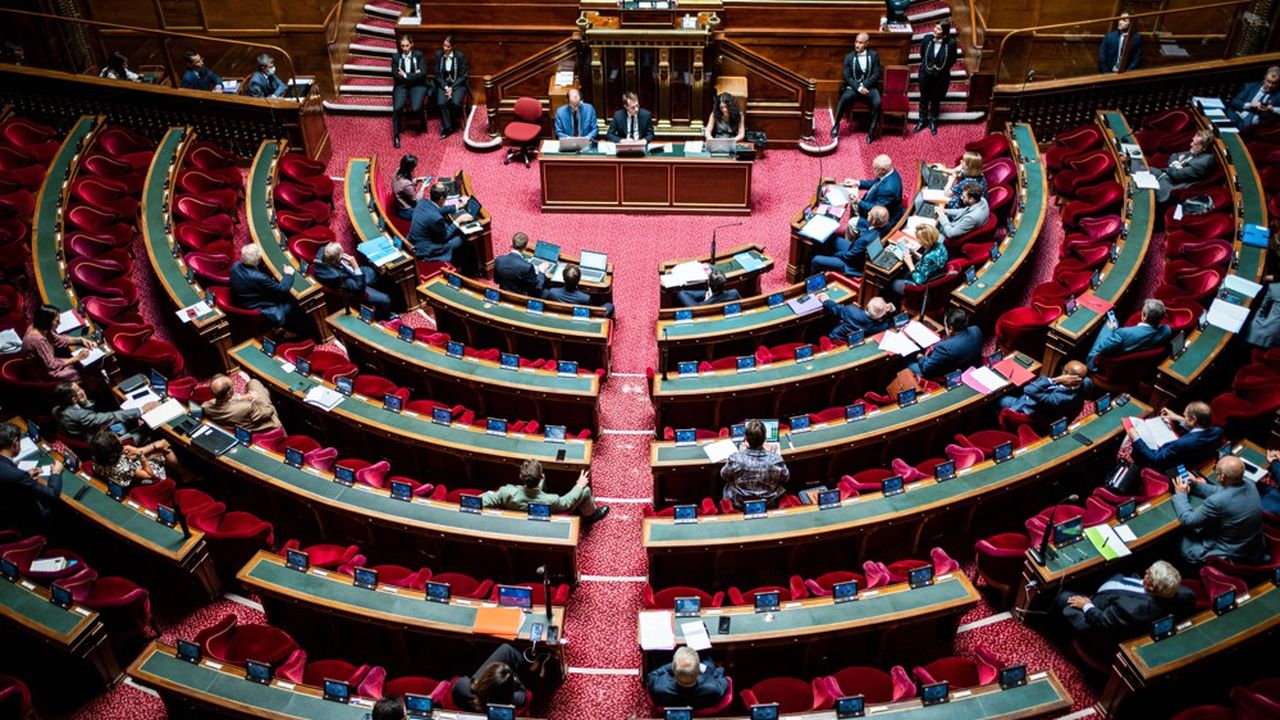 After the RSA which they had tried to reduce the revaluation in the bill of emergency measures on purchasing power, the unraveling of exceptional food aid. Republican elected officials have again caused a great controversy, this time during the discussion of the amending finance bill (PLFR) that the Senate adopted on the night of Tuesday to Wednesday.

The initial government bill provided that low-income families receive an amount of 100 euros per adult and 50 euros per child in addition to the back-to-school allowance which will be paid on August 16 for those attending school. In total, 8 million households bringing together 15 million French people were to be affected by the system, which included beneficiaries of the housing allowance, those on social minima and scholarship students. The budgetary cost appearing in the PLFR (its content comes under a decree) was estimated at just under 1 billion euros.

The Senate adopted an amendment by the general rapporteur for the budget, Jean-François Husson, which replaces it with a fixed bonus of 150 euros targeted only at the beneficiaries of the activity bonus and those of the disabled adult allowance. It is necessary “to ensure that the French who have a job, poor or modest workers, find at the time of the start of the school year exceptional support of 150 euros per household”, those who “often miss out” on aid. All for 200 million euros less.

The Minister Delegate for Public Accounts, Gabriel Attal, gave an unfavorable opinion on this transformation which “would amount to withdrawing the benefit of aid from 4 million poor households”. But the amendment was adopted by the senators of the LR and centrist groups, with the exception of a handful of them, such as Elisabeth Doineau (Centrist Union), who said she was “hostile” to a measure which “ excludes single women with children in particular.

The measure was lambasted by the senatorial left. “You take advantage of the night to allow you to hit the poorest once again”, accused the ecologist Thomas Dossus, the socialist Rémi Féraud denouncing a “very ideological amendment”.

#DirectSenat The right has just deprived the beneficiaries of social minima of the exceptional back-to-school bonus, to redirect it towards the activity bonus. Savings of €200 million along the way

Oppose the most precarious to the working poor, hard to find more miserable

The measure was to be fiercely discussed during the joint joint committee on the amending finance bill on Wednesday evening. With on the one hand LR senators who have made it one of their markers and on the other Renaissance deputies who defend the government system and do not intend to reduce its wings. Knowing that a restoration of the device in its initial version would leave aside certain beneficiaries of the activity bonus (already revalued by 4% elsewhere) – the public that the Republicans want to reach.