Andy Murray said that Rafael Nadal’s chance to win at the Australian Open is not too high. Murray missed the appointment with the first Grand Slam of the year. However, the British player is still very interested in the favorite tournament taking place in Australia.

According to Murray, Nadal is in impressive form, but the latest injury at the ATP Cup and the stability of Novak Djokovic on the hard court will be a significant obstacle to the Spanish star in the way to conquer the championship. Tournaments.

Women’s singles champion Roland Garros, Iga Swiatek competed for the eleventh win in the last 12 matches to beat close friend Kaja Juvan 2-6, 6-2, 6-1 in round 2 of the Gippsland Trophy. , the tournament prepares for the Australian Open. Swiatek will face the 9th seed Ekaterina Alexandrova in the round of 16.

“Sure it starts off very hard. I feel like I can’t concentrate and my mind isn’t in the right place. But, I understand that. This is my first match in the game. New season, “Swiatek shared the first set defeat with WTA Insider.

Nick Kyrgios made a comeback after 12 months struggling with a knee injury by beating Alexandre Muller 3-6, 6-4, 7-6 (4) at the Murray River Open, the warm-up tournament for the Australian Open. The 25-year-old suddenly let Muller rise after set 1 with a 3-6 defeat. Kyrgios could level the score in set 2 with the score 6-4.

In set 3, the Australian “bad boy” had an argument with referee Adel Nour when he said that he did not consider the situation of the boy picking up the ball, making it difficult for him in a phase to prepare to return the serve. However, he still won 7-6 in the decisive set to win a ticket to the second round against fellow rival Harry Bourchier.

Ferrari new driver Carlos Sainz believes that it will not be easy for Lewis Hamilton and Mercedes to take the throne at F1 2021. The Spaniard frankly judges the racers are ready for a subversion.

Although praising Hamilton for his triumphs at Mercedes, Sainz thinks that Hamilton is not necessarily the best racer at F1 2021. “I think Lewis Hamilton was the best racer last season, but nothing. Definitely repeat it at this year’s F1 “, Carlos Sainz shared. 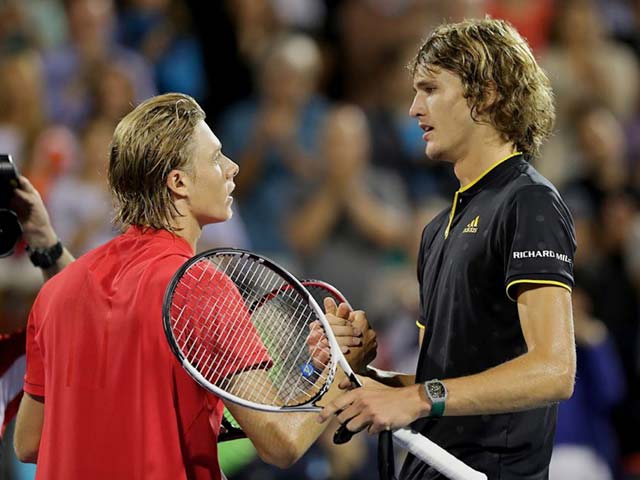 (Tennis news) Zverev – Shapovalov in the “death” group will be the most notable match of the second day of the ATP Cup.